Allison Weiss has some news. First, she’s signed on to No Sleep Records to release a full length album in 2013. Second, she’s releasing an EP titled “Making It Up” on January 29, 2013 (which you can pre-order). Third, the title track from “Making It Up” is streaming on Spinner and it’s really damn good and catchy. All of this after a summer of touring with Lou Reed in Europe and then touring America this Fall! Where does she find the time?

Spinner describes the track in this weird way: “[it] begins with chugging electric guitar, reminiscent of the Strokes while Weiss’ voice sounds like the female answer to Ben Gibbard.” I liked it better when Intern Grace described Allison Weiss as having “created a signature sound that is entirely her own: a sort of folk-pop-rock-emo glorious headfuck thing. She is the kind of musician you will probably fall in love with, is what I’m saying.” 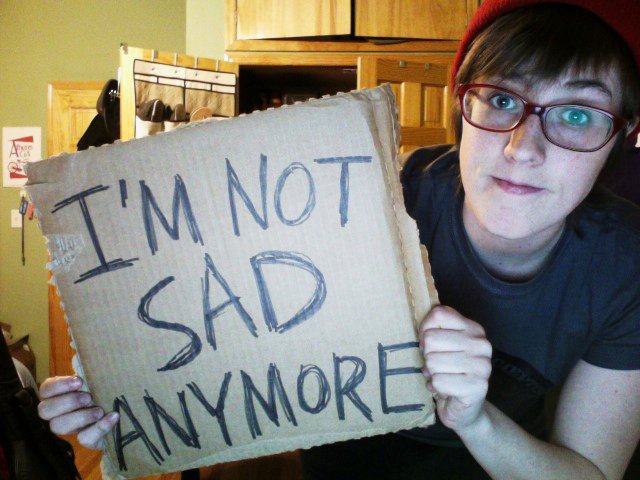 I think you’ll fall in love with this track, too. It’s so catchy and upbeat, you hardly notice it is actually about a heartbroken person asking their ex-lover if they had been making up the entire relationship. Creating upbeat and catchy songs out of really sad, heartbroken songs is kind of what I like best about Allison Weiss. “I Was An Island” was previously my favorite Weiss track, but I’m thinking “Making It Up” is taking the cake. It makes me feel like I could be eating a pint of ice cream and wallowing in a sea of self pity while simultaneously punch dancing out my feelings in an abandoned warehouse, you know? I’ve been humming it all day and bursting into spontaneous dance breaks, much to the delight of everyone around me, I’m sure.

Listen to “Making It Up” and let me know if you’re picking up what I’m putting down.