It’s Pride month, which you’ve probably noticed because nearly every company on earth is churning out rainbow t-shirts and rainbow bath bombs and rainbow cookies and rainbow ibuprofen. Most major cities even team up with, like, banks and mortgage companies to create their Pride parades these days. But what if there was a way to spend your hard-earned gay dollars and well-deserved gay vacation at a Pride event that was organized, hosted, and presented by real queer people with your best queer interests at heart?

Well, hey, good news — there is! This year we’re tag-teaming, once again, with Everyone Is Gay to host an all-ages, booze-free Pride party in New York City. 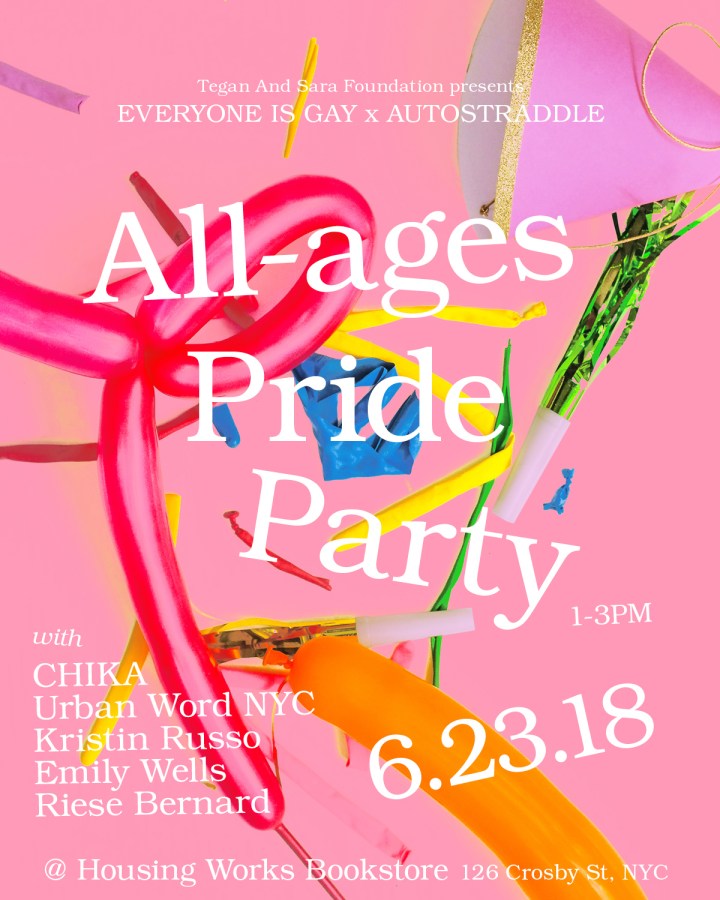 For more details, or to RSVP/share the event with your friends, check out the Facebook event. June 23rd! I’ll see you there!