I currently rock a pretty Rachel Maddow-esque ‘do and I love the sense of identity and individuality it gives me, but I live and go to college in Kentucky. In the first week of President-Elect Trump, I’ve been catcalled more viciously and with more derogatory remarks aimed at my stereo-typically gay haircut than I have in the previous three years that I’ve lived here. They’re getting more physically aggressive too. I don’t know what to do. I’ve been seriously considering growing out my hair to a more generic bob length for peace of mind… but that also seems like giving up and giving in to everyone else. So, I’m stuck. Is growing out my hair to make myself less of a target giving in, or is it a smart decision given the current (hate filled) political climate?

Don’t grow your hair out.

I know these advice posts aren’t usually so emphatic, but I must start by beseeching you not to do it.

I totally get it, and I’m pissed as heck that you even have to ask a question like this. I think we are all in our little corners of this dark, turbulent universe trying to figure out what will keep us safe in a world where Donald Trump is the next president and his VP is a guy who thinks electroshock therapy will fix our queer brains. I’m over here in Dallas, Texas going to Trader Joe’s instead of Kroger because TJ’s is easier to get out of and has a smaller parking lot, so if someone starts fucking with me I can escape more easily. I find myself trying to pass as male, trying to disappear, making myself as invisible as possible — and wondering, always wondering if there’s something else I should be doing to keep myself safer.

But don’t grow your hair out.

I used to have long hair, and then I had short hair, and then I had long hair again, and then I cut it, and then, and then — this cycle lasted almost a decade. I probably spent a cumulative three years with an awkward half-mullet. The last time I started growing it out, I was moving to Nicaragua and I felt like growing out my hair would provide some semblance of protection, make me seem normal, shield me from critique in communities where traditional gender performance was not to be tampered with. And you know what? It didn’t fucking work. I still got harassed all the time, I still got groped, and on top of that, I looked in the mirror every damn day and thought about shaving my head. When I finally gave up and got it cut, the volume of catcalling and harassment stayed the same; the difference was with short hair I sometimes got called a faggot instead of a slut. The other difference was that when I walked down the street I felt like myself, and that made me brave.

Back in Texas with a #1.5 fade, I’m always aware that my appearance could make me a target. But it’s not about my hair. There is no hairstyle in the world that would make me seem straight, feminine, or “normal.” And friend, I doubt you could pull it off either. I think you could style your hair like Dolly Parton and people on Kentucky front porches and in Kentucky truck beds would still call you a dyke in that horrible ugly tone that only bigots can growl with. 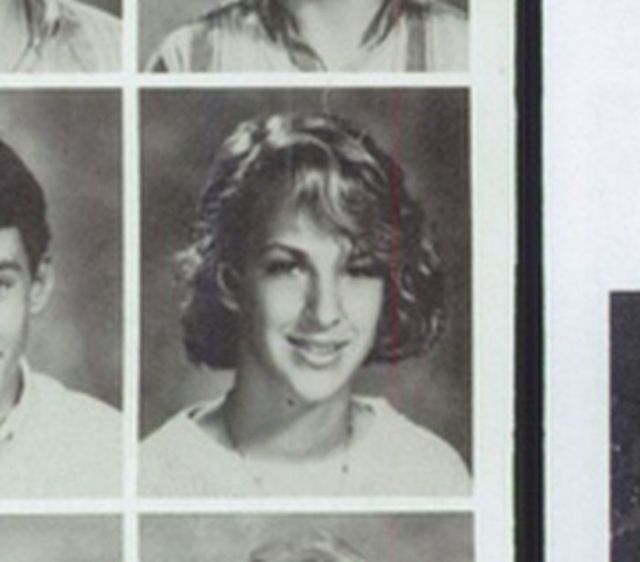 For reference, according to Google, here is Rachel Maddow with a bob looking gay af.

Be bold, darling. I wish I could tell you there is a switch you could flip or a wig you could wear that would make this time less terrifying and make the assholes less brazen, but there’s not. We have to be brave instead. We have to fight for people of color and Muslims and trans women and each other. We are looking at an impossibly ugly few years, and we have to find ways to settle into our bodies so we can be brave. Don’t make it harder for yourself, because God knows the people around you aren’t about to make it easier. Be your truest self and wake up every day ready to fight your best fight.

Keep your clippers at the ready, because you’re going to need them.