For more info on sending in questions, see the bottom of this post. Let’s get down to bossing people around on the internet! Today we’re gonna talk about the death of a parent. 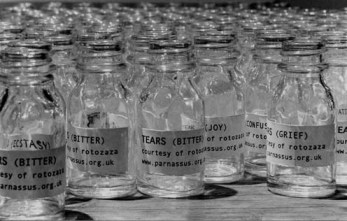 My best friend’s mother is going to die. She’s been battling breast cancer this summer, and it’s spread to the bone. She refused another round of chemo, and is now refusing hospice care, which looks like it’s the only option. She is going home this weekend to be with her… I was just wondering if you have any advice for her, or honestly, for me. My heart is breaking into a million pieces, I love her so much. She’s just 20 years old, a senior in college–her mother raised her alone, and they are best friends. I know I can’t do anything except be there for her, however she needs me to be, whether it’s making sure she eats every day or letting her sleep over at night, but I can’t even begin to imagine what she’s going through. I know your experience in this department is incredibly personal and private, but would you be willing to share any advice for picking up the pieces of your life after the death of a parent?

First you must accept that you cannot make it better. Nothing will make it better. That’s not temporary, either — the pain becomes familiar over time but it never gets better and nothing makes it better. Eventually the best anyone can do is recognize that tragedy isn’t a glitch in the matrix, tragedy is as much a part of life as happiness is.

Before I go on I want to say that my ‘experience in this department’ is similar to your friend’s but also different — I think it’s really different to lose a parent to a disease that kills over time than it is to lose a parent to a sudden unexpected accident/medical emergency. There’s no hierarchy, just difference with respect to how you see the world from then on out. I’m not sure she can imagine what it was like for me to lose my father suddenly and absolutely any more than I can imagine what it’s like for her to lose her mother gradually and then entirely.

But I know about the hole that you can’t make better. I guess I know about all the things that are the same, which is everything that happens after the death itself.

Be there. Just be there. For months afterwards I couldn’t be alone, which was so strange for me ’cause I’d always relished alone time. In order to survive entire days, she’ll have to start by surviving entire hours. At first it was minutes.

I cannot watch Home Improvement for one more minute

It helps to fill them. The minutes and then the hours and then the days. My Dad’s funeral was on a Saturday and I went back to school on Monday. Everyone thought I was crazy and I should take more time off. “Time off” sounded like purgatory.

But if she wants you to go, then go.

Basically do what she wants you to do. But sometimes it helps to pick the movie you’re going to see because deciding things can get exhausting.

Listen to her. Make her laugh.

Let her cry more hysterically than you knew human beings were capable of crying. It’s like animal sorrow, just wild and suffocating. Let her feel desperately sorry for herself. Let her feel entitled to everything else because she lost the only thing that mattered.  Dave Eggers, in A Heatbreaking Work of Staggering Genius, wrote about the sudden death of his parents which left him as caretaker for his younger brother and I admit I felt this way at times:

“Look at us, goddamit. The two of us, slingshoted from the back side of the moon, greedily cartwheeling toward everything we are owed. Every day we are collecting on whats coming to us, each day we’re being paid back for what is owed, what we deserve, with interest, with some extra motherfucking consideration–we are owed, goddamit– and so we are expecting everything, everything.”

Everybody grieves differently. For me it was like holding my breath. The first year is unfathomably terrible. Every holiday reminds you of last year’s holiday. It’s the first snow since they died. Oh, the movie they’ll never see but wanted to see just came out. So, this is what it’s like to not have parents on Parents Day.

An entire year of awkward pauses when people ask “what does your mother do?” (Somehow “mostly just lies around in the dirt” wasn’t funny to anyone but me, because nobody is as sick in the head as I am, apparently.) The first year is the hardest part and after that the pain just settles in for the long haul, less acutely but there all the same.

It’s like you’re being followed by a ghost that’s actually a hole. So I just tried to hold my breath — watched 90210, wore glitter from the craft store on my face like it was makeup, made music videos with my friends. I gradually built a life so different from the one I lived while he was alive that I no longer noticed his absence in every room. I built a life around rooms he’d never been in. I ran away.

I was six years younger than your friend. I don’t know how it would’ve been if I’d had six more years. I don’t think I would’ve run away. Maybe I would’ve known enough about myself to know where to begin with grief.

I can tell you what my friends did: they slept over. For the first week or so I had friends sleeping on my floor or in my bed. For a while I slept in my Mom’s bed with her. All of our friends brought food because everyone brings food. They listened to me. They let me try to push them away and didn’t take it personally and came back when I was ready.

Ask her questions about her Mom. Like ask her questions about when her Mom was the funniest or what was the best thing they ever did together or just ask her things so she knows that you know that her Mom is still a part of her forever and just because she’s dead doesn’t mean she’s not there.

If five years from now you say something like, “I think your Mom would’ve liked [x],” it will mean so much to her.

I was young and didn’t have very many things to keep track of, but for some people it helps to have assistance keeping track of things:

Did she eat dinner?

Did she enroll in [x] before the deadline of [x]?

Maybe it feels good to be taken care of. To feel like someone is looking out for her even though her mother is not, especially if she’s been taking care of her mother for a long time. Ask her about her things and take her out to dinner when things go really well. Make her feel like someone is tracking her progress so she knows her progress matters.

Take care of yourself. Sometimes step back from the situation and think “I am okay, and that is why I can be here for her in this sadness and not also die.” Recognize that you need to do things for you in order to do things for her. That means going out and gathering happiness where you can find it so that it all balances out. Don’t lose yourself. Take care of yourself too.

Your mission isn’t curing a thing, it is easing the pain of a thing, and there isn’t much reward in that. But it makes you a really good person, after all, to do it anyhow.

“Nature is morally blind, without values. It churns along, following its own laws, not caring who or what gets in the way. But God is not morally blind. I could not worship Him if I thought He was. God stands for justice, for fairness, for compassion. For me, the earthquake is not an ‘act of God.’ The act of God is the courage of people to rebuild their lives after the earthquake, and the rush of others to help them in whatever way they can.”