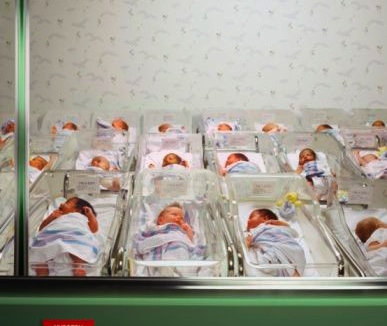 I know you know about sex selection. It’s that thing that provincial, backwards people in Asia do where they kill their daughters because they only want sons. Or maybe that’s just what you’ve heard. In a recent piece in Foreign Policy, Mara Hvistendahl explores the role of the United States in sex-selection practices. She argues against an ethnocentric-WTF-is-wrong-with-these-people approach and tries to uncover what exactly led up to a 160 million person gender gap.

In her initial research, Hvistendahl looked for ethnic and religious explanations for male preferences. Instead, she found that western money and concern for population control helped spread sex selection to every corner of Asia. Her reasoning goes like this: “Thanks to advances in public health, people were living longer than ever before. Projections released by the U.N. Population Division in 1951 suggested what the sum of all those extra years of life could be: Rapid population growth was on the horizon, particularly in the developing world.” Population anxiety found support in and secured funding from all over the political spectrum, and the subsequent research seemed to show that Asian couples tended to continue having children until they have a boy. Finding a way to guarantee a son from inception became the holy grail of population control work, and the rest is history.

Only it’s not. History, I mean. It’s affecting us today in places from China to Capitol Hill. Hvistendahl discusses the dire implications on women who live in areas that were affected by population control measures. With a shortage of women, sex-trafficking and bride-buying are on the rise. “Feminists in Asia worry that as women become scarce, they will be pressured into taking on domestic roles and becoming housewives and mothers rather than scientists and entrepreneurs.” And it’s not just women who are suffering the consequences: Researchers at Colunbia University and the Chinese University of Hong Kong believe there is a relationship between the large number of males and an increase in crime rates.

Politically, historical involvement with sex-selection practices is coming back to haunt PP and UNFPA. Pressure from anti-abortion movements has made it difficult for organizations to provide legitimate care in both developing nations and the United States. In June, the UNFPA, along with other international organizations, issued a report reexamining sex-selection. While anti-abortion groups have been quick to point out that sex-selection could be prevented by outlawing abortion, the report recommends encouraging legislation that puts women on equal legal footing with men, ensuring personal security for women and providing access to information and education.

In cases like this (and this), it can be hard to know where to draw the line between humanism and imperialism. With western colonialism and misguided philantrophy leaving their ugly legacy all over history, some argue that we aren’t fit to intervene, while others believe it’s our responsibility. Hvistendahl falls in the second group: “if we continue to ignore that legacy and remain paralyzed by heated U.S. abortion politics, we’re compounding that mistake.“