Holy *hit. After what happened Sunday morning, you would have to be living under a rock not to know the Women’s World Cup is happening. And it’s happening in spectacular fashion. I know we all just want to talk about the US/Brazil game (or the haircuts) but first let’s catch up on all the other greatness that’s transpired.

Well, not all of it has been greatness. Canada surprised everyone with their poor showing. Going 0-3 in the group stage, the team many pegged for coming second in Group A couldn’t pull off a single win. The only other team not to score a point in the Group Stage was Equatorial Guinea. 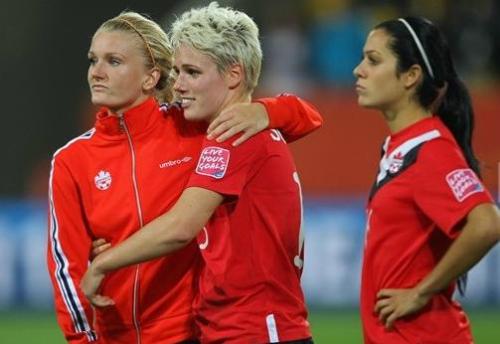 The quarterfinals began with the match between England and France. Despite France taking 33 shots on goal to England’s 7, the English hung on to keep it 1-1 at the end of extra time. English players, known for their affinity to miss penalty kicks, held up to that stereotype. Karen Bardsley, the English keeper raised in California, made a fantastic save only to have it spoiled by Claire Rafferty pulling her penalty wide. With the game on the line, England’s Faye White hit the crossbar sending France on to the semi-finals. 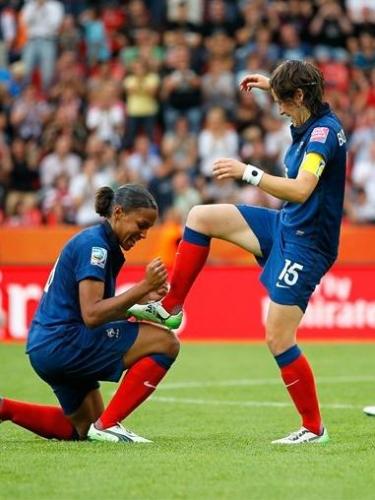 After the drama of that game, most were expecting a close but predictable match between the favorite, Germany and the slightly cocky Japanese team. Their confident attitude paid off as Japan upset the host team 0-1 on a goal by substitute Karina Maruyama. This marked the first time Japan has beaten a European side. A good sign for the progress of women’s soccer, a bad sign for white supremacists everywhere. 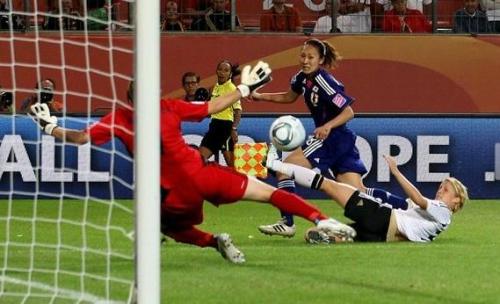 I have to admit, I didn’t see the Sweden vs. Australia match. It appears it was the least exciting of the bunch as the Swedes beat a young Australian team 3-1. Sweden is the only group winner to advance to the semi-finals where they will face Japan. 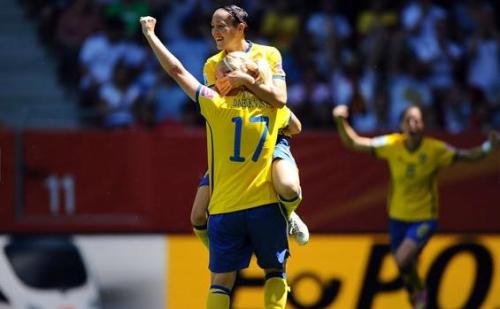 Last but certainly not least was the game I woke up at 8 a.m. on a Sunday for. The United States vs. Marta and Brazil. What could have been the U.S.’s earliest exit from the World Cup stage turned into the most exciting soccer game I’ve ever seen. For U.S. fans anyway. For fans of Brazil it was probably the equivalent of when a dream collapses in Inception.

Initially it seemed luck was in favor of the Americans when an own goal by Daiane at two minutes fired up the team. The match progressed normally until the little ref that could hit Rachel Buehler with a red card for a foul within the box. With no choice but to shake off what I think was a bad call, Hope Solo saved the penalty kick by Christiane and showed everyone why she is regarded as one of the best keepers in the world. However, the celebration was short-lived as a rekick was awarded and a mysterious yellow card floated down from the heavens above and took a dump right on Hope Solo’s perfectly slicked back ponytail. Marta converted the second try as a bewildered stadium looked on. At the end of the match, the announcers could only wonder aloud why a second try had been rewarded. It has been opined that encroachment by a U.S. player was the cause but usually such a minor infraction would not result in a retake. 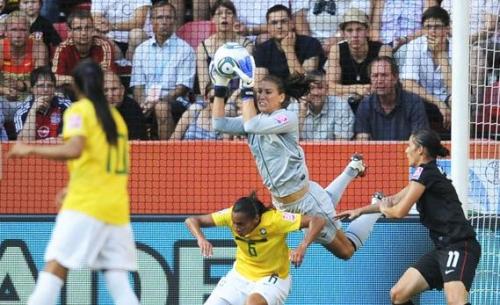 I moved on, they moved on, the world moved on. We entered extra time with the crowd clearly against Brazil. Their complaining had ticked those in attendance off as they began to boo whenever Marta possessed the ball. Marta had no fucks to give and scored a phenomenal goal a couple minutes in. There’s no doubt that the goal was brilliant, but again it was tarnished as Brazil may have been offside. This came just seconds after a questionable offside call was made against the Americans. 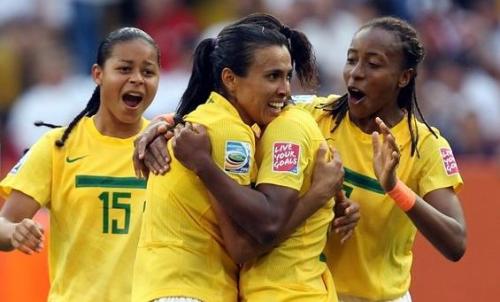 As the clock continued to wind down the American women began to fire at will, and I began to consider the likelihood of me crying if they were to lose the game. Brazil began stalling and took this tactic to the extreme with three minutes left on the clock. After being involved in a collision near the goal, Erika walked about five steps then inexplicably fell to the ground in a performance as convincing as Ezel’s from the movie Friday. While being carted off the field on a stretcher, Erika unstrapped herself and returned to the pitch. Had she known what would happen in injury time, she probably would have walked off her fake injury because at two minutes, Megan Rapinoe took advantage of the alternative lifestyle haircut connection. With Rapinoe’s beautiful cross from deep, Wambach lept into the air and netted the ball using her signature header. After many a questionable call, Wambach’s extra time heroics forced penalty kicks. 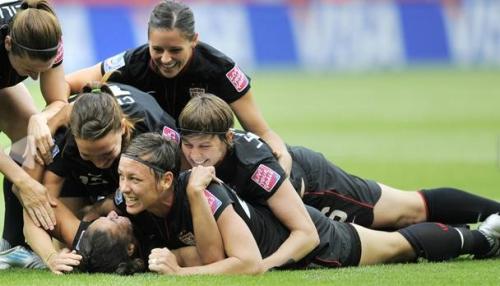 The vet Shannon Boxx was up first. She was rewarded a retake after goalie, Andreia stepped off her line on the first attempt. She converted the second try as did all players until Brazil’s third kicker. Daiane, the same same player that scored the own goal, had her shot saved by Solo. The next shot for each team was successful leaving the win in the hands (feet?) of Alex Krieger. She made her penalty kick, and the U.S. moves on to the semi-finals. Twelve years to the day after Brandi Chastain’s sports bra celebration, Krieger remained shirted. This makes sense to me since I’ve never had the urge to rip off my shirt while basking in my own awesomeness. Nevertheless, I am saddened by this missed opportunity. 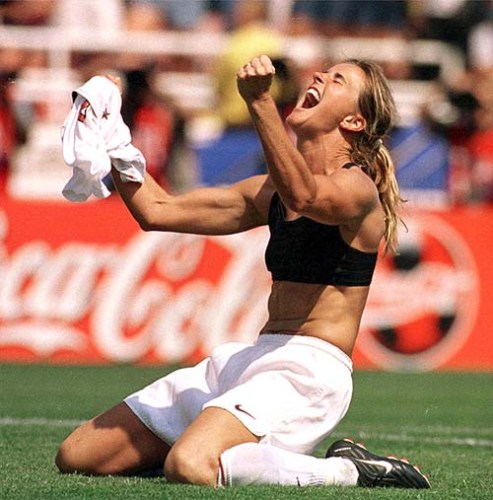 After a game that exciting, I never know how to celebrate. Jump in a pool fully clothed? Chug a 2 liter of pop? High-five a kitten? I settled on stringing together random letters on Twitter in a fit of excitement. Then I ate a bagel. The semi-finals are Wednesday, July 13. Make sure you have bagels on hand to celebrate if your team wins. Also, these videos should answer a particular question you may or may not have about the players on the Women’s National Team.