Born in Newark, New Jersey in August 1963, Whitney Houston was heir apparent to a dynasty in diaspora. Her mother was a respected gospel singer and back-up vocalist for Aretha Franklin. It would be Whitney’s cousin, soul princess Dionne Warwick, who came for Franklin’s “most-charted female vocalist of all time” crown. Dee Dee, Dionne’s baby sister, was a Motown ingénue before her time, recording songs that The Supremes and The Temptations would inevitably cover. There was also an older cousin from Mississippi, Leontyne, who turned down a gig with the Metropolitan Opera because she didn’t want to play Aida’s eponymous slave (it was 1958, and her home state was aggressively resisting the Brown v. Board of Education ruling; better job offers from the Met would arrive shortly.) 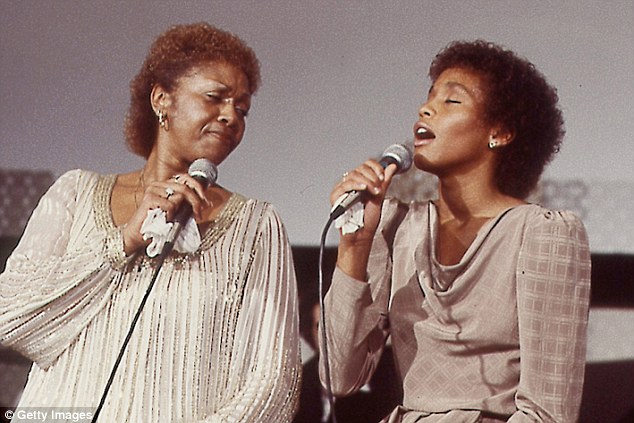 Like the women who came before her, Houston polished her incredible voice while singing in her church’s choir. She viewed her vocal talent, which spanned five octaves (for context: Beyoncé boasts four, Sia three, and T. Swift two), as a miracle to which she was spiritually indebted. Her faith and voice became inextricable sources of stability, one reinforcing the other as needed.

“She believed it was a gift from God,” remarks a close confidante of the singer in the Nick Broomfield’s Whitney: Can I Be Me. The documentary is the first major look at Houston’s talent, substance abuse, and relationships since her tragic death in 2012. It’s a solid attempt at distilling out what went wrong and who, if anyone, was responsible.

In Can I Be Me, Houston’s ex-husband Bobby Brown and the gay woman who first warned Mrs. Houston of her daughter’s drug use in the ’80s, Robyn Crawford, receive a healthy amount of screentime. As so does a third party: the Almighty. According to the entourage members and acquaintances that Broomfield interviews, Whitney’s relationship with religion was perhaps the longest and most tumultuous of her 48 years. While affording her emotional sanctuary and a place to grow as an artist, her faith initially prevented her from seeking a divorce, finding support systems outside of her parents, and acknowledging that her drug abuse required treatment. It also may have detoured her from pursuing healthy, loving relationships with women.

Allison Samuels, a writer and friend, recalls the speculation that ensued about Whitney’s probable bisexuality and the motives for stomping it out:

“Back then, there was this tremendous influence to be the perfect girl. It became quite a conflict. It’s interesting. You have this family riddled with drugs and yet homosexuality is what you’re gonna focus on when you would’ve probably had a better time trying to handle the drugs.

That fierce religion that Cissy had was very important to her because it was about people talking. It was the church talking. She’s an elder in the church. She’s a trustee in the church. And her daughter is a homosexual?”

To drive this home, Broomfield deploys a clip from a now-infamous 2002 interview with Diane Sawyer. Houston is asked, if she had to ‘name a devil’ among the substances she’s used, which one it would be.

Without missing a beat, Whitney responds with a smile and plenty of sinner’s guilt. “Me.”

Can I Be Me, focusing less on that final decade of deterioration, is structured around intimate footage from her 64-show My Love is Your Love world tour in 1999. The film incorporates new interviews with fellow musicians, team members, friends, and family. We get to see the diva as we’ve never seen her, devouring wings immediately after pizza, parodying Ike and Tina Turner with (a sometimes disarmingly hilarious) Brown. In a hotel living room, wearing pajamas, she settles in to watch the 1996 thriller that actualized Queen Latifah’s stud potential: Set It Off.

“The ladies’ movie!” Houston exclaims girlishly as she flops onto the couch.

It’s surprising how little Broomfield inserts himself into the narrative. I almost forgot Can I Be Me is his movie until a guy with an English accent asked an interview question from off-screen. In the event that your Nick Broomfield savvy begins and ends with the scene from The L Word where film bro Mark Wayland cites his creative influences: he’s a gonzo-type, often filmed as he ambles about, wearing headphones and a clutching a microphone. Broomfield’s known for moments where he chases after, often literally, a notable figure’s insignificant pals, offering them a humanizing chance to give their two cents’ worth. In Kurt and Courtney (1998), he catches up with Courtney Love’s former boyfriend, Rozz Rezabek, in a concrete basement. Broomfield’s two docs on the lesbian serial killer Aileen Wuornos (1992, 2003), available on Netflix, also feature off-the-beaten-path interviews, equal parts illuminating and strange, with the everyday people who knew her.

This all to say: I figured Robyn Crawford would be the Rozz Rezabek of Can I Be Me, Broomfield ringing her doorbell unannounced at some ungodly hour, his bald spot illuminated by his cameraperson’s LED light. This isn’t the case; Broomfield is respectful and Crawford is only present in old footage, her devastatingly long lashes and blonde fade haircut standing the test of time. It’s overwhelming to see this woman — once confined to grainy photos on gossip sites —in excess, and during her prime. In one clip, Crawford and Brown aggressively compete for Houston’s affection as the entire My Love is Your Love crew poses for a photo.

This seems to have been an ongoing theme, Houston’s lifelong friend duking it out against the newcomer boyfriend with a drinking problem who’d nicknamed her “RoboCop.” Despite Brown’s requests for Houston to discard Crawford, she refused. Occasionally, things would turn physical. David Roberts, a former bodyguard who was fired when he tried to get Houston help, remembers:

“There were some times when he [Bobby Brown] wasn’t the winner but Whitney would come in and pour the oil on the troubled waters.”

In 1999, Crawford called it quits, leaving the tour and Houston behind her.

While Can I Be Me speculates that Houston was bisexual, no one seems willing to define her connection to Crawford as anything other than a solid friendship. It’s almost enough to make me wonder if this is just a classic case of masculine-of-center identity meeting primitive understandings of courtship; how could a person like that be “just friends” with Whitney Houston?

“Everyone was responsible for her death,” Roberts states. Yet Crawford, in her deliberate absence, comes across as the least responsible, and far more loyal than anyone else interviewed for the film.

Whitney: Can I Be Me? is currently screening around the country and is available for streaming through SHOWTIME beginning August 29.

Join A+
Related:documentarieswhitney houstonwomen of color