My prized possession when I was a kid was my Nintendo, but that didn’t mean I wasn’t heckin’ jealous of my friends who had Sega Genesises. I’ve been obsessed with video games since I first held an Atari 5160 controller in my hand and it drove me absolutely bananas that while I could beat everyone I knew at every Mario thing ever, I was kind of terrible at Sonic the Hedgehog. I just couldn’t get enough playtime! At home I could explore the Mushroom Kingdom and perfect my Bowser attack strategy for hours. At my friends’ houses everybody had to have a turn because sharing is caring or whatever. Oh, how I dreamed of being Scrooge McDuck-rich enough to own a Nintendo and a Sega. But now I don’t need either of those things because Sonic Mania is here for Switch, PS4, Xbox One and PC. It’s everything that’s good about the original game, and I can play as long as I want, and swear while doing it. 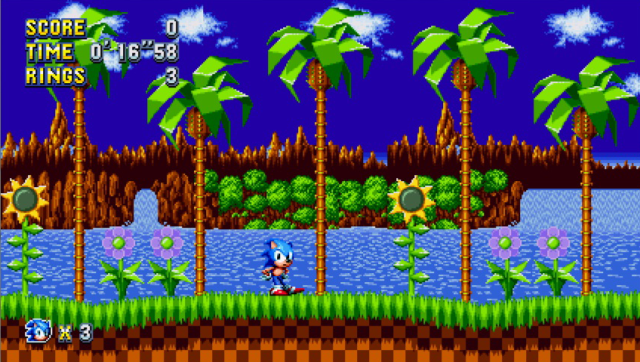 While Nintendo has continued to successfully build on Mario for decades, the Sonic franchise has tried and failed repeatedly to expand its universe and introduce new types of games for Sonic and his pals. Sonic has remained beloved but his newer adventures have been mostly forgettable. Sonic Mania is an unapologetic return to our favorite blue hedgehog’s roots. It’s a classic 2D side-scrolling adventure with 16-bit-inspired graphics and a synthesized soundtrack full of Sonic remixes that will shock your ’90s nostalgia into life. Sonic Mania isn’t just heavy on sentimentality, though; it’s actually a really good, really challenging game.

One of the things that made the original Sonic games so great is that there were so many different ways to play it. Sonic is made for speed and you were welcome to rush through every level as fast as you could jump and spin, but there were also loads of hidden goodies if you were willing to take the time to explore. Sonic Mania builds on that. The levels feel enormous, as if you could play them dozens of times and still unearth hidden treasures you haven’t seen before. Some of those treasures are now mini-games, which didn’t really come around until Sonic’s later days but were always one of the best things about his games. There are rings and bonuses and boosts and plenty of easter eggs floating around and buried underground. (Literally, if it existed in an original Sonic game, you can find it here.) 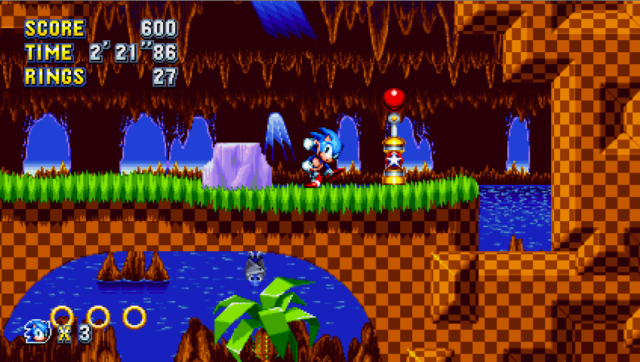 I expected Sonic Mania to be easy. I recently replayed Super Mario Bros. and Super Mario Bros. 3 and Super Mario World and blitzed through them as if I’d been playing them every day since I was ten years old. That’s not the case with Sonic. His physics have always been different than other 2D side-scrolling characters but I’d forgotten just how much. It took me a while to get the hang of the way he zooms and bounces and ricochets off things, and every level is a puzzle that only gets more complicated the further you advance. I can dismantle a first person RPG on my first play-through with ease. No loot is safe from me, no cave too hidden, no bandit camp or castle or capitol too dense for me to navigate through with one eye shut. But I spent a significant amount of time looking at Sonic tapping his impatient little hedgehog foot while I wondered aloud, “How do I get up there?” “How do I get back there?” “Where do I go?” I ran off plenty of cliffs on purpose so I could start over.

Doctor Eggman and his henchmen, the Hard-Boiled Heavies, are still your main nemeses, but now there’s a boss fight at the end of every level. They get more and more satisfying as you level up. One cool new thing in Sonic Mania is you can play as Sonic, Tails, or Knuckles!

It feels like nothing we loved in the ’90s is safe from being remade, and almost always the remakes don’t live up to the hype we hold dear from our little kid minds. Sonic Mania really does, though. The dazzling colors, the frenetic soundtrack, the gameplay: They all feel familiar, and fresh too. Over at Waypoint, queer gamer Danielle Riendeau hits the egg on the head, calling it “old-new, as if it were drawn in 1991, but never used until now.”

You don’t even have to be Scrooge McDuck-rich to buy it. Sonic Mania is only twenty bucks. That’s less than the original game cost in 1991!