Anna was new on campus when she headed to a fraternity party at Hobart and William Smith Colleges, a pairing of universities in upstate New York surrounding the Finger Lakes. (Men go to Hobart, women to William Smith, although classes and activities are fully integrated.) She was two weeks into her college career and exactly two weeks out from seeing an orientation video on the serious epidemic of campus sexual assault, which she laughed off with her friends. The joke ended, though, in the Barn. 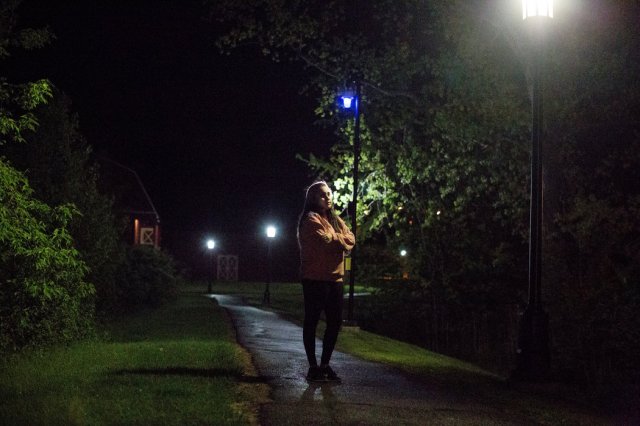 A New York Times cover story on Anna’s experience graphically depicts the sexual assault she experienced both in the Kappa Sigma fraternity house and in an on-campus dance hall called The Barn later that night, which I won’t retell. It also details the pathetic excuse for a judiciary hearing Anna and countless survivors across the United States have encountered when reporting rape and sexual assault to their universities.

A rape exam by a qualified nurse at the nearest hospital and other examinations the night of the incident would eventually find that she was sexually assaulted by multiple members of Hobart’s football team and suffered internal damage; staff would report to campus police that her blood alcohol content at the time of the first round of incidents at Kappa Sigma was likely twice that of what constitutes being “legally drunk.”

Yet 12 days after Anna reported her experience to Hobart and William Smith administrators, all three football players would be found completely innocent on all charges, including the violation of a no-contact order issued during the hearing.

Her hearing took place on campus with a three-person panel serving as the judges and jury, two of whom had not seen the campus police report and none of whom were professionals in the field of law enforcement, justice, or sexual violence. (One was the manager of the campus bookstore.) In Anna’s and the New York Time‘s opinions, none of the selected individuals on the panel were qualified to oversee the hearing. Anna was consistently interrupted and sidetracked during questioning, and panel members often misunderstood or misrepresented evidence and testimony. “It’s absolutely clear when I reviewed the transcripts in this case how untrained or badly trained the panelists were,” Anna’s lawyer, Inga L. Parsons, told The Times.

The case was decided before her rape kit had been processed, although her appeal afterward was similarly unsuccessful. Although the football players accused in the case had changed their stories for campus authorities, they were never asked why. The senior who had trapped her in his room and raped her in the company of his friends said he didn’t remember her name.

Throughout the hearing and after the decision came down, Anna faced harassment and bullying from her peers on campus for having reported her assault. Eventually, she took leave to go home. “It really felt like I had nowhere to go. It was such a toxic environment,” she told The Times. She added, “I do not recognize myself — I have become someone that I hate.”

Anna’s story is tragic, yet believable. I’ve written before about the challenge to implement successful anti-sexual assault programming on campuses, as well as the constant reinforcement of rape culture that comes from the top-down on campuses across the country. As I’ve stated then and is still true now, campuses make hard choices when they are responsible for handling these cases: they choose between justice and their reputation, high admission rates and telling the truth. In cases like Anna’s, it also seems obvious that the social status or athletic prominence of accused perpetrators can result in dismaying results for victims who report having been assaulted by them.

Hobart and William Smith colleges released statements after Anna’s story hit the front page defending their actions, and both times reiterated that they “have no tolerance for sexual assault or gender-based violence.” But, like many words, those don’t mean anything to survivors like Anna who struggle to remain in school (or, as she did, leave altogether) after an assault and face shame, guilt, and regret for having tried to take action. These words are not backed up by any concrete action, both within and outside of her immediate campus community. (Local police and the District Attorney have both spoken out in support for the colleges’ handling of the case, with Detective Brian E. Choffin of the Geneva Police Force saying his “thorough” yet error-filled investigation finding she couldn’t have been that drunk after all upheld the initial ruling.)

In her video interview, Parsons told reporters that Anna has admitted she would choose not to report if she could do it all over again. “That’s really scary,” Parsons said. “She has, y’know, the most supportive mom in the world, she has a lawyer, she has resources. And if she doesn’t feel as if she can go through this process, with all these resources… imagine all those other victims out there.”

Representative Claire McCaskill, a former sex crimes prosecutor who previously endeavored to end military sexual assault by reforming the process within the chain of command, held roundtables all last month on the campus sexual assault epidemic with advocates, lawmakers, and survivors in an effort to craft legislation targeted at improving this very facet of the problem: failure within campus administrations to handle the problem and handle it well.

In the aftermath of The Times‘ report, Slate contributor Emily Bazelon has also called for more transparency from campuses, making a case for increased reporting of data on campus sexual assault to Congress and the Department of Education as well as civilian access to the data relevant to putting the pieces of the campus sexual assault puzzle back together.”We hear horror stories about individual cases,” she wrote, “but we don’t have the data to know what’s happening across the board.”

Without those answers, however, we’re not completely in the dark. Even those few horror stories reveal a truly terrifying image: administrators are not stepping up to the plate, despite committing to and being obligated to offer judiciary services for these crimes. In Anna’s experience, the panel failed to understand not only sexual assault, but college life and sexuality in general. (Panelists inquired as to if she was being raped when her pants were down in a public dance hall and folks were laughing and taking photos of her during the assault. “I don’t know who dances like that in public,” she told them.)

The facts on campus sexual assault are so commonly stated by now that to repeat them feels like a broken record — but let’s go for it one more time. 1 in 5 women will become a victim of sexual violence during her time in college. Alcohol is the most frequently used weapon in sexual assaults. Over 55 colleges and universities — Hobart and William Smith, Yale, and Brown among them — are currently under investigation for failing to handle sexual assault on campus in a just way, thus violating the rights of their students under Title IX, the Clery Act, and the Campus SaVe Act.

Although more data could help us find a broader solution, the localized, campus community solution of finding committed administrators with knowledge of these issues to properly handle these cases in a dignified manner is still proving to be a huge challenge. Many of these “horror stories” are blatant violations of the law and of survivors’ rights in these situations, including Anna’s experience of having been identified as the accuser to her rapists and members of the campus community before the case began and being unable to have legal counsel present in her hearing. There is also a blatant disregard for the truth in hers and so many other cases, which we don’t need data to see. When your ruling contradicts medical findings, DNA evidence, and multiple witness statements, what is the point of having a hearing?

“When I came forward, I felt so good because I was told that people had my back, they believed me, and that the right thing would be done,” Anna told The Times. “To look back on that now, it’s just like… Why would they say that? How could you say that?”

In order to end this problem, campuses need to seek not just to increase reporting or raise awareness of violence, but to hold all perpetrators accountable and eliminate them from their communities. This third piece seems to prove most challenging. For an epidemic of this size, it seems foolish that we’re still stalled in this phase. For a problem we discuss almost every day across various media formats and outlets, it seems outlandish to watch more and more administrators attempt to pretend it doesn’t happen where they work.

Anna is returning to Hobart and William Smith next semester, against the wishes of her parents, in order to pursue justice for survivors on her campus. Like countless other survivors who are grappling with trauma and harassment in the aftermath of their experiences, she is now forced to take on the burden of solving a problem which we, as a nation, should have stepped up to the plate and fixed decades ago.

“Someone needs to help survivors there,” Anna told The Times.

Damn straight they do. But it’s hard to tell when the university will be ready to do it themselves.

Take action and tell the HWS administration to take rape seriously — and to do so with more than words.