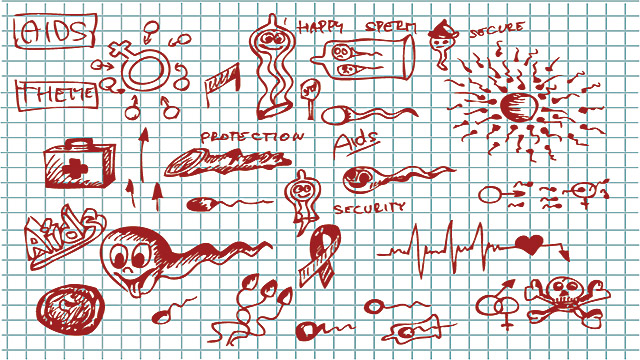 The long dominance of abstinence-only sex ed in this country has made any program that even mentions condoms look pretty damn good. But what if your teachers could have taught you what you really needed to know about sex? What would you have wanted them to say?

Helpful, truly comprehensive sex ed isn’t just a liberal pipe dream. In this weekend’s Times Magazine, Laurie Abraham profiles Sexuality and Society, a course taught by Al Vernacchio at the private Philadelphia high school Friends’ Central. Vernacchio doesn’t just teach kids about contraception and STDs. He also discusses something that’s become a taboo topic: pleasure. He’s taught his students that many women don’t orgasm through vaginal intercourse, encouraged them to think about ways sex could engage all five senses, and got them talking about the pros and cons of different types of relationships. Abraham quotes this representative lesson:

If you’re gonna have pizza with someone else, what do you have to do? You gotta talk about what you want. Even if you’re going to have the same pizza you always have, you say, ‘We getting the usual?’ Just a check in. And square, round, thick, thin, stuffed crust, pepperoni, stromboli, pineapple — none of those are wrong; variety in the pizza model doesn’t come with judgment. So ideally when the pizza arrives, it smells good, looks good, it’s mouthwatering. Wouldn’t it be great if we had that kind of anticipation before sexual activity, if it stimulated all our senses, not just our genitals but this whole-body experience. And what’s the goal of eating pizza? To be full, to be satisfied. That might be different for different people; it might be different for you on different occasions. Nobody’s like ‘You failed, you didn’t eat the whole pizza.’

Teaching that sex might actually be satisfying, and that it’s okay to think about what kind you might want as well as how to protect yourself from its consequences, is pretty uncommon. Abraham points out that the more popular approach is something some educators call “disaster prevention,” which takes as its central tenet that “abstinence is usually best, but if you must have sex, here are some ways to protect yourself from pregnancy and disease.” But treating sex like a disaster keeps teens in the dark about a lot of important things. As one sex educator tells Abraham, they don’t learn that they can experiment with different types of condoms to find a type that feels good to them (and that they’re more likely to consistently use). They don’t learn that they can say yes to types of sexual activity that they want, and no to types they don’t want, and that the answers can change depending on the partner or the situation. They don’t even learn how to think about what they want, because wanting has been taken out of the equation entirely.

It’s easy to view Vernacchio’s class as an anomaly, and to conclude that adults in general are always going to find teen sexuality disturbing and make every attempt to curb it. Sociologist Amy T. Schalet’s research in the Netherlands shows that isn’t the case everywhere. In a widely-cited interview with Salon, she describes a more open approach: “there’s been an attempt on the part of Dutch parents and the authorities to say, ‘This is happening, and we need to keep it from being secretive. We need to be able to keep control and be able to recommend that young people use contraception and see who they’re becoming involved with.'” She mentions one instance in which “a father tells his daughter that she should never do it unless she has the desire for it. He acknowledges that his daughter might actually want it, and that is a very difficult thing in the U.S. context for a lot of parents to do, especially for girls.”

Critics of Vernacchio’s class might argue that his lessons are okay for adults, but not for teenagers. But kids aren’t automatically issued an Adult Sexytimes Manual on their eighteenth birthdays. They enter adulthood with the lessons they learned in adolescence — and if all those lessons taught them was “don’t,” they’re going to have a lot of trouble. I know I wish I’d learned some strategies for talking about condoms and STI testing with real partners, not the unrealistic, one-dimensional meanies who populated many of our instructional videos (in the disaster models, those who want sex from you are often mean). I wish I’d learned that some women experience pain during sex and that there are ways to treat this. I wish I’d learned how to recognize pressure that’s more subtle than “if you loved me you’d have sex with me.” I wish I’d learned to advocate for my own sexual health, emotional and physical. Given that some abstinence-only curricula still tell kids premarital sex leads straight to death, it might take a long time for schools across the country to teach things like this. But if nobody asks, they never will.