There’s a lot happening in the world right now. We’re 22 days away from a national election that will change the course of this country. Right now, as I write this, Republicans on the Senate Judiciary Committee are jamming through the nomination hearing of Amy Coney Barrett, a personified threat to our nation’s healthcare system and bodily autonomy of its citizens, in a sham of a process that’s also left most of its committee members exposed to COVID. Because oh yeah, the president of the United States tested positive for COVID-19 just ten days ago, along with the chairman of the committee. So let’s not forget the ever present threat of the global pandemic, the depths of economic recession and emotional depression it’s put us through. Like I said, lots! going! on! In between all the mess and anxiety that surrounds us, I want to bring you this tangible piece of joy: You can save the perennial queer favorite sitcom One Day at a Time… all you have to do is watch it tonight (and the next three weeks) on CBS. 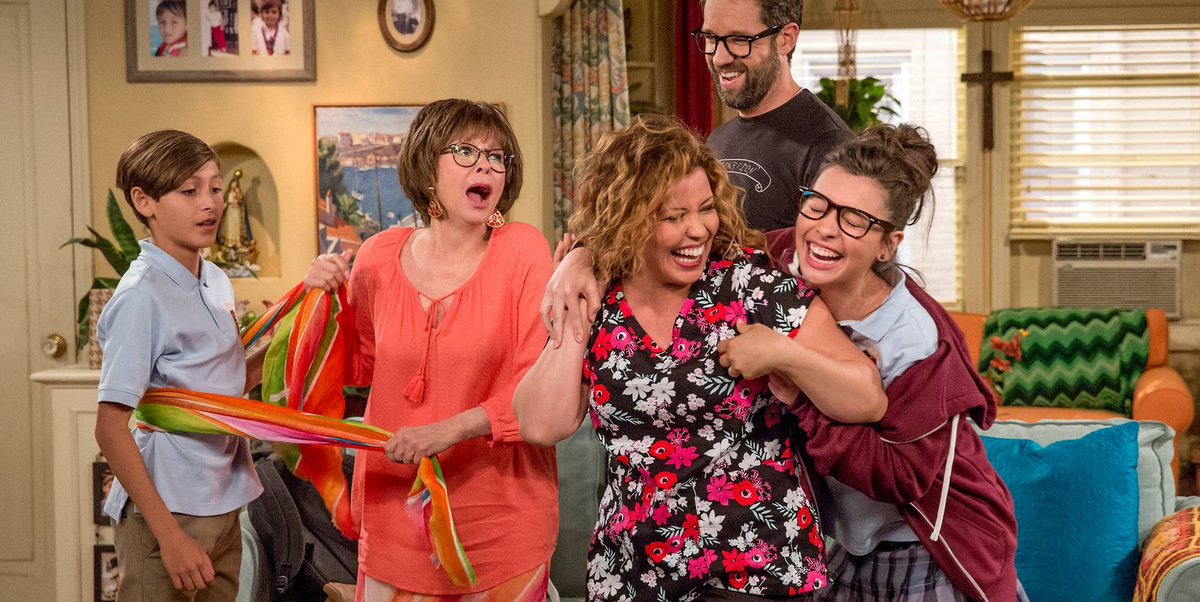 Save One Day at a Time! So we can dance and be happy! EVERYTHING ELSE IS SAD.

Much like Abuela Lydia, never one to mince her words, I’m going to give it to you straight: One Day at a Time has one lifeline left. And this is it.

If we don’t watch the CBS re-airing of the series’ fourth season (previously aired on Pop TV during the early days of the pandemic, when we were all shellshocked with fear and it was the kindest balm), it’s very likely going away forever.

“It always felt like the show was on life support, and maybe it would open its eyes any day.” That’s how One Day at a Time showrunner and executive producer Gloria Calderón Kellett described it to the LA Times when the series was originally cancelled by Netflix in 2018. “We were holding a several-months-long vigil. Some days it was touch and go. It was a little too hard on the heart. Some days, we’d be like, ‘No, no, no.’” And you know what? We’ve been in that touch-and-go ever since.

After the series’ original cancellation, producers shopped to the comedy to other networks, eventually landing at Pop TV, which is owned by ViacomCBS. Then, just as the stage was set for its triumphant return — the coronavirus came knocking at our doors. Their entire promotional train was derailed. That fancy panel at PaleyFest? Cancelled. Rita Moreno’s guest stint on The Late Show with Stephen Colbert? Forget about it. Likewise, The View and The Today Show. ODAAT finally was going to have the mainstream buzz it deserved, and instead it was forced to scrap by on its own in the worst of conditions. (Much like many of us sitting at home just trying scrap by out of this hell of a year, I might add).

Now, Pop TV is reportedly getting out of the scripted television production business altogether. Tonight’s premiere on CBS is really all we got. But you know what, like Calderón Kellett says, “You can’t keep a good show down.” 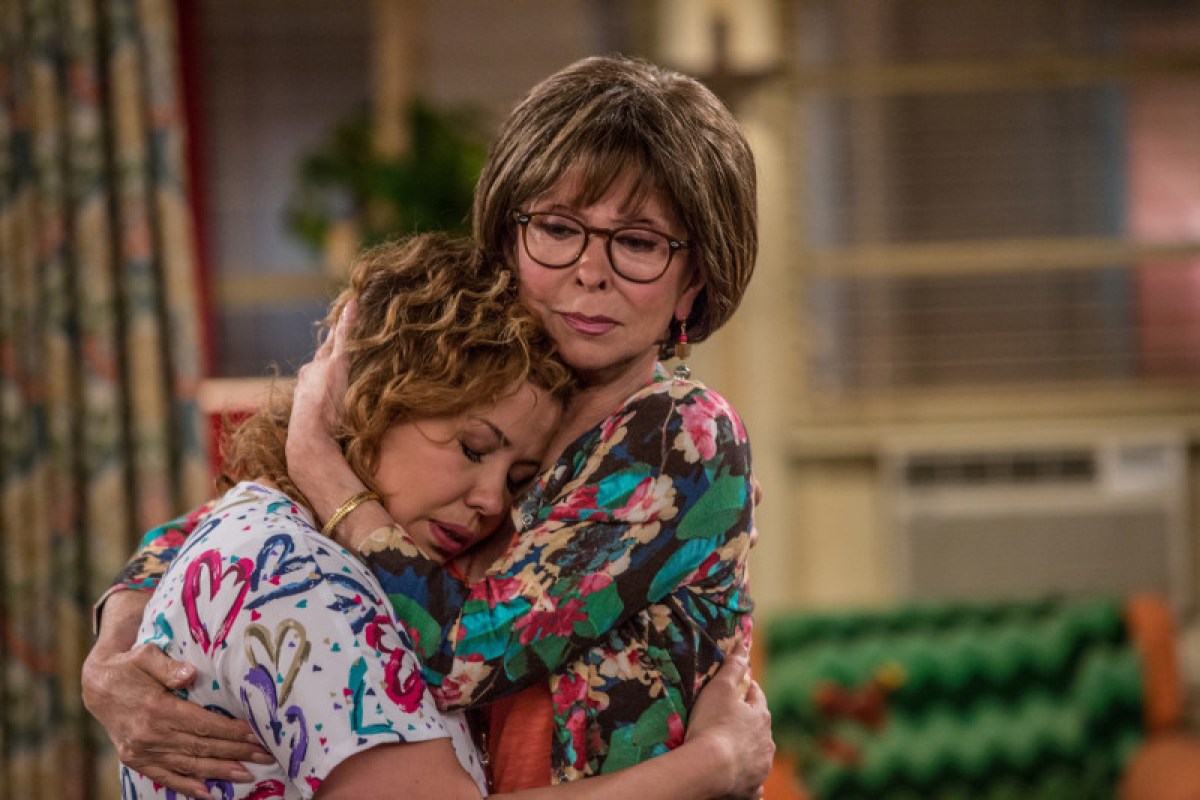 See these sad faces? WE CAN STOP THESE SAD FACES!

Maybe that sounds looming and scary, but I prefer to put on Elena Alvarez Queer Teen Superhero optimism cap and tell you that this is an opportunity. CBS is the largest and most-watched network in the United States. And while the show’s original deal with ViacomCBS network Pop TV always included a re-run of the series on the CBS broadcast network, it was originally imagined as summer burn off content, something to air when no one was watching. But then coronavirus-related production woes happened industry-wide, and now One Day at a Time has found itself landing its big time premiere smack dab in the middle of the fall schedule, which happens to be television’s biggest stage.

So, in so many ways, this TV moment is actually a come up for a show that’s always existed on the bubble of cancellation. At least as much as it is also a Hail Mary pass. ODAAT has never, not ever, had a bigger platform to shine than it does right now. All we have to do is show up.

Gloria Calderón Kellett said as much to Tell-Tale TV last month, “we really want to get the word out that if people want more One Day at a Time, the best shot is a home at CBS where we could make the show for many more years and have a proper broadcast home. So it’s thrilling. It’s really thrilling, and we’re so excited, and we want to make more.”

Listen to the woman, this is THRILLING!! And we can do this, you gay nerds! We can watch a show we already love, stay steadfast this month, and save a beloved sitcom. 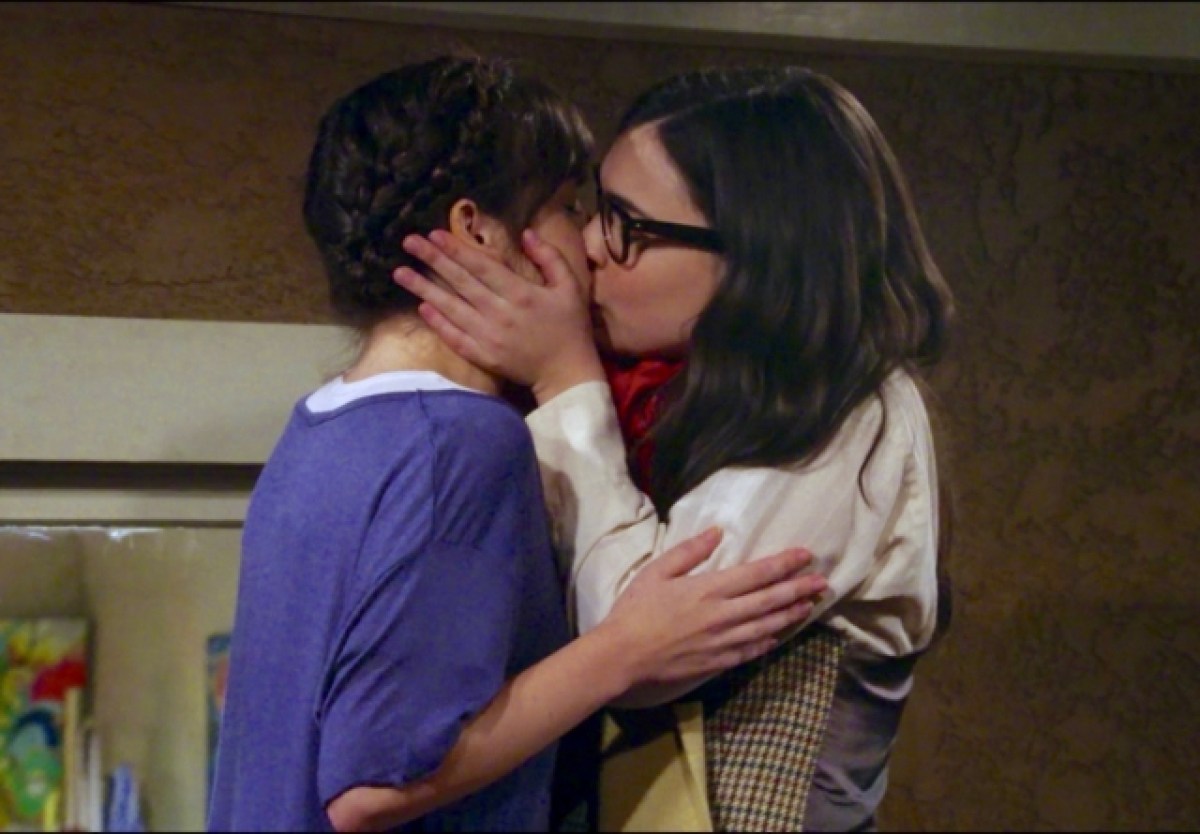 Do it for the nerdy gay teen kisses! Who else has their first kiss while dressed like Dr. Who? NO ONE THAT’S WHO!

Coronavirus related television cancellations have already come for a quite a bit of our queer shows, ABC has cancelled Colby Smulders bisexual dirtbag (and yes, that’s a good thing!) Dex Parios in Stumptown, despite having previously renewed the show. That same “previously renewed and now snatched from the jaws of victory thanks to COVID” also happened to Netflix favorite G.L.O.W. just last week, cancelling the series’ final fourth season. The Netflix grim reaper wasn’t done, also cancelling the most fun teen comedy-mystery I’d seen over five years, Teenage Bounty Hunters after its stellar first season. Did I mention that Netflix also cancelled One Day at a Time almost two years ago, which is how we ended up in this mess to begin with?

That’s not even to mention that One Day at a Time is making its broadcast premiere tonight in a television landscape that originally had slated zero Latinx television shows on broadcast television. (One Day at a Time , and the equally saved from the dusty shelves L.A.’s Finest on FOX are helping to change that statistic). After a year when zero Latinx actors were nominated for an Emmy Award. Yes, I really said ZERO.

As queer television watchers, we’re often left mourning our shows in their wake. The stories that make our heart beat out of their bleeding chests, the ones that leave our shirts wet with tears of recognition, or our gut doubled over in that particular kind of knowing laughter (ODAAT has done all three) — they don’t often get to make it to the finish line. Straight audiences, and as is most often the case, the straight white men behind the scenes who control the money of the production, don’t get why our stories matter. But WE do! And One Day at a Time does! And this time! This time we can save it.

This is a rare opportunity. We don’t have to pour out our cafecito and wonder what would have happened. We can still see Elena take Syd to prom (I hope they go in cosplay). We can still send Elena off to college and watch her crush on her Feminist Studies professor and wear Birkenstocks and drive Lydia crazy. We’re going to watch Papito drive his first car. We’re going to see Abuela take Penelope to Cuba for the first time, and watch them cry when their feet hit soil.

There’s still time on the clock. So get ready, the next three weeks count. 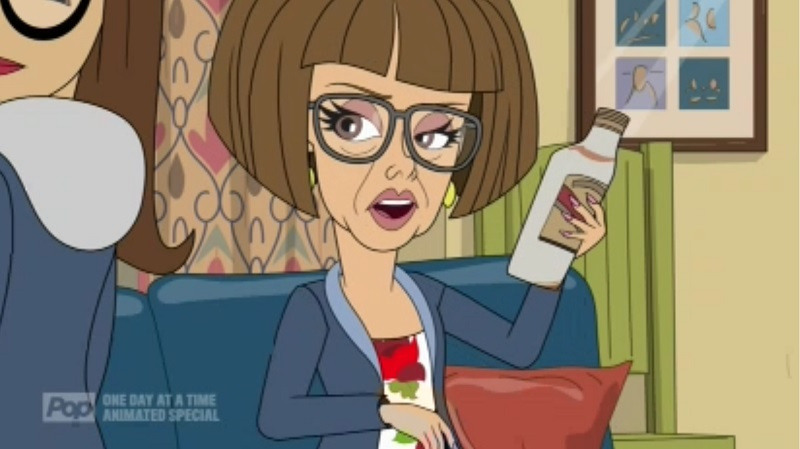 Abuelita Lydia also recommends rum, if that’s your thing. You can also drink water. But  drink up! It might be all we have left. 

Carmen has written 531 articles for us.