Last week, singer Frenchie Davis told St.Louis Post-Dispatch that she has been in a lady-loving relationship with another lady for about a year: “I wasn’t out before the relationship, but I wasn’t in. I dated men and women, though lesbians weren’t feeling the bisexual thing. Now I’m in love with a woman I think I can be with forever.”

well i guess the cat’s out of the bag…or should i say closet?….

The 33-year-old graduate of Howard University’s musical theater program was speaking to The Dispatch in anticipation of her gig at PrideFest St.Louis — one of three Pride ceremonies on her schedule last weekend. “I make my rounds,” she said. “The gay community is my most loyal fan base. Whenever an opportunity presents itself, I jump at it.”

Frenchie attested that she’s been immersed in the gay community since forever — her closest friends in college were LGBT and her favorite professor was a gay guy who took Frenchie to drag clubs: “I love the gays. I love the gay boys. They have that awesome, masculine energy, but there’s also something else going on as well.”

If you’re not already familiar with this rising star’s career, we’re here to help. 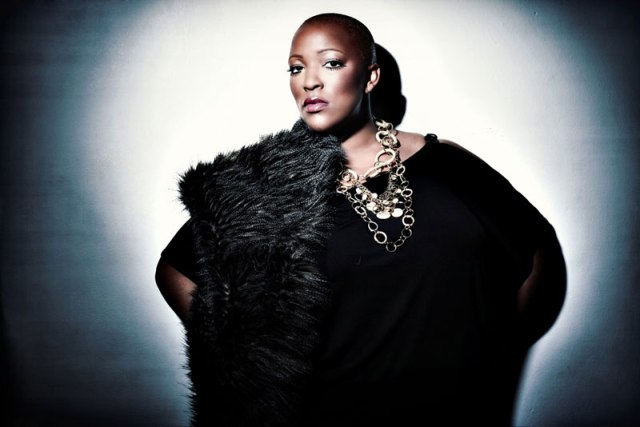 The powerhouse vocalist seemed like a shoo-in for Idol‘s final round. She wowed Randy, Simon & Paula at auditions with “And I Am Telling You…” and was unanimously voted into the semi-finals in Hollywood.

At that point, facing piles of paperwork and prospective background checks, Frenchie thought it best to come forward and let the producers know that as a 19-year-old, she’d taken some racy photographs but “that’s not the person I am [anymore].” She remembers that “we talked about it and then nothing happened.”

Until two months later, when she was told that her participation on the program would be “inappropriate.” Frenchie: “They had decided that because American Idol was a family show, that they could not have me on the show because of the pictures I had taken – though they had never seen the pictures.”

Here’s the rub: nobody on the Idol team ever even saw the photos. Not one person! The website they were posted on no longer existed. They kicked her out for being upfront and honest about a potential problem that wasn’t even a problem. Even if the pictures did exist, kicking her out over that is intensely shitty.

So when season six’s Antonella Barba was allowed to participate despite numerous “provocative photos” uncovered of her, Frenchie was like, “Really?“

Najee Ali, Project Islamic H.O.P.E. activist said: “It’s obvious that it’s a racial bias… when you have a situation where a black contestant is punished and a similar situation happens to a white contestant and there is no punishment and they’re allowed to continue on the show.” Rosie O’Donnell said on The View that she believed the discrepency was motivated by racism.

Frenchie’s take on it: “I couldn’t help but notice the difference between the manner in which she was dealt with and how I was dealt with…. I think it’s fantastic if Idol has evolved, and I think it’s fantastic she won’t have to go through what I went through four years ago … but if the rules have changed, I believe there should be something to make up for the fact that I was humiliated needlessly.”

But whatever to all that as Frenchie’s had an amazing Broadway career since then. Frenchie starred in RENT on Broadway for four years. She played Effie for the Dreamgirls national tour and also appeared in the Ain’t Misbehavin’ national tour as well as European productions of Little Shop of Horrors and Jesus Christ Superstar.

Frenchie made it onto The Voice in 2011, auditioning with “I Kissed a Girl” and snagging a spot on Team Christina Aguilera. Blake Shelton, an apparently famous man who sings songs, told Frenchie she was “the most powerful singer in this competition.”  She finished fifth overall. Another queer, lesbian singer Vicci Martinez, placed third. 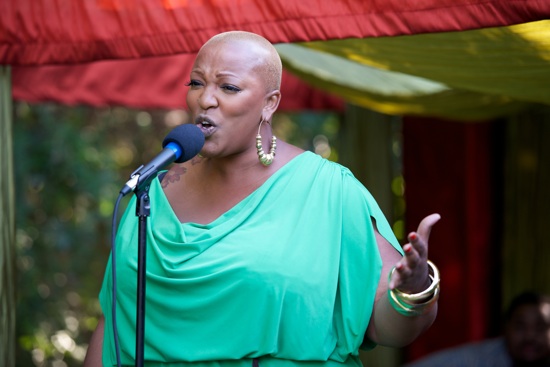 In conclusion, we’ve got another strong, talented, beautiful woman on Team Gay. What’s especially special about all this is that somehow this news broke last week, and despite the fact that I literally spend 12 hours a day on the internet and the gay internet specifically, I missed this until today. As Entertainment Weekly promises to explain in their print issue this week, we’re entering a new area of ‘casual’ coming out situations. Who knows who else might turn up gay by the end of the summer!

Join A+
Related:bisexualitybroadwayThis Is A Coming Out Postwomen of color