Queer Kid Stuff is an educational webseries geared towards a young audience. Think Mr. Rogers, but with a cute queer woman in a fun button-down shirt instead of a kindly man in a red sweater. 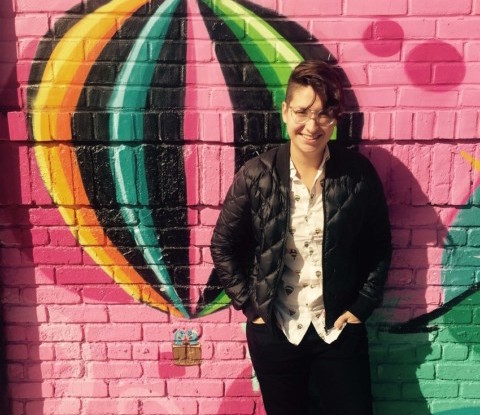 Lindsay Amer created Queer Kid Stuff because she saw a need for age-appropriate and affirming LGBTQ educational content geared towards young children. She and her best stuffed friend, Teddy, star in the series. The first video “What Does Gay Mean?” was released last spring and the rest of Series One is slated to be released this fall.

You can watch the first six episodes in the ten episode series right now, covering everything from gender to homophobia to cartoons. Share them with a young person in your life and subscribe to get notifications about new episodes!

Episode 1: What Does Gay Mean?

Episode 2: What is Gender?

Episode 3: What Does Queer Mean?

Episode 4: What is Marriage Equality?

You can support Queer Kid Stuff by donating to their Patreon. Read more of Amer‘s thoughts on queer kids at The Parents Project.