Please excuse me while I pick myself up off the floor because I am just plowed over by the brilliance that was Laverne Cox giving the keynote address at the National Gay and Lesbian Task Force’s 26th National Conference on LGBT Equality: Creating Change.

Creating Change is happening right at this very moment! Maybe you’re there yourself. It is a big, queer, corporate conference sponsored by everything, from lube to oats to airplanes and the AARP. (The cool part about its bigness is that a bunch of radical queer people can come together and use all that super corporate money for radical things!) This year, 4,000 people from across the United States are gathered in Houston, Texas for the five-day festival of queer networking and “networking.” The themes of the 2014 conference are HIV/AIDS in communities of color, trans* rights, and the intersections of the gay rights movements with healthcare and immigration.

Cox’s presence at Creating Change is clearly setting the tone for the conference and for the direction of the movement. Samantha, a grad student at Emory University attending Creating Change, spoke to that: “I am at CC because Laverne Cox is here! It’s a banner year for transgender activism and …I’m thrilled that trans women of color are at the center of this conference instead of the periphery.” 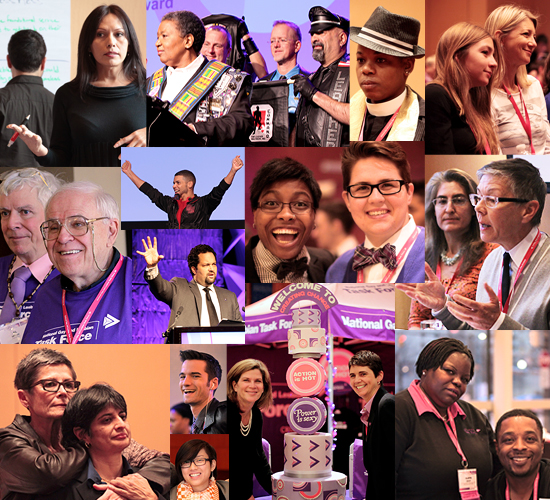 via National Gay and Lesbian Taskforce

There’s a lot on the docket for Creating Change. Each day is packed with shorter workshops and daylong “institutes” to go more in-depth on issues ranging from economic justice to bi/pan/fluid organizing. Flipping through their 160-page catalogue, these would be my highlights:

If you’re there at Creating Change, I’m jealous. But thanks to technology, I tuned into the livestream of the opening plenary that kicked off the conference. After an hour of PSAs and introductions, Houston Mayor Annise Parker spoke, Kate Clinton told some bad jokes, and then finally, finally, Laverne Cox came on stage to give her keynote address.

The crowd exploded when Cox took the stage. She opened by speaking directly to what that felt like: “I have to say that a black transgender woman from a working class background raised by a single mother — that’s me — getting all this love tonight, this feels like the change I need to see more of in this country.” She used the stage to highlight the work of trans women activists across the United States, naming the power of love and resilience in resisting the violence that is constantly perpetrated against trans women, specifically trans women of color. 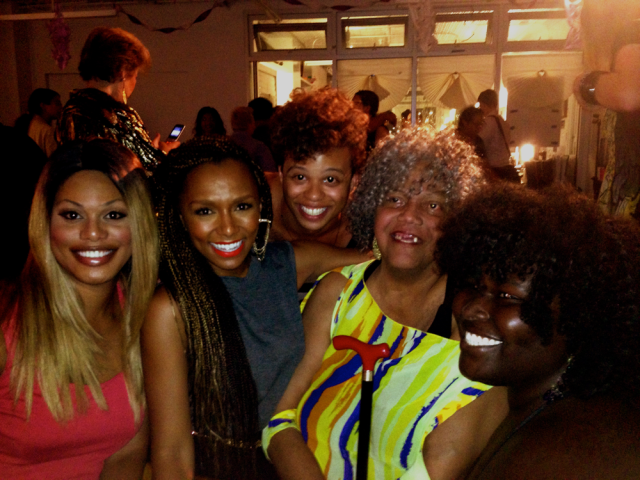 Cox pointed to trans activists Silvia Rivera, Miss Major, Monica Roberts, Kylar Broadus and Candis Cayne for the work they’ve done that paved the way for her. Cox named organizations serving trans* people like the Chicago House’s TransLife Project and Casa Ruby in Washington, DC, specifically noting their need for more money to do the work that they do.

“Trans women supporting and loving each other is a revolutionary act.”

Cox named the necessity of love in the struggle for justice for trans women of color, pointing again to CeCe, the Transgender Youth Support Network in Minneapolis, Minnesota, and the work of grassroots activists there that did amazing work with few resources to make sure CeCe did not get lost in the criminal justice system.

“The way in which CeCe advocated for herself and the way in which her support committee advocated for her is a template for the way we do activism all over this country. It started with CeCe and it started with her having this profound sense of love for herself, that everyone around her felt. Everybody I talked to who has come in contact with CeCe talks about this woman who inspired them and who had so much hope and propelled them to have hope to and to fight on her behalf. Love for a black trans woman freed her and kept her safe on the inside. …I believe when we love someone, we respect them and we listen to them, and we feel like their voice matters… We let them dictate the terms of who they are and what their story is.” 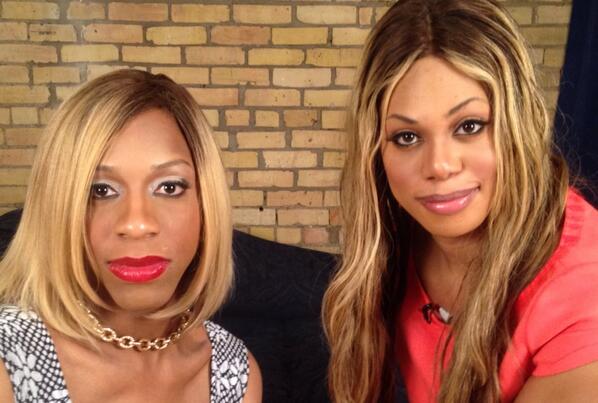 What was truly incredible about watching Cox speak is that she didn’t just talk about the revolution — she made her speech a revolutionary act in itself. Even a year ago, it seemed unlikely that a black trans woman could have that kind of platform, speaking to the public of the LGBTQ community as an actor who already has recognition in the mainstream community at-large. Cox named how much has changed, how much trans women have been at the center of that change, and also how much still needs to be done. “Trans women supporting and loving each other is a revolutionary act,” she said. Referring to the responses to her and Carmen Carrera’s interview with Katie Couric, she said, “We are changing the conversation right now.” And you know she was including Mey’s response.

Throughout her speech, Cox was interrupted by applause over thirty times. “It really is a big deal to have this kind of support,” she said. She talked about having lived most of her life being chased by people who were trying to beat her up, and struggling with self-hatred.

“I’ve always been like, ‘Love myself? How the heck am I supposed to do that?’ …I believe, now, I’m starting to understand a little bit of what it means. I don’t internalize all the negative things and negative stereotypes that people have of trans women of color. I don’t do that number on myself anymore… I am starting to believe that in the deepest core of myself that I am beautiful, I am smart, I am amazing.”

Cox brought a clear call to action for the audience at Creating Change: support trans women, and make their voices the ones which define the struggle. She used her platform to breathe life into the room and the movement, speaking to the realities of the lives trans women of color live today, reminding all queer people that we cannot be complacent, that there is always more work to be done in the struggle for justice for trans* people, and that that work must be done from a place of love.

Take some time to listen to Cox’s speech for yourself. You can tune into other Creating Change plenaries online at the Gay and Lesbian Task Force Livestream.