US Marine Convicted of Homicide

After more than a year since transgender woman Jennifer Laude was found dead in a hotel room, a Phillippine court convicted US Marine Joseph Scott Pemberton of killing her after he found out she was trans while they were having sex. Pemberton was on leave in the Philippines after participating in joint military exercises when he met Laude and her friends at a bar in Olongapo. Pemberton was convicted of homicide — and not murder, which is a different charge — for first strangling Laude and then drowning her in a toilet bowl in October 2014. He was only sentenced to 6-12 years in jail and was credited with time he already spent in a military detention camp. The court also ordered Pemberton to pay Laude’s family 4.6 million pesos ($98,000) in damages. The family’s lawyer Harry Roque said that “this is a bittersweet victory because it is not murder.” The AP reports, “The judge said she downgraded the murder charge to homicide because conditions such as cruelty and treachery had not been proven.” Umm, I don’t understand how there wasn’t any cruelty or treachery proven when this US marine squeezed Laude’s neck and then dragged her to the bathroom where he proceeded to dunk her head in the toilet bowl and then just walked away all because he “panicked” after finding out she was trans. He testified in August and admitted to choking Laude but says she was alive when he left her in the shower.

Pemberton’s conviction is just a slap on the wrist compared to what he did to Laude and in addition to his short time, it’s unclear where he’ll spend that time since he’s under the purview of the US military. The AP reports: “The judge said an agreement between the U.S. and the Philippines was ambiguous and failed to state in which facility within the Philippine military headquarters Pemberton would be detained and which government agency would have supervision. She ordered that he be brought to the [New Bilibid Prison] national penitentiary, in accordance with local laws, until it is decided where he should be permanently held.” Pemberton’s lawyers managed to get an appeal and let him stay in military headquarters for five days until a more permanent facility is agreed upon. I mean, if this is any indication of his time locked up, the odds are in his favor being locked up in a US military prison.

+ Canada will accept 25,000 Syrian refugees by the end of February and are giving priority to gays and lesbians, “women at risk,” families and single GBT men. The plan is to welcome 10,000 refugees by the end of December and 15,000 by the end of February. Canada plans to “invest up to $678 million over the next six years toward resettling and integrating the 25,000 new arrivals.” “We have a responsibility to significantly expand our refugee targets and give more victims of war a safe haven in Canada,” said Prime Minister Justin Trudeau. “The resettling of vulnerable refugees is a clear demonstration of this. While our plan is ambitious, it reflects Canada’s commitment to share responsibility and offer protection to those who need it. Canada must once again be regarded as the compassionate, generous country we’ve always been.”

+ Three men ages 23 to 33 were killed and five were injured at a gay festival in Acapulco, Mexico. It’s unclear if the violence was an anti-gay attack or part of the high rates of violence found in the city. Acapulco has the highest homicide rate in Mexico.

+ Transgender Bolivians can now change their name, sex and gender on legal documents, the Justice Minister announced on Thursday. The law comes three years after Raysa Torriani, the national coordinator of the Bolivian trans movement, proposed the bill to the legislative assembly.

+ Japanese city of Ta­ka­ra­zu­ka will issue certificates that recognizes same-sex partnerships which will be equivalent to a marriage license. The city will set guidelines by March so same-sex couples will be treated the same as opposite-sex married couples in regards to various services. Two other wards in Tokyo were the first local municipalities to introduce the certificate system. 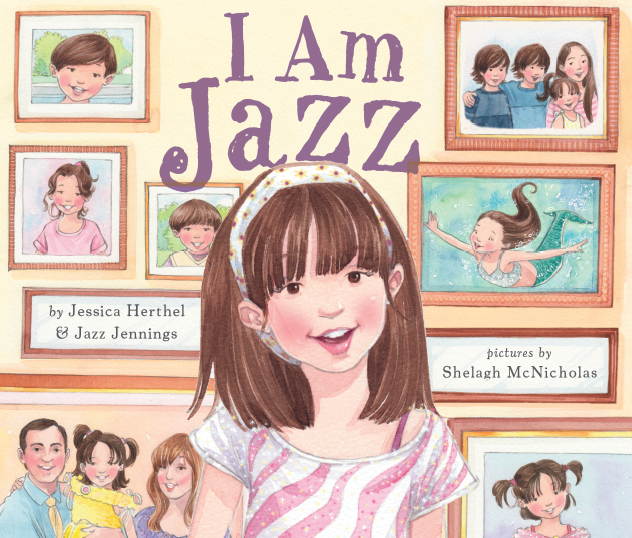 + An elementary school in Wisconsin cancelled plans to read a children’s book called I am Jazz written by trans teen Jazz Jennings after a hate group got wind of it and threatened to sue the school. Mount Horeb Primary Center sent a letter to parents explaining they were going to be reading the book because the school wanted to create a more inclusive environment for a transgender student attending the school. Some “concerned parents” called anti-LGBT group Liberty Counsel who then wrote a letter to the school threatening a lawsuit if the reading wasn’t cancelled. In the letter the group misgendered Jazz and said some gibberish about the book “confusing many children” and being “false and misleading.”

+ On Wednesday, The New York Times used the gender-neutral honorific Mx. for the first time in a story about Bluestockings, a collectively-owned and volunteer-run bookstore in New York.

“Are we anarchist?” Senia Hardwick asked. “Technically, yes.” Mx. Hardwick, 27, who prefers not to be assigned a gender — and also insists on the gender-neutral Mx. in place of Ms. or Mr. — is a staff member at Bluestockings, a bookshop and activist center at 172 Allen Street on the Lower East Side.

Even though there’s been an increase in usage of the word and considerations adding it to the Oxford English Dictionary, standards editor Philip B. Corbett says the NYT probably won’t be adopting it soon since it’s still unfamiliar to many people.

+ A federal judge denied a Detroit funeral home’s second request for super personal information about a former trans employee. RG & GR Harris Funeral Homes Inc claimed they needed information about former funeral director Aimee Stephens’ transition including, “whether she still has a penis, her family medical history, and information about her previous sexual relationships” for a lawsuit brought on Stephens’ behalf by the Equal Employment Opportunity Commission. In 2014, the funeral home fired Stephens’ after she told her employers she was going to present as a woman to work. U.S. Magistrate Judge David Grand in the Eastern District of Michigan rejected the funeral home’s claims ruling the information wasn’t relevant to Stephens’s discrimination lawsuit.

+ Not a lot of gay people have gotten married in North Dakota. In fact only 60 same-sex marriage licenses have been issued in 18 out of the 53 counties in the state, The Bismarck Tribune reports.