Previously on The Fosters, everything fell spectacularly apart in the woods when Lena and Stef found out Jesus has tattoo, Mariana found out Ana is pregnant, Callie found out Jude is not a kindergartener, Brandon found out Callie is reckless with lighter fluid, and Jesus found out Hayley is needier than iTunes begging you to update. And then everyone made up and went for a swim and no one got eaten by a bear. 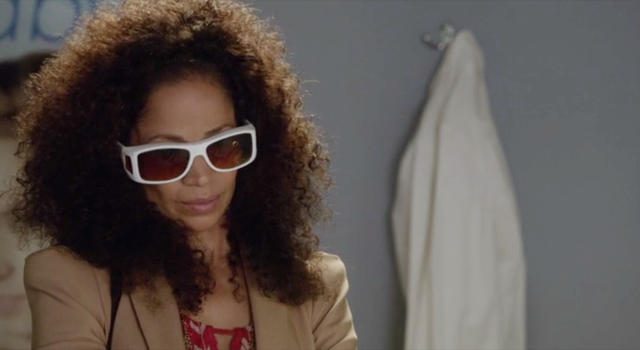 I actually didn’t know tattoo removal is a real thing, but apparently it is and Lena has scheduled an appointment so Jesus can get Hayley’s giant name removed from his teenage torso. He tries very hard to convince Lena to let him get a dragon to cover it, but she puts the super special giant tattoo removal sunglasses on her face (and still looks like heaven’s most beautiful angel), and reminds him he’s lucky he doesn’t have some kind of blood disease on account of he got a tattoo at a street carnival from a random man with a needle. At home, the other kids mock Jesus for being dumb, but Stef says if they don’t shut it, she’s going to go around the table and lay everyone’s shit bare. Silence follows, for perhaps the first time ever in the Adams Foster household.

Brandon asks again if they’re going to let him go on tour with his band, and Stef and Lena say yes, as long as they can meet the parents of his bandmates and also as long as they promise to stay in hotels and also as long as he was serious about becoming a cardiovascular surgeon over the summer. Brandon tells his buddies him moms’ list of demands for them, and they’re like, “Uh, your moms’ list of demands for you. You’re the weirdo who has parents who actually parent.” Brandon is shocked right to his very core that his band would rather galavant from sea to shining sea without a shred of adult supervision than honor their commitment to not become Fleetwood Mac! 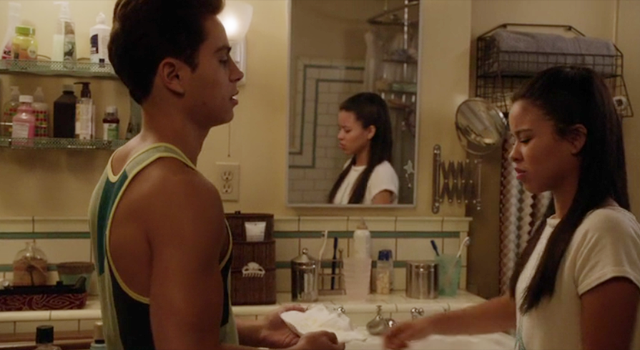 No, we did not get a dog. This is what my body spay smells like.

Inside, Jesus and Mariana talk about what it means if Ana really does have a baby, in terms of it will be their half-sibling and should they do something about that or nothing about that? Callie and Jude talk about her half-sibling and how maybe she could just pretend to like Robert and pretend to want to have a relationship with him, and maybe he’ll let Stef and Lena adopt Callie after all? Also:

Callie: Hey, remember when Connor used to hang out here all the time? What happened to that guy?
Jude: I mean, whatever. Bros doing bro stuff. Bros taking a minute. Bros needing some space. Just a couple of heterosexual boys doing heterosexual things like not seeing each other every day and talking on the phone every night and making out in tents. Bros, yo. 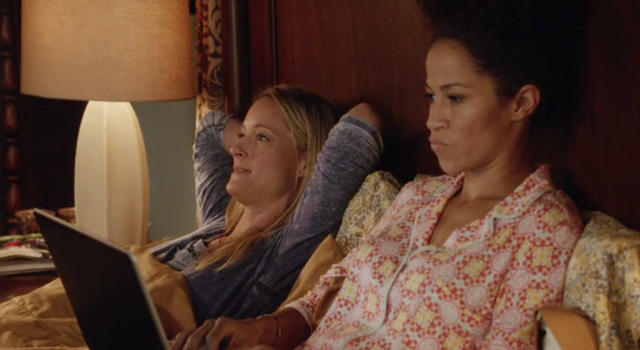 I can’t believe Aria posted Ezria fic on her Tumblr.

Stef Stefs it real good with Lena, and I don’t mean scissoring. No, Stef asks Lena a question, interrupts her answer, and launches into this angry tirade about Ana and Mike and them living together and AA and whatever other things she can’t control. And like I totally get that Stef is coming at this from a place of: “When I don’t micromanage everything that happens in Mike and Ana’s lives, individually, they both end up hurting our family in enormous ways. Can you imagine what a force of destruction they’ll be together?” But also, Stef, can you shutup about your ex-husband when you’re in bed with your wife? That’s actually kind what Lena says, and of course Stef has no idea what she’s done because she is honest-to-God in protector mode all day every day, even in her sleep, just trying to keep her children safe in a cruel, dark world. They’re both like, “I love you or whatever.” And they go to sleep.

T/F: Stef makes it worse the next day. 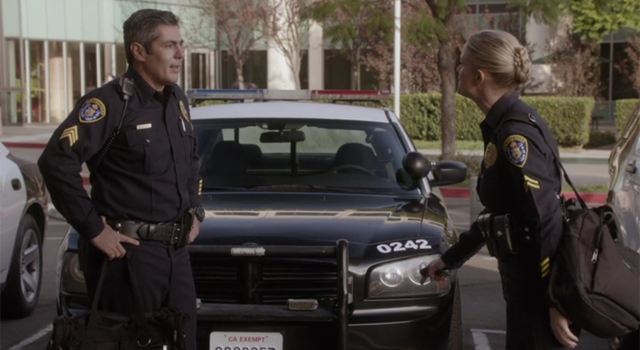 Stop pretending you do any adult thing besides produce sperm and carry a gun, Mike!

T! Stef goes to an Alcoholics Anonymous meeting to have a sneaky conversation with Mike’s sponsor about the how he’s making more bad decisions with a woman he met at Alcoholics Anonymous. I wonder if Stef has ever reacted to something at a three, or if every reaction in her life is either zero or eleven? It seems like eleven. Stef “Elevensies” Adams Foster. Stephanie Thickskull Elevensies Adams Foster, Order of Mama Bear First Class. Also, though, I think you will remember that Anna’s boyfriend shot Stef in the gut and she nearly died. So.

That’s exactly what she tells Mike when he finds out she went to his sponsor. He blows up at her about minding her own business and letting him make his own grown-up decisions, and she reminds him that the combined grown-up decisions of him and Ana have resulted in: statutory rape, child abuse, and a gunshot wound. Not exactly an auspicious record of grownupness. 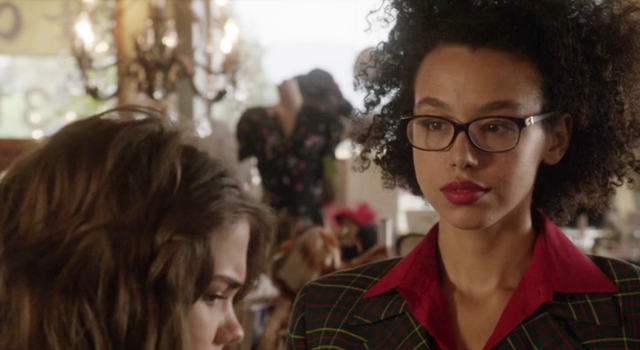 I need you to leave so I can call the cops and get back to my A-Camp application.

On the way to school, Callie stops in that one trinket shop where Jude stole Callie’s bracelet then went back and paid for it but the clerk gave it to him for practically free anyway because he radiates goodness and beauty from his very pores. Callie settles on some horse-shaped bobby pins and when the clerk spots the once-stolen bracelet, she glares at Callie real hard and asks a bunch of questions about the last time she was in here and then when Callie leaves, the clerk follows her from window-to-window throwing side-eye shade from the shadows.

School is as dramatic as usual. Emma agrees to be Jesus’ tutor again because the wrestling team really needs him to pass all his classes. He’s doing pretty okay academically, actually, since he broke up with Hayley and she stopped occupying every second of his life with her needs and feelings. Mariana kind of breaks up with Mat because she assumes he’s going to cheat on her/breakup with her when he goes on tour, and she wants to be preemptive about it. I mean, it’s not like she doesn’t have a full schedule. She’s coding for STEM now. She’s got her new dance team. Tia is a person who is taking up a lot of her time and private thoughts. Mat makes confused faces for three minutes before she excuses herself to each lunch without him.