This time of year always feels like one holiday after another. First a robust old man wearing red velvet and fur sneaks into your home come nightfall, then a gigantic ball is falling from the sky and threatening to end the year, and now we must commemorate the death of a martyr via candlelit dinners, glasses of wine, and heart-shaped boxes of okay-tasting candies from the convenience store. If that wasn’t enough to wrap your head around, you also have to consider how this holiday affects your relationship. Do you celebrate it? Is it too soon? Should you get her something? What if she gets you something? Do you ask her out or is that too much pressure for a first date? Basically, Valentine’s Day is a red velvet ball of panic threatening to end your sanity and any hopes of a relationship you may or may not have. In such a time of crisis, who better to take advice from than the man who convinced Julia Roberts to fall in love with him not once but TWICE: Richard Gere. 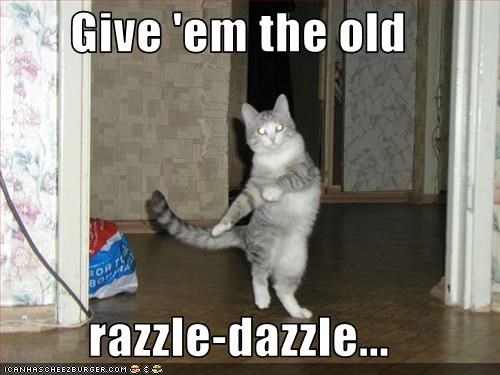 There’s a pretty good chance that if you look good, they may not notice just how much a wreck you are or how horrible the date is actually going. Here are a few pointers on how to razzle dazzle your lady friend!

Asking a girl out for first time on Valentine’s Day is pretty gutsy and you’re going to have to bring the charm if you want to keep the girl. Going out to dinner means being surrounded by well-established couples who are basking in their own relational greatness and therefore you’re going to need to up your cute game.

Since you’re just getting your foot in the door of this potential love nest, the key is to appear like the world’s best cuddle. Cable knits, shawl necks, and a general relaxed aesthetic says, “Hey girl, why don’t we grab a bite to eat and you can tell me all about your day.”

The “Sweep Her Off Her Feet”

If you’re in a relationship already, you may have come to the sad realization that your cuteness is not an invincible super power. When the puppy dog eyes and last-minute handmade cards become less endearing and more of a daring move, it’s time to hone your inner debonair. We’re talking romance dripping off the chandeliers.

Garter belts, tuxedo shirts, and hats indoors: that’s right, my friends, go crazy. After all, this is a holiday in which naked baby angels may or may not use you for target practice.

The “Do We Need to Celebrate?”

Now maybe you and the bae have been together long enough that the holiday seems more like a ploy to get you to overdraw your checking account rather than a means to show how thankful you are that they have not left you yet. If so, please see “The I’m Going to Die Alone” because let’s face it, having a significant other for an extended period of time and being entirely alone look remarkably similar in terms of clothing choices.

I’ll be the first to admit that of all holidays, Valentine’s Day is by far the cruelest to the single population on mother earth. Not only must they buy their own candy and pretend it’s for someone else, they are assaulted via social media by one million and six filtered-to-perfection photos of candlelit dinners and flower arrangements. So what better to do than stage a protest with an “I wear this shirt ironically” statement. This look is best paired with a scowl and a piñata shaped like a heart, brings out your eyes.

There’s something so unspeakably beautiful about spending hours losing yourself in those pixels only to be asked hours later by a soulless screen if you’re even paying attention enough to continue watching. In fact, this could be the most committed relationship you’ve had in a while, and Netflix actually treats you better than your ex ever did. Not only will it remember what you like and do not like, it will also suggest movies you may actually be interested in rather than a cool documentary they heard about at work. It is at this point that the “oh my god I’m going to die with a soft red glow from my computer screen shining on my cold body” thought doesn’t seem so horrible after all… or does it?

**ensemble can be altered to include pants for chilly nights, sleepovers, and/or the facade of modesty.

Bing is twenty-something graduate student in the midwest whose just trying to get by and look good doing it. She currently writes for Qwearfashion.com and runs her own menswear blog for women (idreamofdapper.com). In her spare time she can be found guzzling venti's and reading creative fiction writings based on non-cannon relationships. Find her on instagram and twitter.

Bing has written 3 articles for us.