Ah, and Jude. Little magical gay wizard Jude. Tiny Dumbledore. His pride swells up like a balloon when he walks into science class and Connor says, “I’ve been looking for you!” But then Connor deflates Jude’s whole deal by pinpricking him right in the soul! He wants them to stop being lab partners with each other and start being lab partners with girls! Daria and Taylor! Jude’s new lab partner says a bunch of amazing things like — and I’m quoting here, because it really is fantastic — “sucks when you get sexiled ’cause your friend leaves you hanging for a new Boo” and “If you ask Daria, they’re OTP.” Oh, man. I would love to see Daria go up against Tumblr in an fisticuffs w/r/t the other half of Connor’s OTP. 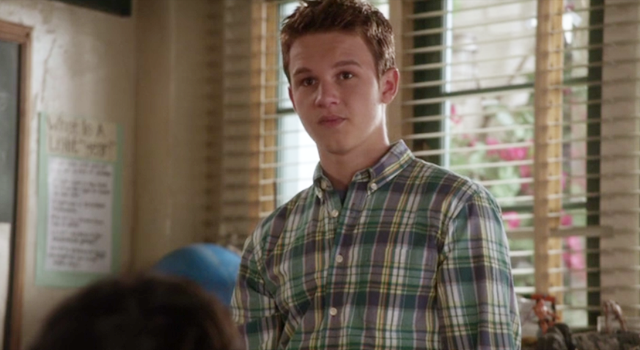 Is this what it feels like to be straight? 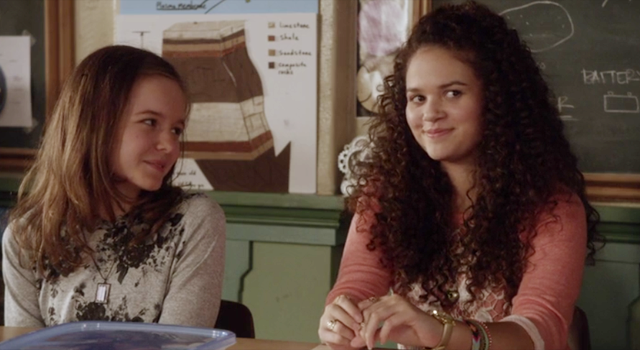 Is this what it feels like to be in love? 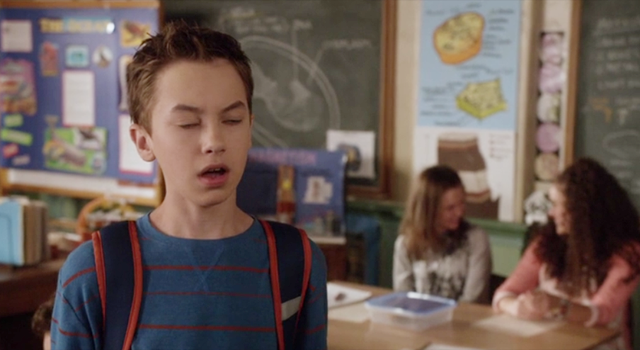 IS THIS WHAT IT FEELS LIKE TO HAVE A HEART ATTACK?

At lunch, Jude doesn’t really know where to sit until Taylor calls him over to sit with her and Connor and Daria. She invites him to go to a chick flick tonight with the three of them, and then the girls scamper off to do teenage girl bathroom things like talk about how if Daria ever wants to get to first base with Connor, she’s going to have to ban Jude from games of spin-the-bottle, probably.

Jude: So. Boos, huh?
Connor: What?
Jude: OTP Boos? You and Daria? I didn’t even know you were into girls … named Daria.
Connor: She’s hot. What can I say?
Jude: Oh, you can say a lot of things, but fine. “Hot.” Fine. Fine. You can tell the girls my moms won’t let me go to the movie, if you want some alone time with your your Boo.
Connor: Bae.
Jude: Yeah?
Connor: I’m saying it’s “Bae,” not “Boo.”
Jude: Oh, right. Okay.
Connor: Come to the movie, please. I don’t want to be the only dude in a chick flick.
Jude: We’ll be the only dudes in a chick flick, together. That’s what’ll make us different from the rest of the people in the theater. Why am I smiling so big when my heart is splintering inside my chest like shrapnel?

After school, at work, Daphne tells Callie she’s going to get to see her daughter this weekend, but she’s a little nervous that Tasha is going to remember being kidnapped. Callie is all, “Don’t be a fool. It’s not like she has a souvenir of the event or something.” 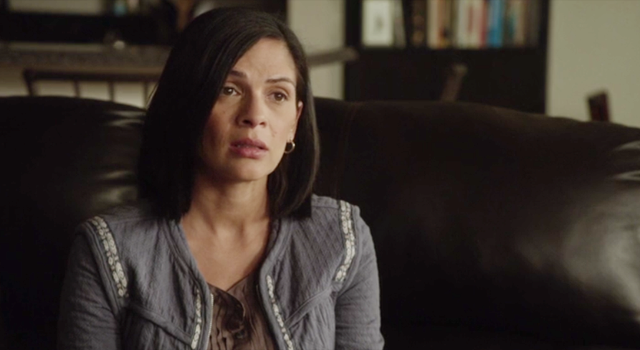 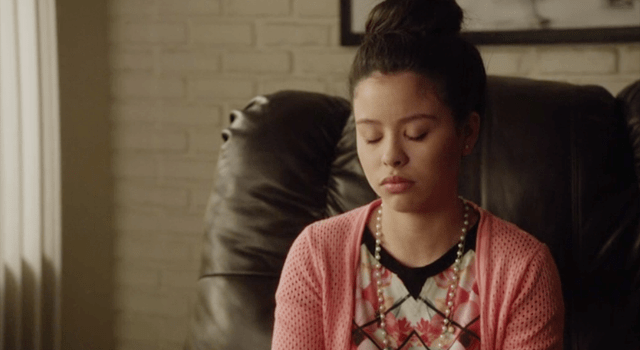 What 16-year-old person — nay, what person of any age! — do you know who could break up with someone at lunch, achieve a complete self-evaluation about why by the afternoon, and do the altruistic work of trying to keep other people from being inflicted with her brand of emotional wounds by dinner? Mariana Adams Foster, she’s the only one. She realizes the reason she got weird with Mat is because she has abandonment issues due to her mother walking out on her and Jesus on Christmas Eve to score some heroin, so she finds Ana at Mike’s and tells her plainly that she cannot allow her to inflict that kind of trauma on another child.

If the Pretty Little Liars were as emotionally and intellectually competent as Mariana, they’d be sipping daiquiris on a beach right now, talking about, “How sad would it have been if we hadn’t caught A and solved Alison’s disappearance the day after that one Labor Day when she went missing for 24 hours?” 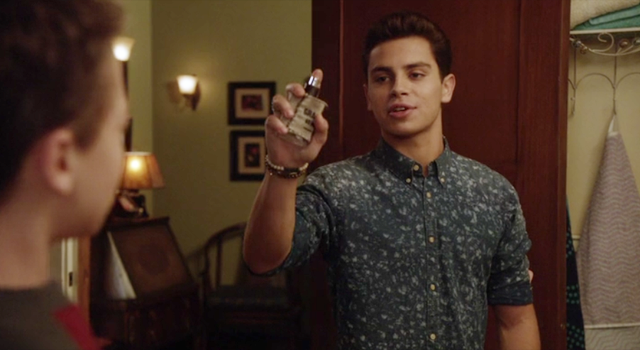 Get a sniff of this! 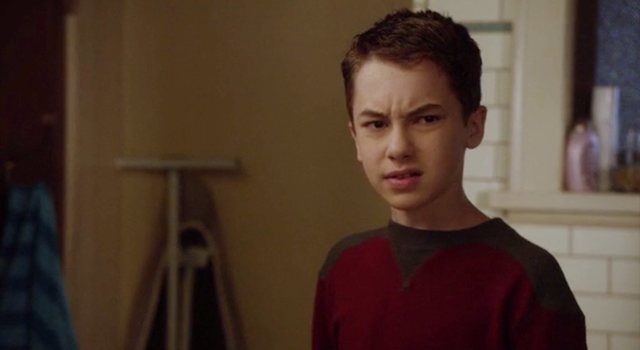 There is truly no end to the tribulations of straight women.

At home, Jesus showers Jude with cologne before starting a study session with Emma that ends abruptly when he tries to kiss her, and starts back up just as abruptly when shows her his half-removed Hayley tattoo, thereby ensuring that she will literally never be attracted to him again and they can be wrestling teammates and study buddies in peace. Gal pals, if you will.

Also at home, Brandon looks for a temp job that will allow him to amass a small fortune for hotel rooms for traveling with his band, since Stef and Lena are being such dictators and insisting that he can’t travel around the country and sleep in ditches. NYADA is saving a space for him at their summer camp, but only for another day or two. Stef and Lena still don’t know about it. After band practice, he gives his classical music a go and makes it through for the first time since his accident. It’s a sweet and beautiful smile he smiles. 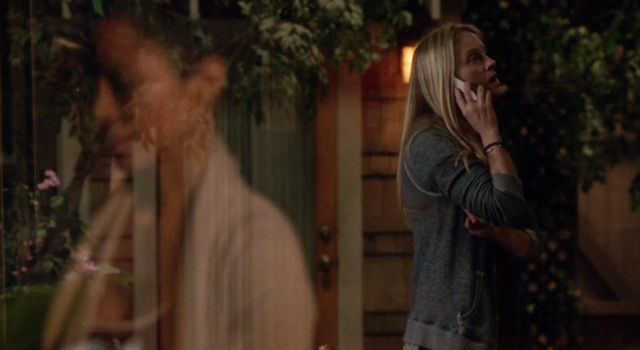 Hello, I’d like to order two large pepperonis and a slice of humble pie.

Also also at home, Lena makes tea and watches from the window as Stef tries to concel another hot-headed mess she’s gotten herself into. Oh, Elevensies. Just tell your wife.

Also also also at home, Robert shows up to pick up Callie, and both Stef and Lena consider chopping him into pieces and burning him in the backyard.

Robert: You have a beautiful home.
Lena: You have a sense of upper class straight white male entitlement that makes me want to puke.
Stef: Me too. I was just going to glower, but yeah. What my wife said.

Heather has written 1242 articles for us.