“This is not a witch hunt. It is a RECKONING.”

Last night’s Charmed let us know right away that it’s aware of the moment we’re in. Not that there’s anything new about politicizing witches. They’ve been been a convenient scapegoat for how society talks about women in this country since at least 17th century Salem. The original witch hunts, of course, involved women who braved their lives outside puritanical social norms being burned at the literal stake by men; now the phrase “witch hunt” is used by men (and the women supporting them) who cry that it’s unfair to demand justice for sexual abuse, assault, harassment. If you listen to them, the treatment of Harvey Weinstein was a witch hunt. The Kavanaugh testimonies were a witch hunt.

 Women standing up for their own are “witches.” They’re “nasty women” who should be “locked up.”

It’s never been a hunt at all. It was always a reckoning. 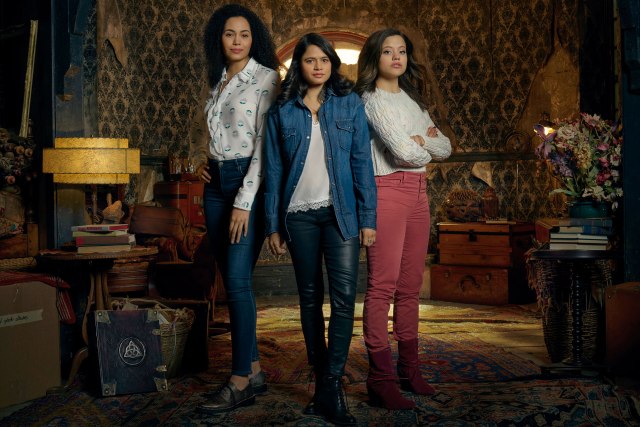 That opening line is not the only time Charmed’s pilot explicitly grounds itself or its characters in the realities of our world. My favorite laugh out loud reference? That Trump’s Presidency is apparently the first sign of the apocalypse. Charmed is capital E Earnest in its politics. Maybe that kind of on-the-nose intentionality will be be a deterrent for some. It may ring as hokey or shallow for people who like their media, particularly women’s media, with a bit more bite and cynicism. Personally, I find it welcome and refreshing. Our world is bleak, wearing your heart on your sleeve is nothing less than courageous.

I don’t want to take away from the beloved, original Charmed – a fan favorite starring Holly Marie Combs, Alyssa Milano, Shannen Doherty, and Rose McGowen, which ran on the WB from 1998 to 2006. That incarnation certainly had its own feminist sensibilities. In fact, it’s hard not to knee-jerk compare the two Charmeds. This one purposefully maintains much of the architecture of the original. The bond of sisterhood is tested by a great loss. Their witchy powers are nearly identical. The sisters’ Victorian home remains the same, along with their Whitelighter, the Book of Shadows, and the Power of Three – the first mention of which left me whooping loudly at my television out of nostalgia. Even the familiarity of their attic workplace will pull at your memories. Still, this revamped imagining from Jane the Virgin showrunner Jennie Snyder Urman wastes no time finding its own voice. 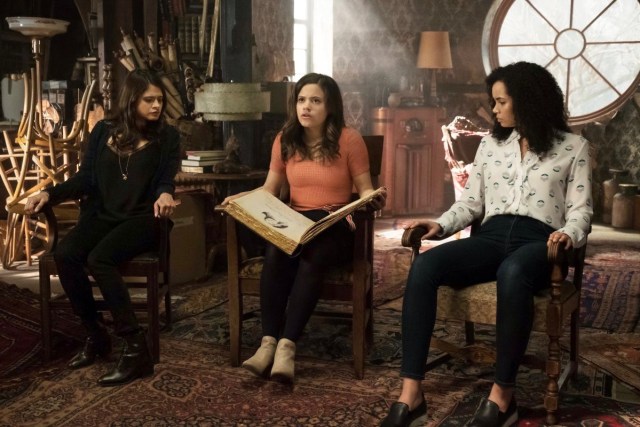 Mel and Maggie Vera (Melonie Diaz and Sarah Jeffery, respectively) are the daughters of Marisol Vera (Valerie Cruz), a women’s studies professor at a college in fictional Hilltowne. Mel, a graduate student in women’s studies, is the kind of misandrist, angry, radical, combat-boot wearing, feminist lesbian that your mother warned you about. When a professor explains that her recently published article made him “feel as if my penis had been torn from my body,” she takes it as a compliment. I love her already. Maggie, a college freshman, just wants to fit in.

After a tragic event, the two Veras eventually meet Macy Vaughn (Madeleine Mantock), their long lost eldest sibling. Macy’s a PhD in molecular genetics who has predictable trouble accepting this whole “magic” thing on face value. As it turns out, their mom bound their powers as babies so they could lead a regular life, but now their powers have manifested and decisions must be made.

Rounding out the central cast is Mel’s on-again/off-again girlfriend, Detective Niko Hamada (Ellen Tamaki) and their Whitelighter, Harry Greenwood (Rupert Evans). I have to say, Harry’s British roots left me more wistful for Buffy the Vampire Slayer’s Giles than it did missing the OG Charmed’s Leo.

Tamaki doesn’t have a lot of action in the pilot as Detective Hamada, but I’m hopeful. Niko and Mel’s relationship stands to be one of the few between women of color airing on television. Their personalities compliment each other. Niko runs methodical and collected, while Mel comes across as hot and impulsive. Often queer romances are forced to take a back burner to straight love stories; however, Mel’s relationship is the only one given significant camera time in the pilot. It’s a promising step in the right direction.

This Charmed, coming from an all-women production team of Urman along with other JtV alums Jessica O’Toole and Amy Rardin (as opposed to the original’s Aaron Spelling), is as warm as it is campy and clever. It’s firmly rooted in women’s humor and points of view. These are young women who don’t shy away from the complexity of the bonds between women, particularly women of color. They are encouraged to nurture each other. That’s how they’re going to build their revolution. A revolution that couldn’t come any sooner, I might add, as the sisters are forced to take on demons of both the supernatural and human variety – by which I mean, ice-breathing demons from hell and demon men who don’t know the meaning of consent. Women everywhere are all too aware of the monsters that go bump in the night. By extrapolating and heightening these honest emotions, Charmed is leaning right into Jane the Virgin’s playbook. It’s a better show for it. 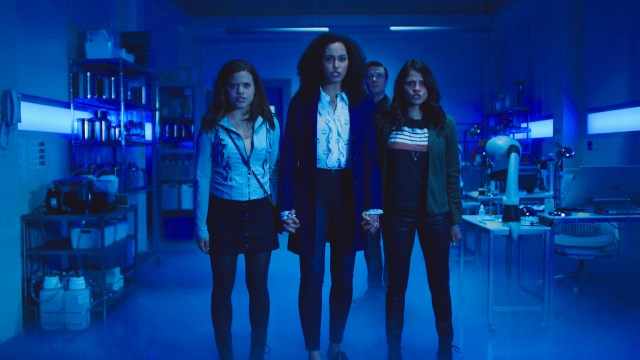 As much as I loved the pilot, I can’t give Charmed a glowing review without noting the potential missteps, or at the very least, significant confusion, in its casting. Though originally applauded as a Latina-lead reboot, only one of the actresses playing the three main sisters is Latina (Melonie Diaz). Sarah Jeffery has described herself as African American and Indigenous Canadian. Madeleine Mantock is proudly biracial, British-Jamaican. After their casting, Urman refined the series’ focus. While the sisters share the same Latina mother, they will now supposedly have three different fathers. Urman explained over the summer, “They’re multiracial – the family is. It’s part of the storytelling that we’re going to be getting into.”

 If the three sisters share the same Latina mother, then they’re still Latina. At a time when Latinxs are woefully underemployed and underrepresented in media, I cannot, in good faith, allow a lost opportunity for Latina actresses to find meaningful work to get swept under the rug. At the same time, as a mixed race black Latina with an Anglo last name (y’all, it’s a lot), I appreciate Urman recognizing the need for adjustment to at least better reflect the background of her chosen cast.  The sisters’ racial background isn’t explored in the first episode. I’m very cautious as we move forward. Given her past success with similar subject matter, I’m perhaps more willing to give Urman a careful benefit of the doubt that I would be with another white showrunner. Only time will tell how this bears out.

Charmed is filled to the brim with that joyful, tear-rimmed eyes, borderline cheesy, curl in the bed together on a chilly fall night and go through old photo albums, kind of love. That’s exactly the balm I’m looking for. Believable, worn in, chemistry between Diaz and Jeffery helps push the cast through the expected clunkiness of a pilot episode. It’s hard to sell a family dynamic in less than hour, and already our new Charmed Ones could rank right up there with the best of them.

Like their mother always said, “You’re better together. Your differences are your strength. And nothing is stronger than your sisterhood.”