It’s no secret that trans* stories and perspectives have been largely absent from mainstream television and film. When trans* characters (overwhelmingly trans women) do appear on screen, they are often derided as a source of ridicule or disgust, as in films like Ace Ventura: Pet Detective and The Hangover 2. As an article in GOOD points out, trans women are usually portrayed as predatory and deceitful; as if our purpose in life is to “trick” poor unsuspecting straight cis dudes.  The media sometimes conflates and confuses trans women and the performative femininity of drag queens. Katy Perry recently proclaimed that she “can’t be a full tranny every day of the week.” Even sympathetic documentaries and films often essentialize the trans* experience by focusing on the physical aspects of transition(think shots of a trans woman applying makeup or a trans man binding), thus creating a narrative in which a “man becomes a woman” or vice versa. Such depictions ignore the basic fact that I have always been a girl and Sebastian has always been a boy. 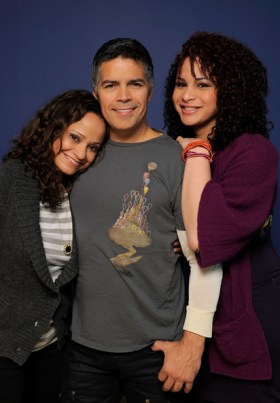 Given the dismal media track record, I was excited when the New York Times posted an article on Thursday about the growing number of trans* actors actually portraying trans* characters in television and film.  The article focuses on the upcoming film Gun Hill Road, which stars a Latina trans woman named Harmony Santana. I’ve only see the trailer, but I think it’s great that trans women of color are finally getting the opportunity to tell their stories in an accurate and respectful manner.  The article also acknowledges the harsh economic reality that many trans* people face. Ms. Santana, for example, currently lives in an LGBTQ group home in the Bronx.

It’s so wonderful to see trans* characters actually portrayed by real trans* people. In contrast, films like Boys Don’t Cry and Transamerica star cisgender actors in trans* roles. Here’s why this is problematic: in the first example, a trans man is portrayed by Hillary Swank, a cis woman, who cannot truly understand either the trans* or male experience. In the latter film, Felicity Huffman plays a middle-aged trans woman. It’s great that a woman was cast in this role, but a film that depicts the struggles of a marginalized community should probably include an actor who actually understands those struggles. (Many may argue that’s what acting is all about, however.) 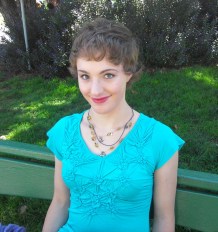 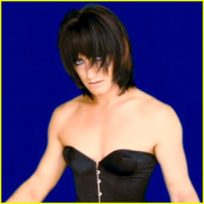 Final thoughts on the NYT article: it’s great that trans* people, especially trans*women of color, are increasingly given opportunities to share their stories and make their voices heard in the mainstream. I’m really excited to see the film, and it’s good to know that more and more directors are learning the difference between trans* and drag. My only concern is that trans* actors will be restricted to portraying only trans* characters- this would be a shame, because it would both ignore a lot of talent and reduce us to merely our trans* experiences. I can only speak for myself. Being trans is an important part of who I am, it certainly doesn’t define me as a person.  So Zooey Deschanel, if you’re looking for a co-starlet for your next film, I’m your gal ♥