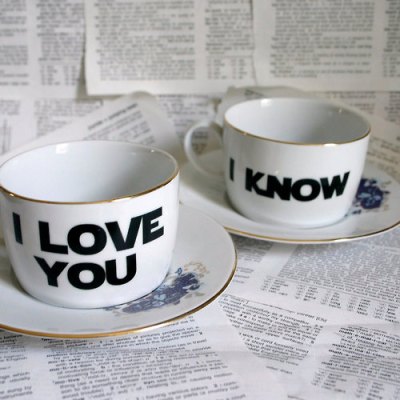 HELLO and welcome to the 99th installment of Things I Read That I Love, wherein I share with you some of the longer-form journalism/essays I’ve read recently so that you can read them too and we can all know more about Catherine Opie’s emails! This “column” is less feminist/queer focused than the rest of the site because when something is feminist/queer focused, I put it on the rest of the site. Here is where the other things are.

The Girl in the Closet (October 2013), by Scott Farwell for The Dallas Morning News – I have read about this girl before I think but not in depth like this. It’s maybe one of the most horrifying things I’ve ever read in my life, which’s why it was definitely stupid to read it at midnight as obviously it kept me up for two hours and also exposed me to a series of horrifying photos and videos. It’s the story of Lauren, a girl whose parents trapped her in a closet basically between the ages of 2 and 8 — she was starved, abused, raped and tortured by her mother and father while her five siblings were told she was evil and that’s why she had to be locked away. When she was rescued finally in 2001 she was living in filth, her brain had atrophied, she’d only gained three pounds in the last six years, every cell in her body had been damaged by someone, somehow.  She made it through all this, somehow, making her case one of the most severe child abuse cases of all time that did not lead to death.

Dig Deep: Beyond Lean In (October 2013), by bell hooks for The Feminist Wire – “Even though many advocates of feminist politics ere angered by Sandberg’s message, the truth is that alone, individually she was no threat to feminist movement. Had the conservative white male dominated world of mass media and advertising not chosen to hype her image, this influential woman would not be known to most folks. It is this patriarchal male dominated re-framing of feminism, which uses the body and personal success of Sheryl Sandberg, that is most disturbing and yes threatening to the future of visionary feminist movement. The model Sandberg represents is all about how women can participate and “run the world.” But of course the kind of world we would be running is never defined. It sounds at times like benevolent patriarchal imperialism.”

I Got Hired At a Bangladesh Sweatshop (October 2013), by Raveena Aulakh for The Star – A reporter for this Toronto paper goes undercover at a sweatshop that makes shirts in Bangladesh, where her boss is 9 years old and works 12 hours a day for $26 a month.

In Which We Cultivate a Brand of Sadness (July 21013), by Laura Hooberman for This Recording – “The complexities of my relationship with Casey confounded the two of us but bored or distressed all my friends. Harbingers of doom presented themselves with brazenness and profound frequency. We were on the floor of his shower discussing things when he told me, “I don’t know how to interact with you outside of this realm.” The evening withered and beckoned us into its dissolution. When we finally fully broke from one another, I told him, “Ending is hard, but it’s easier than loving you.” “Okay, that sucks,” he said.”

This is How People Are? (September 2013), by Emily Hunt for The Los Angeles Review of Books – An interview with Miranda July, Catherine Opie and Sheila Heti about Miranda July’s art project, which involves sending people the private emails of people like Catherine Opie, Kareem Abdul-Jabbar and Lena Dunham.

The Scary Lesson of 12 Years A Slave: How Little America Has Changed (October 2013), by Chauncey DeVega for Salon.com – I thought this excellent read was gonna be about how the present criminal justice system essentially plucks innocent black men out of their lives/families and locks them away for decades because they can, often actually submitting them to what is basically slave labor, but it actually was about how black people who are ambitious and successful like Solomon Northup was are still othered, policed, harassed and targeted by a White America that still treats black people like outsiders and feels threatened by the success of black men. E.g., Obama! Quick read but important one.

Stripping on the Side (October 2013) by Melissa Petro for Narratively – “Tonight, I tell myself at the start of each night, I’m going to make a lot of money. Find a table celebrating some guy’s birthday. Give the birthday boy a dance. Lead him by the hand to the corner of the room. Become one of a hundred girls, bodies aslant, naked in tangerine skin. Vacant face, like a magazine ad. Part your lips, smile coy. Turn, bend over. Rinse and repeat. Change your costume every hour. Sequins to feathers to spandex to lace. Have a drink or two to loosen up. Have another when you’re on a roll. Try something on for one customer; discard it for the next. You smile like you love it, you laugh like it’s funny. You act as if you’re having fun. The truth was that it wasn’t fun, not anymore.”

Death Inc: Is Funeral Home Chain’s SCI Growth Coming At The Expense of Mourners? (October 2013), by Paul M. Barrett for Bloomberg Businessweek – Spoiler alert: the answer is yes. These companies gobbling up other companies will be the death of us in general, even the death of the already-dead. Seriously.

The Boy With The Least Toys (October 2013), by Cord Jefferson for Scratch Magazine – “When I consider the primary difference between kids and adults, it’s not their physical disparities I think about. Nor is it the vast gulf between a grownup’s accumulated knowledge and a child’s, or the fact that adults must worry about paying bills and getting health insurance while children are yoked with other concerns altogether. Rather, the most important distinction between a young person and older people is that older people have begun to understand the difference between wants and needs.”