Last night I braved BBC’s Question Time, an hour-long political debate show, to listen to what activist and journalist Paris Lees had to say over the humdrum squabbling of British politicians. PinkNews has identified Lees as QT’s “first transgender panelist”; however, Eddie Izzard, who does identify as trans*, previously appeared on the show in 2005. 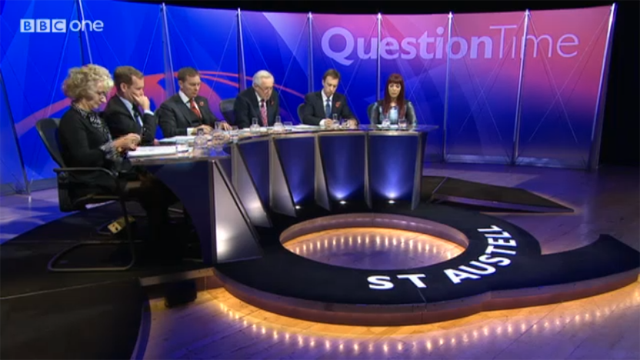 In arguing against the privatisation of probation services, Lees shared her story about having been in juvenile prison as a 16-year-old and the need for state resources to continue to support and rehabilitate youth in positions similar to hers. Lees also commented on recent press regulation debates and legislation from her perspective as both a journalist and an activist working for better representation of trans people in the media.

Browne MP: We have a fantastic thing in Britain, which is that we stand up against the over-mighty, we fight back against a hierarchy, and it’s that freedom that the press argues so passionately for.

Other highlights of the night include Lees volunteering to take Jeremy Browne’s place should he ever step down to make way for a Labour Party actually led by working-class politicians, questioning why anyone’s work would be worth the millions currently on the paychecks of the chief executives of the Big Six gas suppliers, and of course, being dressed for Halloween. 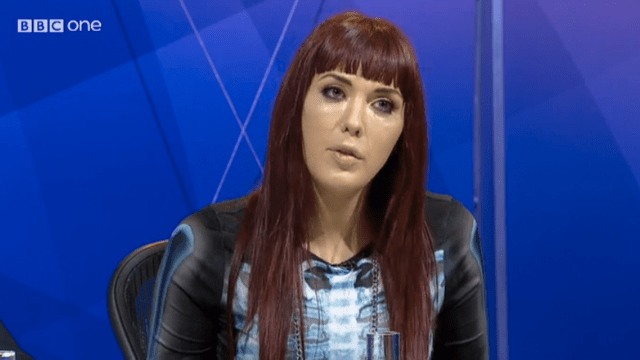 Lees may have described herself as a “slag from a council estate that doesn’t know too much about anything,” but she held her own on the panel alongside seasoned politicians and then some. It was clear that she often carried the crowd’s favour, judging by their applause and the response on Twitter. 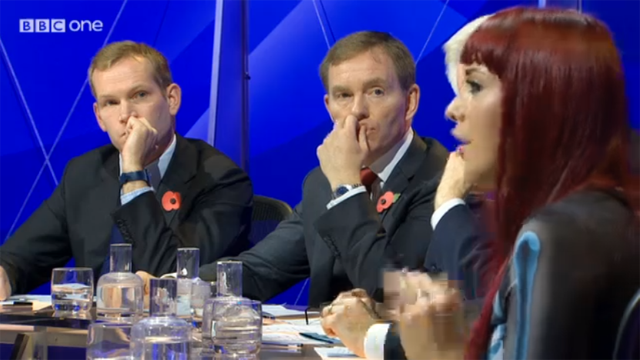 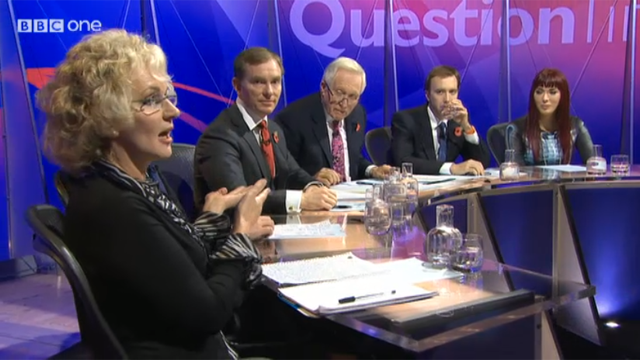 Is that condescension or just a public school education I’m reading in these faces?

The BBC made a good call last night for trans visibility, but don’t worry – lest anyone think QT is getting too progressive for its boots, stay tuned for next week’s episode, in which they’ll be giving a platform to “not racist” UKIP leader Nigel Farage for the fifteenth time.