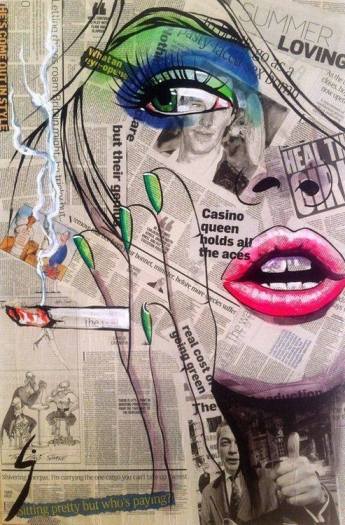 HELLO and welcome to the 98th installment of Things I Read That I Love, wherein I share with you some of the longer-form journalism/essays I’ve read recently so that you can read them too and we can all know more about Larping! This “column” is less feminist/queer focused than the rest of the site because when something is feminist/queer focused, I put it on the rest of the site. Here is where the other things are.

*Town of the Living Dead (October 2013), by Laurie Gwen Shapiro and Eric Pomerance for The Los Angeles Review of Books – OH MY G-D THIS. You guys! Firstly, I lived in Concord for a year, I obviously took classes at The Orchard House and went to Emerson School and had picnics at Walden Pond AND ALSO I love historical re-enactment situations, like living history stuff, so basically this article was written for me to read it and suddenly everything about life and why I’m here and why any of us live the lives we live and do the shit we do makes sense. Also yes to answer the subtitle, Concord MA is the fantasy camp for geeks. Living there was so fun. I was like nine or ten. I made a newspaper at The Orchard House. I wanted to be Jo March so bad.

My So-Called Larp (November 2012), by Adi Robertson for The Verge – “Learning to love in a world without men: Surviving a weekend of quadruple-crosses, motherhood, and emotional world building.”

The Stolen Ones (October 2013), by David McSwane for The Sarasota Herald-Tribune – This is a really in-depth multimedia serious business look at child sex trafficking of American children — but I was surprised by how much time was spent, I felt, on convincing the reader that the girls involved were victims and not criminals. I didn’t realize so many readers would ever think otherwise, and that made me feel really sad.

Mr. Misery (December 2004), by Liam Gowing for Spin – Oh Elliot Smith was so sad. He was so sad! I was so sad when he died. This article is sad, and will suck you into its sadness, but it is okay, because I still have all the records.

Snuff, (June 2012) by Lessley Anderson for The Verge – Um this is about people who watch murder on the internet, and the websites and forums dedicated to it, and how they justify hosting these websites, and also Luke Magnotta, gross, obvs.

A Day In The Life of Poverty (September 3013), by Amanda Sledz – “A lot of your friends are doing really well. They are having children. They are buying houses. Jobs are turning into careers. Trips are being planned. You decide you will write them back when you can think of something positive to say, or when you relocate the sarcasm many of them find charming. Then you can joke about how you and your partner both spend time inspecting the other’s possessions for stray items to sell. That you understand why money is the number one cause of breakups. That you understand why money was the first thing Virginia Woolf said she needed before she could really start writing.”

Facebook Feminism, Like It Or Not (October 2013), by Susan Faludi for The Baffler – This is pretty terrific. About Lean In, the flawed premise of individual obstacles being the issue when larger structural things really require attention, and a fascinating history early efforts at labor reform and unionization from women prior to the 1920’s. Lots of interesting stuff to think about.  “Where industrial capitalism had driven women as a group to mobilize to change society, its consumer variant induced individual women to submit, each seemingly of her own free will, to a mass-produced culture. “

Elite Yellow Peril (October 2013), by Kimberly Fu for Maisonneuve – “Growing up in West Van was the only time in my life when being Asian did not seem like the most salient fact of my existence. Leveled by class privilege, my classmates transcended stereotype. None of the cliques were racially homogenous; our quarterback was Iranian one year, white the next, Japanese the year after that. There were Korean potheads, Pakistani violinists, British-Ukrainian math champions. A Taiwanese girl played the mother of an ethnically Jewish boy in the school play, and nobody applauded the progressive choice because nobody noticed. Interracial couples of any combination went without comment (of more relevance: who was more popular?). For a few, brief years, I got to believe I succeeded and failed on my own merits, without wondering how things would be different had I been white.”