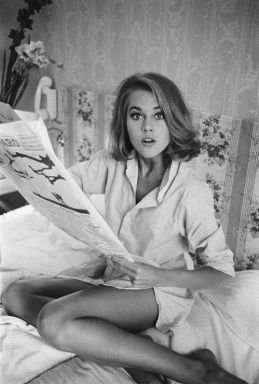 HELLO and welcome to the 94th installment of Things I Read That I Love, wherein I share with you some of the longer-form journalism/essays I’ve read recently so that you can read them too and we can all know more about Janelle Monae! This “column” is less feminist/queer focused than the rest of the site because when something is feminist/queer focused, I put it on the rest of the site. Here is where the other things are.

The Mattress Wars (Fall 2009), by Melanie Gideon for Narrative – I’ve got no clue what compelled me to read this entire piece about a woman’s quest for a good mattress that would make her hate her husband less (because he’s a SNOREMONSTER with RLS), but I sure did, and I enjoyed every minute of it.

The Evolution of Jodie Foster: From Precocious Kid to Hollywood Lifer (August 2013), by Keith Phipps for Dissolve – “Career View” is a Dissolve feature which offers “an extensive survey, and critical summary, of a career in film.” This one might be particularly relevant to your interests.

The Men Who Brought 9/11 Home (November 2002), by Hampton Sides for Men’s Journal – The stories of three men who were at Ground Zero for the 9/11 attacks in various capacities — a Port Authority cop, a businessman heading to the Marriot for a business meeting, and another who worked for Mizuho Capital Markets in the WTC — what happened to them during the attacks and afterwards and in the ensuing year.

*Last Meals (September 2013) by Brent Cunningham for Lapham’s Quarterly – Well this was fucking fascinating. It’s about the practice of giving last meals to convicts before execution and the public fascination with said last meals, and it’s also about capital punishment in general, and there are lots of interesting tidbits I found really surprising and you will too!

The Vice Guide to Business School (January 2013), by Justin Dett for Vice– Lately I’ve been feeling really overwhelmed and hopeless in spurts which means I’ve started googling things like “Do I need an MBA to be a business owner?” and “how many CEOs have MBAs?” or “Should I go to business school before opening a small business?” That’s how I landed on this actually really interesting article which didn’t really answer my question, but definitely enhanced my understanding of the Wall Street machine.

Mind Control: Janelle Monae (August 2013), by Carrie Battan for Pitchfork – This article is really awesome but also it looks really awesome. Definitely read it on a computer.

Meet the People Who Still Write Letters To The Editor (September 2013), by Ruth Graham for The Awl – Um, don’t mind if I do? I’ve been wondering who writes letters to the editor forever and ever and I don’t know why it didn’t occur to me that a lot of them do it because they want to have their words published in a magazine they really like.

Beyond Recognition: The Incredible Story of a Face Transplant (June 2013), by Katie Drummond for The Verge – Well, this is an incredible story of Carmen Tarleton, who suffered horrible injuries and lost all vital facial functions after her ex-husband attacked her in 2007, and the new face she was given in 2012 thanks to this very young and complicated surgery, which is being performed more and more often these days. I don’t know much about science but this was really interesting.

Summer Ends In the Middle of Everything (September 2013), by Rich Juzwiak for Gawker – “It’s hard not to feel deflated every time I return to South Jersey. New York City, where I live now, isn’t perfect—the openness and visibility of gay people means that we’re more easily spotted targets, if the rise of anti-gay hate crimes this year is an indication. But at least there is that openness—visual signals of welcoming, of relatability, of belonging. You will find your community in New York: This is why people—especially marginalized people—move here. It’s a truism, but it’s easy to take for granted.”

Danger (Winter 2008), by Rick Bass for Narrative – “Later, once your stories are accepted with regularity, and the mechanical rabbit you’ve been chasing suddenly disappears—the rabbit of Being Published Often—you’ll find that writing stories is not so much of a game or a goal anymore, but something riskier, a duty to yourself and your readers—something to be careful with. You move more slowly, more deliberately—cautiously—trying to guard your success. You’re less reckless, and that’s no fun, nor is it such a good thing for your writing. I don’t know much of a theory about writing. My theory is more the theory of feeling, which is no theory at all.”