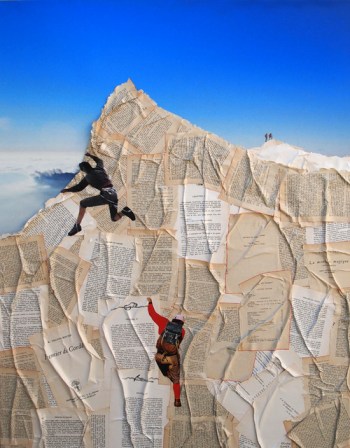 HELLO and welcome to the 55th installment of Things I Read That I Love, wherein I share with you some of the longer-form journalism/essays I’ve read recently so that you can read them too and we can all know more about avalanches and ecstasy! This “column” is less feminist/queer focused than the rest of the site because when something is feminist/queer focused, I put it on the rest of the site. Here is where the other things are.

Snow Fall (December 2012), by John Branch for The New York Times – This is amazing — stunning, everything. You have to read it on a computer though, not on a kindle or a phone. I found it through a tweet declaring this the hands-down winner for best web design of the year and it’s a longform piece about an avalanche that happened on a backcountry trail traversed by an all-star group of freeskiers in Washington, and the way it’s put together is probably the most ingenious employment of the internet’s narrative-enhancement possibilities of all time. It’s long, so settle in, but it’s good. It’s an experience. (It would appear that the commenters agree.) (“it’s like if you could read a documentary” – laneia)

Joy (January 2013), by Zadie Smith for The New York Review Of Books – “A beach holiday is a pleasure. A new dress is a pleasure. But on that dance floor I was joy, or some small piece of joy, with all these other hundreds of people who were also a part of joy.”

Can You Call A 9-year-old a Psychopath? (May 2012), by Jennifer Kahn for The New York Times – “By the time he turned 5, Michael had developed an uncanny ability to switch from full-blown anger to moments of pure rationality or calculated charm — a facility that Anne describes as deeply unsettling.”

Let Us Prey: Big Trouble At First Baptist Church (January 2013), by Bryan Smith for Chicago Magazine – I know this is gonna shock your socks right off your feet, but there are a number of pastors associated with the misogynist abusive Independent Baptist Fundamentalist Church situation who have abused and sexually assaulted children and gotten away with it.

Johnny & Winona (Die With Me) (December 2012), by Masha Tupitsyn for Berfrois – “For a while Gwyneth Paltrow, who was once good friends with Winona, talked about her first big love, Brad Pitt, that way. But after they broke up, she stopped talking like that, as many of us do; stopped talking about love period, which means that maybe a part of her stopped being able to feel that way.”

All of America, and Parking Too (January 2008), by Joe Queenan for The New York Times – I laughed out loud five times reading this piece about mega-malls. Like laughed a lot.

How to Survive Societal Collapse in Suburbia (November 2012), by Keith O’Brien for The New York Times – “For the next several minutes, Douglas talked about emergency preparedness, sustainable living and financial security — what he called the three pillars of self-reliance. He detailed the importance of solar panels, gardens, water storage and food stockpiles. People shouldn’t just have 72-hour emergency kits for when the power grid goes down; they should learn how to live on their own. It’s a message that Douglas is trying to move from the fringe to the mainstream.”

The Facts Of the Matter (October 2012), by Anonymous for The TriQuarterly – This is pretty intense. Sexual assault is involved. If you’re gonna read it, you have to read the whole thing or you won’t understand it, and even then, you might not totally understand it.

A Mormon Reporter on the Romney Bus (November 2012), by McKay Coppins for Buzzfeed – “Multiple people in Romney’s orbit — both inside the campaign and out — would later tell me that Boston tried to keep me at arm’s length for a long time because they worried my knowledge of the candidate’s faith would bait them into a conversation they were dead set against having.”

Please Don’t Infect Me, I’m Sorry (August 2012), by Rich Juzwiak for Gawker – Really interesting about the ethics and complications of revealing your HIV-positive status to potential hookups on grindr.