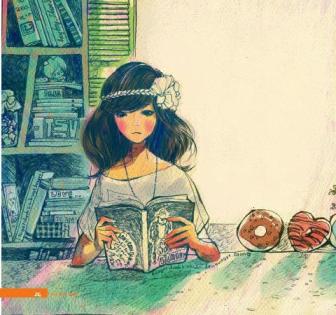 HELLO and welcome to the 84th installment of Things I Read That I Love, wherein I share with you some of the longer-form journalism/essays I’ve read recently so that you can read them too and we can all know more about Kerry Washington! This “column” is less feminist/queer focused than the rest of the site because when something is feminist/queer focused, I put it on the rest of the site. Here is where the other things are.

Ms. Kerry Goes to Washington: The First Lady of Scandal Speaks (July 2013), by David Kamp for Vanity Fair – “Kerry Washington says she’s not Olivia Pope, the powerful fixer—and presidential mistress—she plays on ABC’s hit drama Scandal. But whether it’s her political activism, the way she inspires her colleagues, or the strategic savvy that made the show a Twitter sensation, Washington flashes more than a little Pope in her offscreen persona. David Kamp explores the mind (and style) of the woman behind television’s complicated new heroine.”

Some Thoughts on Mercy (July 2013), by Ross Gay for The Sun – This is an incredible essay with enormous present relevance. The author, a black man, talks about the way he’s been conditioned to see himself based on what white people always assume him to be — a monster, a criminal — and how he grew numb to racial slurs and other discrimination from the world-at-large. It’s also about gardening and bees and the “war on drugs” and fear and humanity and MERCY and you should read it.

Post-Scarcity Economics (July 2013), by Tom Streithorst for The LA Review of Books – I know absolutely nothing about economics. Not one thing! So I’ve got no barometer with which to assess this piece besides to say that I read it with great interest and thought it presented some really compelling ideas. It’s basically about how our present problem is that we’re creating more supplies than the population demands, so to speak.

The Last Stand of Walter White (August 2013), by Brett Martin for GQ – I’m really glad that I just now saw this show in its entirety so that I could read this article about actor Bryan Cranston and not wonder what the hell they were talking about.  It was good!

Inky Tears (April 2013), by Frank Rich for New York Magazine – I read this article like one paragraph at a time over a period of four months or something. I’m pretty sure I liked most of it and did not find it depressing.

I Was a Manic Pixie Dream Girl (June 2013), by Laurie Penny for The New Statesman – Me too, I think. Me too and I agree that “the experience of being her — or playing her — is so wildly different than it seems to appear from the outside.” There are so many things in this piece that I like, especially the end, and relate to. This is from near the beginning: “Men grow up expecting to be the hero of their own story. Women grow up expecting to be the supporting actress in somebody else’s. As a kid growing up with books and films and stories instead of friends, that was always the narrative injustice that upset me more than anything else. I felt it sometimes like a sharp pain under the ribcage, the kind of chest pain that lasts for minutes and hours and might be nothing at all or might mean you’re slowly dying of something mundane and awful. It’s a feeling that hit when I understood how few girls got to go on adventures. “

Shyness Cannot Be Cured, It Is Part of Being Human (July 2013), by Joe Moran for aeon – “…we live in a culture that values dialogue as an ultimate ideal, an end in itself, unburdening ourselves to each other in ever louder voices without necessarily communicating any better. Shyness reminds us that all human interaction is fraught with ambiguity, and that insecurity and self-doubt are natural, because we are all ultimately inaccessible to one another. The human brain is the most complex object we know, and the journey from one brain to another is surely the most difficult. Every attempt at communication is a leap into the dark, with no guarantee that we will be understood or even heard by anyone else.”

Untold Stories: Deirdre Sugiuchi interviews Julia Scheeres (July 2013), by Deirdre Sugiuchi for Guernica – Julia Scheeres has just written a book about the mass suicide in Jonestown in 1978. She feels really attached to the story because of her own experiences in an abusive Christian reform school, and also because apparently Jonestown wooed its members with promises of a land free of racial prejudice and racial inequality during a very openly racist time period, and because Scheeres’ brother is black and they were often persecuted for it, she imagines that they, too, would’ve been interested in Jonestown if it’d been a thing she knew about. The woman who interviewed her also spent time in Escuela Caribe, the abusive Christian reform school, and they’re both really familiar with the psychological control tactics exerted by cults.

Dispatch From Academia: Affirmative Action and Me (June 2013), by Eve Dunbar for Colorlines – “I wonder what pipelines will be available to a working class girl of color from rural America. How will a girl like that find her way to college when the odds are stacked against her? How will she afford it? Will she ever imagine graduate school and teaching as an option?… Will the young woman I imagine be able to outrun the boulder at her back? I fear the stories she might find buried in the archives will remain buried. And it’s this fear that compels me to harness the tools at my disposal as a member of academe to ensure that her access to stories, to options, to possibilities unknown and unimagined. I remember and I can tell a story and I’m here to work hard at maintaining institutional access in the face of its erosion. Because that fight is as much a part of our nation’s legacy as inequality, it’s the part of our legacy that affirmative action has always meant to redress.”