Eric Ohena Lembembe, gay rights activist, writer, and executive director of the Cameroonian Foundation for AIDS (CAMFAIDS) was found dead this past Monday, July 15th. Lembembe’s friends, who were worried about him after he missed a meeting and then couldn’t be reached by phone for two days, visited his home in Yaoundé, Cameroon. The house was padlocked from the outside, but they could see his body through the window, lying face down on his bed. Police broke down the door and recovered Lembembe’s body. According to one witness, Lembembe’s neck and feet were broken and his face, hands and feet were covered with iron burns. So far, no one has been arrested in conjunction with the crime. 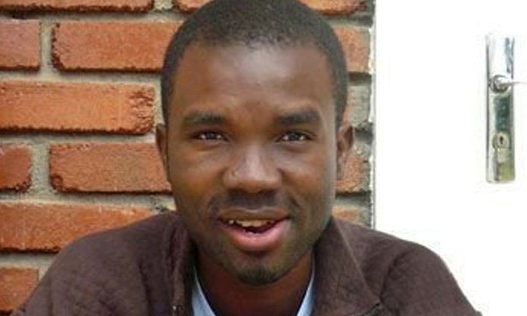 As a journalist and as the director of CAMFAIDS, Lembembe provided services to people with AIDS and HIV and documented abuses against the gay community, often writing for Erasing 76 Crimes. He is remembered for these accomplishments, his friendliness, his tenacity, and his “David vs. Goliath spirit.” His coworker Neela Ghosal recalls watching him sit across a table from Cameroonian soldiers and police — members of a force that, as Lembembe had recently proven, systematically abuses and discriminates against LGBT people — and get them to listen to him as he argued for equal treatment, even as they dismissed foreign activists making similar pleas. Lembembe was at the forefront of a new push for LGBT rights that has been working to take years of well-meaning but toothless recommendations from the UN and other international organizations and find a way to put them into action in the courts and on the streets. “We do not know who killed Eric, or why,” says Ghosal, but “his friends suspect that in killing him, someone wanted to kill a movement. “

Under Article 347 bis of the Cameroonian penal code, having “sexual relations with a person of the same sex” is punishable by up to five years in prison. According to Human Rights Watch, Cameroon “prosecutes more people for consensual same-sex contact than almost any other country in the world.” Most people charged are convicted based on forced confessions, or despite scant evidence — last year Roger Jean-Claude Mbembe was sentenced to three years in prison based on one text message. Two others were arrested because they were caught drinking Bailey’s, “a woman’s drink.” A recent report found that after being arrested, prisoners are often tortured by police and soldiers. The same report proved that, based on Cameroon’s integration of international treaties into its constitution, Article 347 bis contradicts higher laws. “Every time a judge in Cameroon convicts someone of homosexuality, they are violating the law, pure and simple,” points out human rights lawyer Alice Nkom. 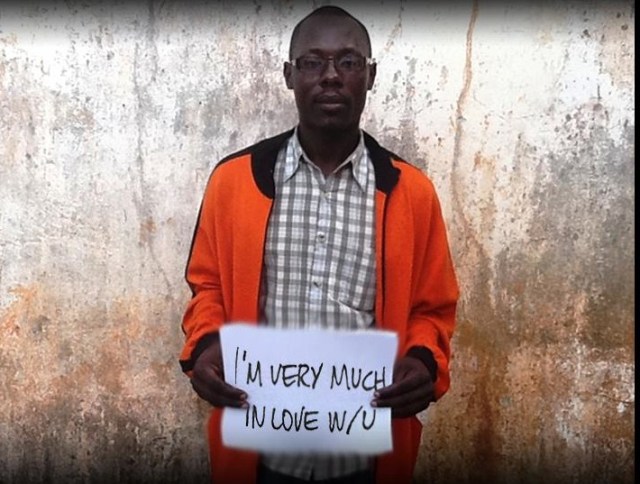 Meanwhile, actual crimes against LGBT people and organizations are often ignored entirely. Lembembe’s death is the most recent — and most extreme — of a string of violent homophobic crimes in Cameroon that have gone uninvestigated, unsolved, and unpunished. In the month of June alone, three different gay rights groups had their offices broken into. On June 1st, unidentified thieves stole computers and hard drives from the Douala headquarters of the Central African Human Rights Defenders Network. Ten days later, human rights lawyer Michel Toguè — who defends clients who have been accused of same-sex relations, and has received such frequent and disturbing death threats that he eventually sent his family overseas — was the victim of a similar burglary, and lost confidential information. On June 26th, employees of Cameroon’s oldest LGBT organization, Alternatives-Cameroon, arrived at their office to find most of their furniture, computers, and medical records destroyed by arson. Other lawyers, organizers and activists have also suffered death threats and attacks on their families.

In early July, Lembembe, along with other activists and organizations, condemned Cameroonian law enforcement for their “selective disinterest” in these cases, saying that “There is no doubt — anti-gay thugs are targeting those who support equal rights on the basis of sexual orientation and gender identity. Unfortunately, a climate of hatred and bigotry in Cameroon, which extends to high levels in government, reassures homophobes that they can get away with these crimes.” Lembembe can’t speak out anymore, but in the wake of his death, others have taken up the fight — the United States released a statement “deploring” the murder and “urg[ing] the Cameroonian authorities to thoroughly and promptly investigate and prosecute those responsible for his death.” UNAIDS and Human Rights Watch have made similar statements. All Out has started a petition aimed towards Cameroonian President Paul Biya, urging him to undertake an “immediate investigation.” It remains to be seen whether anyone will listen this time.