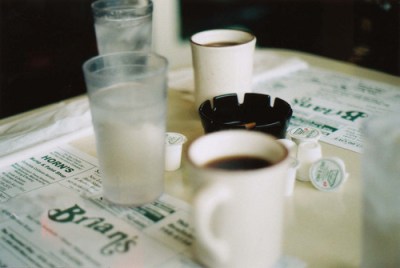 HELLO and welcome to the 64th installment of Things I Read That I Love, wherein I share with you some of the longer-form journalism/essays I’ve read recently so that you can read them too and we can all know more about the post office! This “column” is less feminist/queer focused than the rest of the site because when something is feminist/queer focused, I put it on the rest of the site. Here is where the other things are.

Do You Really Want To Live Without The Post Office? (January 2013), by Jesse Lichtenstein for Esquire –  I’ve been saving this one because I knew it would be so good and obviously it is. It profiles the people who do the work on the ground and in the government, gets into the debate right now about the postal service budget and where the problem started, the evolution of the post office in general and the array of potential futures for the post office if the right people make the right decisions. Maybe one day the post office will find a way to take less than two weeks to deliver Autostraddle calendars or something.

Trying To Unlock the Secrets of a Dead Serial Killer (January 2013), by Sharon Cohen and Rachel D’Oro for The AP – This is basically an episode of Criminal Minds, except scarier because it’s true and also less satisfying because there was no Reed, Penelope, or neat ending.

Kappa Kappa Glamma (November 1996), by Bob Ickles for Allure – “On September 5, as Saddam Hussein marched 30,000 troops into Kurdistan, 445 young women ‑all of them smiling and all but two of them white‑ stormed Sorority Court at the College of William and Mary. Quivering amid the purity of Colonial Williamsburg, Virginia, they were about to begin the ten‑day contest known as sorority rush. Long a staple of American college life, rush is a grueling battery of parties, skits, and small talk. When it concludes, the houses will have decided which candidates fit their secret ideals of poise, kindness, and just plain old politically incorrect glamour.” ‘ [sidenote: it really annoys me when women’s magazines hire men to write articles about women’s culture!]

The Distress of the Privileged (September 2012), by Doug Muder for The Weekly Shift – This is a really interesting examination of privilege and, incidentally, why the anti-gays are missing the point, and other stuff. “As the culture evolves, people who benefitted from the old ways invariably see themselves as victims of change. The world used to fit them like a glove, but it no longer does. Increasingly, they find themselves in unfamiliar situations that feel unfair or even unsafe. Their concerns used to take center stage, but now they must compete with the formerly invisible concerns of others.”

I Was A Teenage Freak (September 2003), by David Kushner for Rolling Stone – There’s this whole town in Florida, Gibsonton, which has always been mostly populated with carnival sideshow performers, but times are changing — they talk to performers who are still in the business and the kids who’ve been working in circuses since they were babies and talks about class and other stigmas involved in the industry. Photos by Mary Ellen Mark.

America’s Hardest Working Know-It All (February 2013), by Kevin Lincoln for Buzzfeed – A profile of Ken Jennings, master of Jeopardy.

Spit & Mud (February 2013), by Roxanne Gay for The Rumpus –  “I keep trying to have an open mind about the issues that challenge me most. In this instance, it is particularly difficult. I tell myself Pope Benedict is not an evil man. I tell myself the church does more good than evil. But then I think about children who trusted their spiritual leaders and had that trust broken in the most terrible ways and were then shamed or silenced. I think about people who merely want to love who they want to love, who are shunned and shamed. I think about women carrying pregnancies to term because they have no other choice, because their priests tell them it is God’s will. It is really hard to do anything but judge when faced with this painful reality. I judge even though this is so much bigger than me, so beyond me, and still so close.:

Anymall, U.S.A. (August 1997), by Nik Cohn for Life Magazine – “Not too big, not too fancy, the shopping mall in Parma, Ohio, is the center of civic life. It’s the city’s Main Street, a climate-controlled barometer of social stress. For decades, nothing at Parmatown mall seemed to change. Now the old order has been turned inside out.” [sidenote: by “turned inside out” he means “some very old conservative white people are uncomfortable from time to time while at the mall”]

Aarushi Talwar murder: Inside story of India’s Most Controversial Trial (January 2013), by Shree Paradkar for The Star – The author is the cousin of the mother of the girl who was murdered, who has been accused of murdering her daughter despite no evidence. – “Four-and-a-half years, one state police force, two federal investigative teams, two sets of suspects, five arrests and countless fumbles later, the murder remains unsolved.”

In China, Families Bet It All On College For Their Children (February 2013), by Keith Bradsher for The New York Times – This story makes the institutionalized classism of America’s higher education system look almost not-terrible?

Swinging Modern Sounds #41: Utopian Communities (February 2013), by Rick Moody for The Rumpus – I’m not really that into reading about music usually but I love Rick Moody’s writing style when he writes about music and also I liked this mostly for its musings on utopian communities rather than the stuff about the sound of the band he’s focusing on.