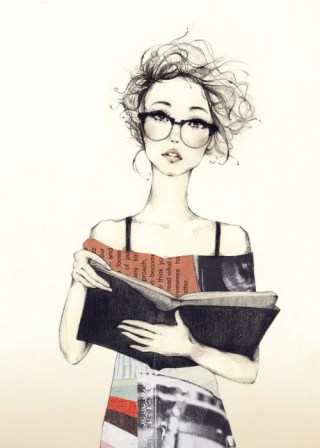 HELLO and welcome to the 46th installment of Things I Read That I Love, wherein I share with you some of the longer-form journalism/essays I’ve read recently so that you can read them too and we can all know more about Cosmo and solitary confinement! This “column” is less feminist/queer focused than the rest of the site because when something is feminist/queer focused, I put it on the rest of the site. Here is where the other things are.

99 Ways to Be Naughty in Kazakhstan: How Cosmo Conquered The World (August 2012), by Edith Zimmerman for The New York Times – Obviously I hate this magazine and haven’t even been guiltily entertained by it since I was maybe 19, but it was interesting to hear about it changing women’s sex lives around the world now in the way that it did for women in America in the 60s.

The Truck Stop Killer (October 2012), by Vanessa Veselka for GQ. – “As a 15-year runaway hitchhiker, a trucker nearly killed the writer. Twenty seven years later, she investigates whether her attacker was truck stop serial killer Robert Ben Rhoades, who often kept his victims chained in the back of his truck for weeks before killing and dumping them.”

Joel Klein’s Misleading Autobiography (October 2012), by Richard Rothstein for The Prospect – Wow, so, the former chancellor of the New York City Department of Education, who’s a big name in education reform if you keep up with that stuff, basically has lied egregiously about his upbringing to make it seem like he can understand the struggles of children from poor families who live in housing projects. This article, written by a guy who grew up in very similar circumstances as Klein, is a pretty serious takedown:

It would be obscene for me to claim I overcame severe hardship and was rescued from deprivation by schoolteachers. It is more obscene for Klein to do so, because his claim supports attacks on contemporary teachers and a refusal to acknowledge impediments teachers face because of their students’ social and economic deprivation. It’s a deprivation that he never suffered but that many children from public housing do today.

Sunshine for A Brother (October 2010), by Leah Finnegan for The Morning News – “Musician Elliott Smith died seven years ago today in Los Angeles. Though he’s remembered mythically in the East Village, it was in Brooklyn where Smith was happy.”

Solitary in Iran Nearly Broke Me. Then I Went Inside America’s Prisons (October 2012), by Shane Bauer for Mother Jones – Well, this is horrifying. How California prisons use sketchy “validation” procedures to declare inmates gang members or gang member associates and then lock them up in a shitty (but expensive for the taxpayer) closet-sized cell for years and years and years. Written by one of three American hikers imprisoned in Tehran’s Evin Prison after being apprehended on the Iraqi border in 2009, who notes that in Iran at least he had a window.

Should The Government Make Us Happy? (May 2008), by Ryan Blitstein for Miller-McCune Magazine – This is really interesting. Like why we judge how well a country is doing based on its GDP instead of the happiness of its citizens. It made me feel pretty good about my life. The counterargument is also interesting. ISN’T LIFE INTERESTING.

On Roosevelt Avenue in Queens, Vice Remains a Stubborn Presence (October 2012), by Sarah Maslin Nir for The New York Times – “That’s what the fight against vice is like on Roosevelt Avenue, where efforts by the city to clean up a street that is home not only to pigeons, but also to a host of criminal activities, often play out like the carnival game Whac-A-Mole:  go after one form of wrongdoing and it will re-emerge somewhere else in a slightly different form.”

The World of A Professional Naked Girl (October 2012), by Molly Crabapple for Vice – “I wanted to be an artist. Any tool to get there—even a website or properly printed portfolio—required more money than I could make working retail. If money drove me to the naked girl business, it was something else as well. I wanted to test myself. I wanted to see if I could work in a field fraught and stigmatized, and emerge unscathed. I wanted to burn off childhood.”