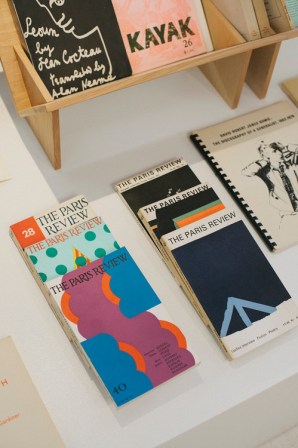 HELLO and welcome to the 45th installment of Things I Read That I Love, wherein I share with you some of the longer-form journalism/essays I’ve read recently so that you can read them too and we can all know more about Buffy and Star Trek! This “column” is less feminist/queer focused than the rest of the site because when something is feminist/queer focused, I put it on the rest of the site. Here is where the other things are.

Also this post was supposed to go up on Friday and I thought I’d scheduled it to do so and I’ve only just now noticed that it hadn’t gone up (I kept wondering why I’d not yet read the comments on my TIRTL post, and reminding myself to do that, and now I realize I never checked the comments because there weren’t any, because it wasn’t published, and so I never looked at the screen or in my inbox and saw that there were comments on it!), and I’m sorry! It appears I lost a few links too, so you know, whatever. WORDPRESS/MY INTERNET CONNECTION, YOU SALTY DOG.

To The Skin (October 2012), by TT JAX for The Rumpus – My only consolation that this post didn’t go up on Friday and that I somehow lost my blurbs for a few of these links is that now I can add this to it! I read this just a minute ago, and you should too:

“In direct inversion to our public invisibility, homeless people are inescapably visible to each other. So penned in, no doors, one room; we can’t look away if we wanted. The shelters are very worried about what we might do with ourselves- fuck, sleep past six, eat chips in bed. We are watched, watch ourselves, each other. These are not good conditions for transgender people to engage in bodily functions.”

Ellen Ripley Saved My Life (December 2010),  by Sady Doyle for The Awl – I wanted to quote from this piece, but it’s about so many things that I feel like I should tell you what it’s about instead. So: Strong Women Action Heroes. Surviving. Ellen Ripley. Buffy Summers. Firefly. Joss Whedon. Being “Gifted.” Psychology. Being studied by doctors because you’re smart and that’s interesting. Mothers. Action Heroes. Strong Women. River Tam. Starbuck. “Mommy Issues.” “Because as far as a lot of people are concerned, you’re not the heroine of the piece. You’re the monster. So keep going. There’s no show without the monster, after all.

In Which We Write Our Covert Lesbian Manuscript (August 2012), by Kate Hart for This Recording – “In a fictional German village, Juliette Tallifer Dorn writes these extraordinary sentences about her attraction to women in a letter to her husband. Juliette inhabits Highsmith’s own personal predicament in the fifties: she is a “mature woman who cannot keep herself from practicing homosexuality, even if for social reasons she should wish to.””

Star Trek: The Next Generation Turns 25 (September 2012), by Brian Phillips for Grantland – “Traveling to The Next Generation’s 24th century sent me hurtling backward at about Warp 9. That’s partly because the show is bound so strongly in my memory with those solitary misfit hours of adolescence, but also because The Next Generation itself is helplessly, and kind of movingly, of its time.”

The Demands of Cold Blood (November 2011), by John Davidson for The Morning News –
“When a crime reporter is told an outlandish account, his first obligation is to establish the facts. But when the story turns out to be far more shocking—a conspiracy, in fact, of appalling darkness—it can knock his sense of duty until it cracks.”

Rural Minorities Ponder the American Dream From the Bottom Rung of The Economic Ladder (September 2012), by Tom Keller Jr. for The Huffington Post – This is very long and very important. I’d recommend saving it to Instapaper because The Huffington Post has a tendency to burn your eyeballs out. But it’s about poverty in rural areas of the country, which hits racial minorities way harder than it hits white people (surprise!).

The Jumper Squad (October 2012), by Wendy Ruderman for The New York Times – About the people who try to talk people down from killing themselves.

Why These Kids Get a Free Ride To College (September 2012), by Ted C. Fishman for The New York Times – This is really awesome. Private donors have made ‘The Promise” to all graduates of public schools in Kalamazoo that if they get into college, their entire tuition would be covered. It’s changing everything. Seriously you should read this.