It’s our twenty fourth Autostraddle Anonymous Sex Toy Review! Over the last few years, we’ve been propositioned frequently by sex toy companies wondering if we’d like to review their toy in exchange for, you know, their toys. In 2011, in addition to “saying yes to the dress” we started saying YES to the sex toys!

I recently received New York Toy Collective’s Shilo Pack and Play as well as the Love Bump. Spoiler alert: this is going to be a very favorable review. Let me just tell you that I was really excited for this toy. I have high expectations when I get excited, and yes, it definitely lived up to my high expectations. 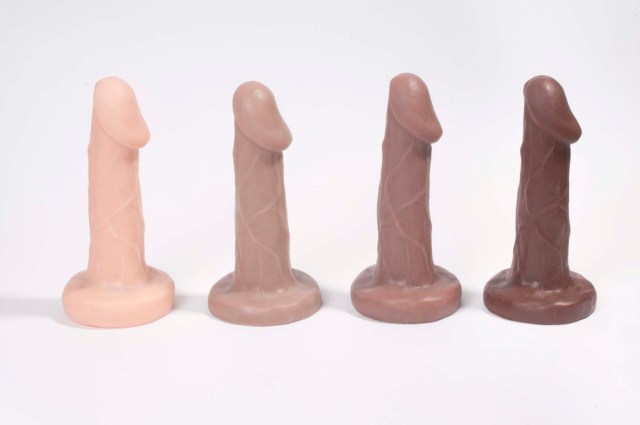 Shilo is available in 4 colors. Why four? Because more choices help you pick a shade that is closer to your natural skin tone.

To clean, shilo place in boiling water or on the top shelf of the dishwasher. 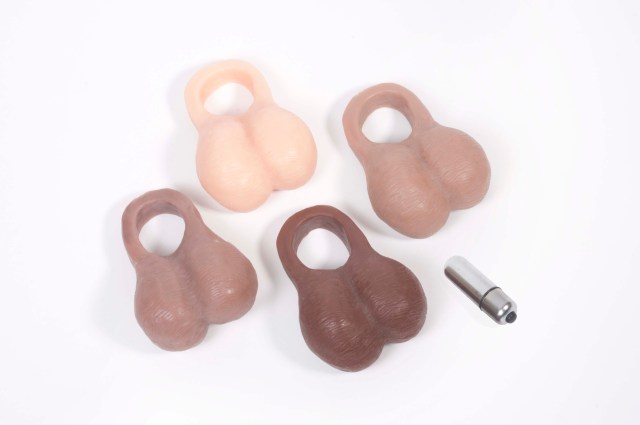 + Care instructions: Boil or place in top rack of dishwasher, can use cornstarch to keep away dust bunnies, use only with water-based lube

+ Care instructions: Boil or place in top rack of dishwasher, can use cornstarch to keep away dust bunnies, use only with water-based lube

Shilo and the Love Bump were packaged in a very subtle, non-descript, small poster tube. I appreciated the lack of “HEY THIS IS A SEX TOY” packaging from New York Toy Collective.

My partner and I had been looking to buy a new dildo, and really, everything high-quality was too expensive to justify. At $129, Shilo is super affordable and worth every penny. Because Shilo is handmade, I found it to be very high-quality. The bendy core inside of my Shilo seemed to be too close to the edge under the shaft (I was afraid it would burst open at the thin skin under the head during any kind of vigorous activity), and when I emailed New York Toy Collective, they assured me that it takes heavy-duty scissors and multiple hands to break the two layers of silicone between the core and the edge. Mine hasn’t busted open during use, so I’d say they were right.

As I’m more of a “player” than a “packer”, I had my partner pack it and wear it around for awhile. She said it was comfortable, bendy enough to fit between her legs without a giant dick shaped bump in the front of her pants, and made her feel sexy. Here’s a video of Shilo for packing:

Guest has written 152 articles for us.