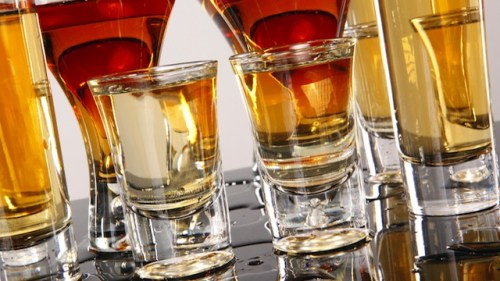 New research shows that women born after World War II are more likely to binge-drink than those born in previous decades. Why are ladies getting drunker than they used to?

According to the Huffington Post, a new review of existing research has found that American women born post-1945 have higher rates of binge-drinking than their foremothers, and that women’s rates of overindulgence are approaching men’s. However, the study didn’t find the same effects in Europe or Australia. What’s the explanation for this phenomenon? Addiction therapist Paul Leslie Hokemeyer says, “After World War II, the role of women changed. More women entered the work force, but they were also expected to be good mothers and wives.” So they “latched hold of alcohol as a coping mechanism because it is readily available and socially acceptable.”

It’s possible that women are drinking more because they’ve entered the workforce but are still faced with the stresses of a “second shift” at home. And maybe European women don’t face the same stress because they have better social safety nets. It’s also possible, though, that getting drunk has simply become more acceptable for women in the years since WWII. And while somebody’s sure to claim this is a negative consequence of feminism, it may just be a side effect of increased equality. It’s a good thing if women feel less pressure to be ladylike than they used to, and if they’re able to go out to bars with their friends without being judged. If this leads to binge drinking, that’s not an argument for a return to pre-Rosie the Riveter times. It just means we need to recognize that alcoholics come in all genders, and tailor treatment and screening accordingly.