Yesterday everyone’s favorite kitchen talk show host Liz Feldman told you why 2 Broke Girls is relevant to your interests. Well did you watch? Didja? Didja? DID YOU!? I did so I know that 2 Broke Girls is a show about two white girls that work in a diner and are surrounded by lots of ethnic characters that talk funny. This includes the old guy from The Jamie Foxx Show and Martin.

Am I showing my age with that reference? No, just my race? That’s fine. 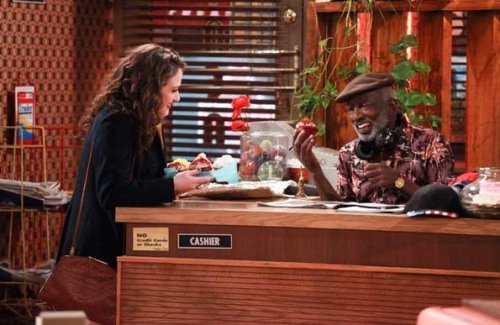 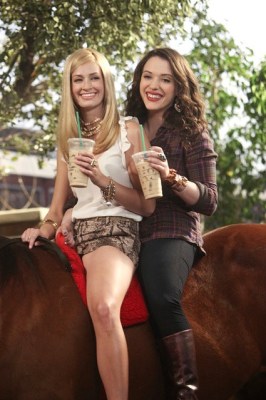 The thing about CBS is I feel like my IQ drops 10 points every time I watch a show on that channel (except for The Good Wife). Which is fine. I have points to spare. I guess what I’m saying is you know what you’re in for.

2 Broke Girls, like Two and a Half Men and Big Bang Theory, is one of those shows that will be polarizing. For every million middle-America viewers that tune in, there’ll be one hundred liberal elite types scratching their heads wondering what drug they’re putting in Hungry-Man dinners for people to find this funny, nay, hilarious. I guess I fall somewhere in the middle right now.

I’m hoping that the show gets better as it goes on because I think Liz Feldman and Morgan Murphy are hilarious and for the record I would be their friends even if this turns out to be a shitty show. I hope you all caught the gay joke in the first half of the episode because that’s the closest the networks are going to come to a black lesbian on TV all season. BOOM.

+ Hipsters don’t listen to Coldplay.
+ I have accidentally called this show 2 and a Half Girls on multiple occasions.
+ Will the chef ever say anything funny? My bet’s on no.
+ Kat Dennings is funny but this doesn’t seem like her brand of humor.
+ If the blond went to Wharton, why didn’t she already have a job? Who goes to Wharton for funzies?
+ I hope that “female-fronted comedy” doesn’t mean that all of the guys are going to be Six Sigma Douches.

You should all weigh in about how much you hated it or loved it or if you were generally meh about the whole thing. Your gay voice counts and if you comment enough on this article, this show will definitely begin pandering to the queer lady audience. In fact, I think about midseason it will be revealed that the horse is a lesbian and that’s not just one but FOUR steps in the right direction.