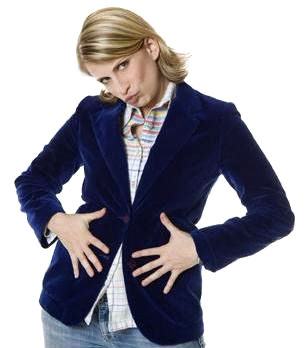 Liz Feldman had retired her adorable talk show, “This Just Out” back in July 2009 for a regular correspondent gig on The Jay Leno Show. She’s now a writer/producer on Betty White‘s series, Hot In Cleveland, but like Jay-Z and Michael Jordan, she just couldn’t stay away from the game. Also, now that The Real L Word has unearthed a new batch of celesbians to play with I guess now is the appropriate time to bring the awkward back. Don’t say Ilene Chaiken never did anything for you. Hey – remember our awesome interview with Liz a few months ago? Good times!

So, here we have the season premiere of “This Just Out” featuring a fun interview with Tracy Ryerson.

Also! Make sure you watch til the very end cause Shaney Shane Shane Kate Moennig has a 10 second cameo in a dykey hat.