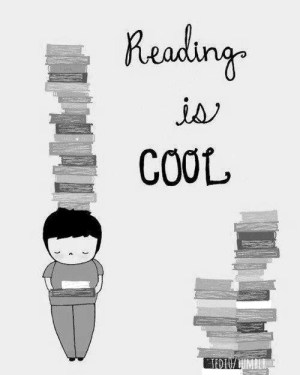 HELLO and welcome to the 43rd installment of Things I Read That I Love, wherein I share with you some of the longer-form journalism/essays I’ve read recently so that you can read them too and we can all know more about writing non-fiction and Anna Nicole Smith! This “column” is less feminist/queer focused than the rest of the site because when something is feminist/queer focused, I put it on the rest of the site. Here is where the other things are.

The Writing Revolution (September 2012) by Peg Tyre via The Atlantic – “Common Core’s architect, David Coleman, says the new writing standards are meant to reverse a pedagogical pendulum that has swung too far, favoring self-­expression and emotion over lucid communication. “As you grow up in this world, you realize people really don’t give a shit about what you feel or what you think.””

The Art of Non-Fiction No.2, Gay Talese (Summer 2009), by Katie Rophie for The Paris Review – Oh wow I liked this one so much. Like this, especially — “I’m detached always, with everyone. Now that I’m trying to write about my life with Nan, I realize the extent to which I’ve been an observer in a fifty-year marriage. I am always interested in the story that I could be writing if I were writing about what I’m doing. I could be swatting tennis balls, and I’m thinking of a scene on the tennis court. A case could be made that this is my main failing as a person. I am never there. Fully.”

Growing Up Gloucester (November 2008), by Rachel Baker for Boston Magazine – I remembered halfway through reading this 2009 Sex Positive Journalism Award winning piece that the Gloucester pregnancy “pact” was also mentioned in a TIRTIL essay from two weeks ago called Cape Fear. Anyhow, this piece is nothing like that piece and it’s also really interesting, ’cause the writer actually talks to the girls and digs into what it’s like on the other end of the media spotlight.

High Times With Anna Nicole Smith (December 2010), by Steven Mikulan for Los Angeles Magazine – I want you to know that if you want to read this article, it’s okay, no judging. This is a safe space.

Ex-Nymphet, by Kristy Logan for The Rumpus – “It begins with SuicideGirls, a website of nude girls with tattoos, piercings, and dyed hair. Like most teenagers I have low self-esteem and body image issues – but also a tattoo, several piercings, and dyed black hair. SuicideGirls claims to get a million hits per week. I gather my two best friends and a bottle of vodka.”

What Happens to Stolen Bikes? (September 2012), by Rohin Dhar for Priceonomics – I found this both fascinating and relevant to my interests.

The Wrongful Conviction of Kirstin Blaise Lobato via justice4juveniles – Blaise fought off her attacker — a stranger whose name she never learned — when he attempted to sexually assault her in Las Vegas. Two months later, after Blaise had moved to California, a dead body was found in a dumpster in Las Vegas. How the hell did she end up in jail for killing a man she probably never even met? Read this and find out and then feel rage and then want to do something about it.

Crushing Debt Drove Me to Kosovo — and Then Iraq (September 2012), by Anonymous for The Billfold – “If I had felt any unease that I was potentially exploiting a horrible situation for personal gain, it was short-lived. The next four months were the most stressful, difficult, and dangerous of my life until that point, and probably—hopefully—ever.”

Menace to Society: Why Many Black Men Are Accused of Being in Gangs (August 2012), by Albert Samaha for SF Weekly – “The courts have ruled Oakdale Mob a gang, and when it comes to enhancement charges, the standard seems to be: gang member until proven otherwise.”

The Rise and Fall and Rise and Fall of Hipster Bashing (January 2012) by Jesse David Fox for Splitsider – “PBR, tight jeans, affluence, music taste, irony — all the stereotypes were there. At the time, the humor came from the ludicrousness of going through every single cliché possible. Little did they know they were creating the formula that lesser hipster bashing videos were going to copy, without perspective or adding anything new, for years to come.”