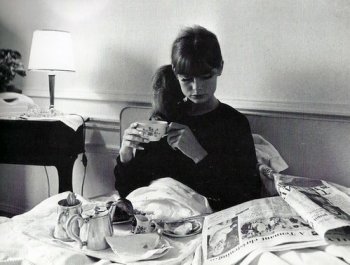 HELLO and welcome to the 27th installment of Things I Read That I Love, wherein I share with you some of the longer-form journalism/essays I’ve read recently so that you can read them too and we can all know more about sex on anti-depressants and Noomi Rapace!! This “column” is less feminist/queer focused than the rest of the site because when something is feminist/queer focused, I put it on the rest of the site. Here is where the other things are.

Also! I imagine many of you have read the New York Magazine story S/He and might wonder if I’ve seen it — I have indeed read it, but I’m not including it here because Morgan is writing about it for Monday!

Tourist Snapshots (May 2012), by Rolf Potts for Design Observer – I found this so beautiful. “When I recall my visit to Ford’s Theater, I don’t think of Civil War intrigue: I mainly remember the sight of other junior high kids in the queue outside; I remember thinking, “Maybe people would like me more if I, too, wore white Reeboks.”

True Stories: Still Medicated After All These Years (May 2012), by Jeremy Glass for Nerve.com – Relevant to my interests.

Ink, Inc (March 2012), by Alex Halperin for Guernica – “It’s getting harder to distinguish between tattoo culture and the mainstream. In the last decade there have been at least five tattoo reality shows and a 2010 Pew Research Center study found that 38 percent of 18 through 29-year-olds have tattoos, compared to 15 percent of baby boomers.”

The 1 Percent’s Problem (May 2012), by Joseph E. Stiglitz for Vanity Fair – “Put sentiment aside. There are good reasons why plutocrats should care about inequality anyway—even if they’re thinking only about themselves. The rich do not exist in a vacuum. They need a functioning society around them to sustain their position. Widely unequal societies do not function efficiently and their economies are neither stable nor sustainable. The evidence from history and from around the modern world is unequivocal: there comes a point when inequality spirals into economic dysfunction for the whole society, and when it does, even the rich pay a steep price.”

Young, Privileged and Applying For Food Stamps (May 2012) by Karina Briski for The Billfold – “… a woman seated next to us leaned forward, her words darting out faster than we could dodge them. “Excuse me, but you’re all disgusting. And if I had time to spare, I would report you.'”

The Meme Generation (June 2012), by Matt Labash for The Weekly Standard – A skeptical writer visits ROFLCon, which is this weird convention about memes. It’s really weird. You should read it.

Believing the Children (March 2009), by Jordan Smith for The Austin Chronicle – “In 1992, Fran and Danny Keller were convicted of multiple counts of child sexual abuse at their Oak Hill day care center and sent to prison for 48 years. It’s likely they were innocent. Indeed, it’s very likely that no crime ever occurred – except an absurd and overzealous prosecution.”

The Week in Greed: The Money Shot (May 2012), by Steve Almond for The Rumpus – Steve Almond on that gross picture of Mitt Romney and his cronies with all that money all over themselves.

Two stories about the same event:

Yiddish, Translated on a Jumbotron by Micah Stein for Tablet Magazine –  “A few rows down from me, a man was chatting on his iPhone. “I’m at the ballpark, it’s Jewish heritage day!” he laughed. “I could use a cold beer.””

Noomi Rapace Arrives in Hollywood, by Way Of Outer Space (May 2012) by Karen Olsson for The New York Times Magazine – Lisbeth comes to America!

Snow White & The Hunstman and Kristen Stewart (May 2012), by Zach Baron for Grantland – “But the character of Kristen Stewart is a fascinating one; she holds your attention on-screen, even when she’s just sort of being herself. I hope they keep making movies about that person, whoever she is.”

Riese has written 2963 articles for us.