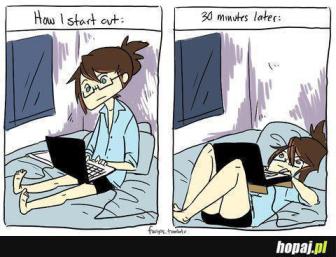 HELLO and welcome to the tenth installment of Things I Read That I Love, wherein I share with you some of the longer-form journalism/essays I’ve read recently so that you can read them too and we can all know more about Grey Gardens and illegal abortions!

+ Victorian Tea Party Princess (February 2012), The Miami New-Times – I used to be big into old school Saturday Night Live and never really understood why this woman was on the show at all. Now she’s a completely insufferable Birther Tea Party Fox News Pundit Racist Homophobic Anti-Islam Weirdo Torpedo of CAHRAZY. Interesting article, obviously. Even better is that Jackson flipped out and wrote a response piece about how The Miami New Times is a socialist.

+ Pitchfork: 5.3 (January 2012), n+1 – On the rise of Pitchfork and its dangerous power over the music industry and influence on “indie rock.” It’s sort of a warning note, too, for websites prone to groupthink.

+ The Way it Was (Sep/Oct 2004), Mother Jones – Life before abortion was legal was a lot of things. One of those things was being sexually violated by abortion doctors — that’s what happened to the author of this piece.

+ The Throwaways (January 2012), The Rumpus – “I was pissed. I was virile. I was a clot of gamey teenager. I wanted to fight and draw and write and make messes and I was hoping maybe that I could go into an alley and get raped and then murdered and then maybe someone would rape my bones. That was the good type of mood I was in when I first picked up a copy of Leontiev’s Political Economy.”

+ Schoolhouse Rocked (March 2011), Texas Monthly – Basically this super rich private school in Texas, where The Bushes went and everything, had some problems with parents who didn’t understand why their kids were being taught to be tolerant of diversity and politically sensitive and nice to gay people.

+ The Secret of Grey Gardens (1972), New York Magazine –  This was written before the movie, y’all! I can’t believe I’d never read it. Little Edie talks to the reporter just like in the movie and says the most amazing things in it! There’s new information in it, and like it fills in gaps from the movie. It’s just the best thing!

+ Counter-Terrorism is Getting Complicated (January 2012), Esquire – Actually moreso than finding the story itself interesting, I found the insight into the minds of the people who write crazy shit about gay people and liberals on the internet that I’d not had before. But also, it’s about how fucked our counter-terrorism situation is.

+ Going Solo: The Extraordinary Rise and Surprising Appeal of Living Alone (February 2012), The Smithsonian – So in 1950, 4 million Americans lived alone which is slightly less than 10% of all the households. Now 32.7 million live alone, which is 28% of all American households. AND in Seattle, San Francisco, Denver, Philadelphia, Washington D.C. and Chicago, between 35%-45% of households are one person only. In Manhattan, it’s 1 out of every 2! I am one of those people, this guy is onto us.