We arrived at Logan International Airport thrilled and excited not only to meet new faces, but also to reunite with old ones. This past week was NPS2013 Poetry Slam, which consisted of five days, 72 teams, and a whole shit-ton of poems. We laughed, we cried, we stayed up until ungodly hours of the night to cheer on our friends and favorites. 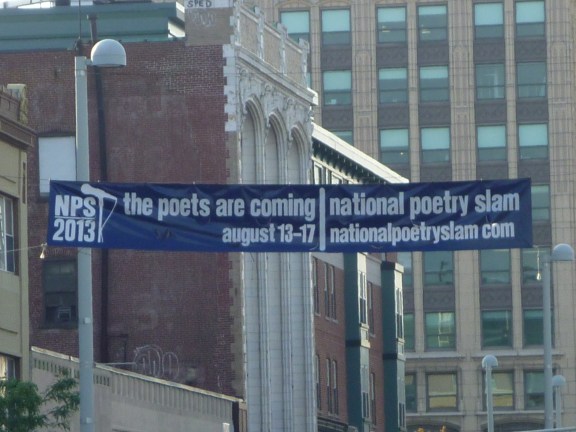 Marine: Boston is an absolutely beautiful city, even when it’s cloudy. I sat and worked on my pharmacy school applications several times by the Charles River, and it was very relaxing. The second day we discovered a restaurant called Cinderella’s which had a delicious and thrifty pasta special for lunch. 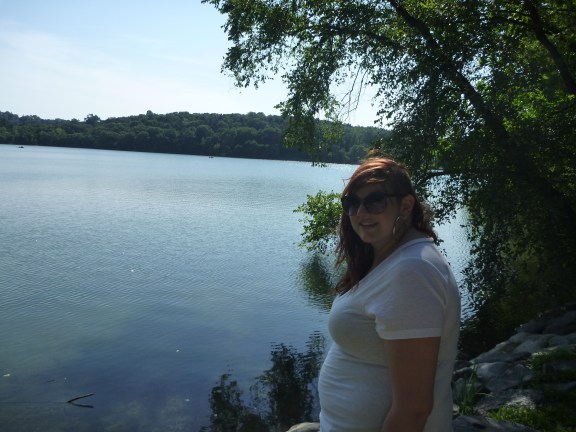 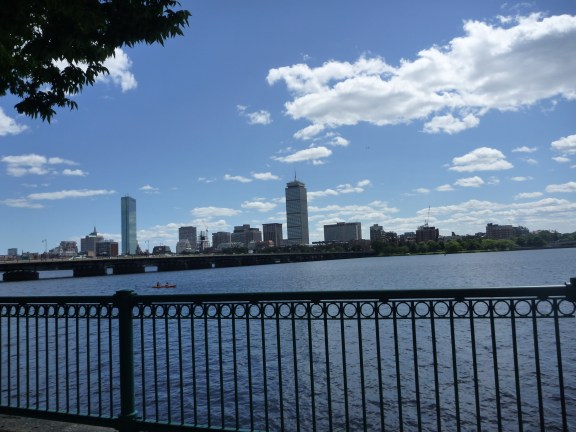 Ashley: Rather than staying in the host hotel with the other poets, we chose a cheaper option. We stayed in our A-Camp cabin mate’s apartment with her cat and two roommates while she was away. 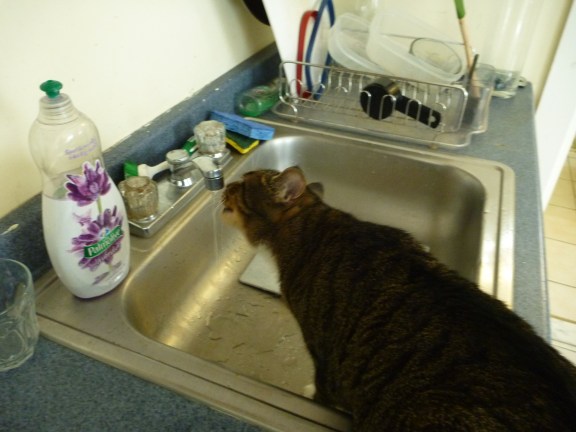 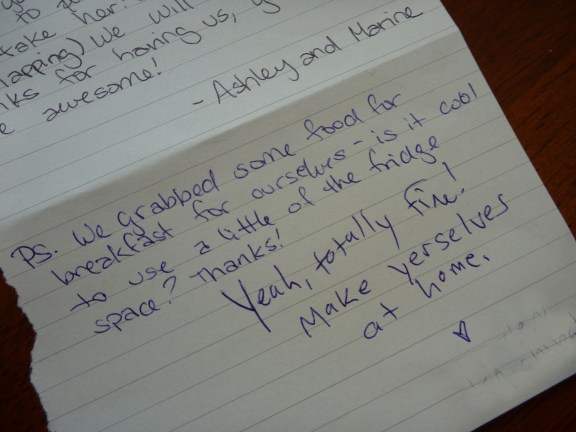 Night two was when the real excitement began. The National Poetry Slam was starting! If any of you readers were there this week (or watched the livestream), we want an open thread of your feelings/opinions/#NPShade in the comments! We started at the Cantab to watch our home team, Da Poetry Lounge, go head to head with Providence, New York and Minneapolis. Ashley opened the night as the sacrificial poet and then cheered our team on as they took 1st place! 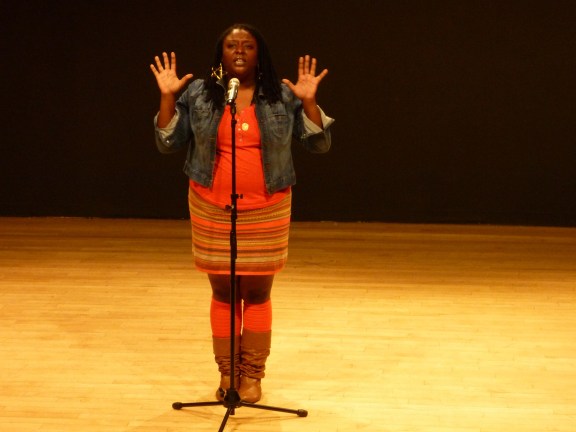 Ashley: As the week progressed, I got really geeked to see that even though I wasn’t competing on a team this year, I was still named one of the top 10 queer spoken word artists, and squealed out loud on the subway car I was in at the time. My home venue then went on to win their semi-finals bout, which ensured their place on final stage! Also- ANDREA MOTHERFUCKING GIBSON was in the audience behind us during that bout.

Marine: We were highly embarrassed when the MC pointed out our matching shoes (which I had repeatedly bugged Ashley about prior to the trip) in front of the entire room.

After the first few bouts, we found out there was free wifi in Harvard yard, and that Harvard yard is beautiful and there’s brick everywhere and it must be so cute covered in snow and oh how we love the east coast! We also found an honor-system run, unmanned book stand and this really cool street art that we think needs more attention. 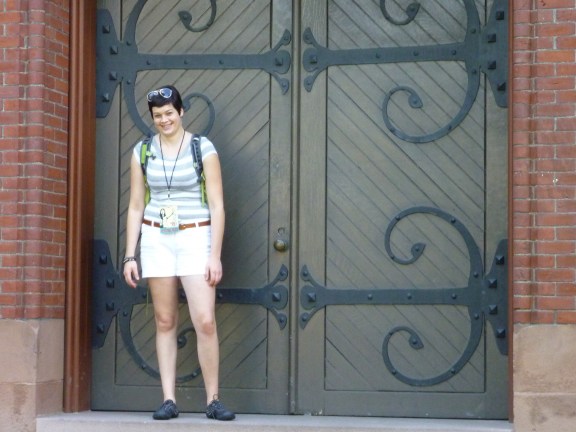 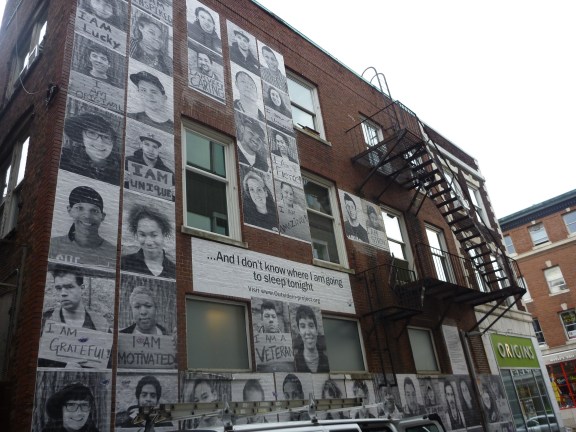 Marine: An event I really enjoyed at NPS was the head-to-head haiku slam where poets battled against each other with very witty punch lines. It’s amazing how such a poem can cause you to experience so much emotion with only three lines. Glori B took the win in a crazy 17 round haiku battle against Theresa Davis. 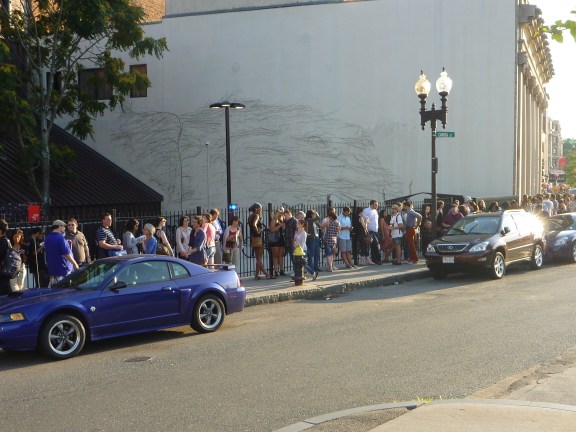 We had a blast. Ashley got to share a few poems at the QILTBAG open mic, and an impromptu cypher. We stayed up and watched the sunrise after seeing Dominique Ashaeed win the NUPIC title (We don’t remember what that stands for, but it’s the individual underground slam that happens secretly in the middle of the night. It’s very Dead Poet’s Society, only louder.)

Marine: We tried to stick to our daily budget of $16 a day, for a grand total of $140 a week, but due to our miscalculation of the MBTA’s last green line train on Saturday night, we were forced to take a cab home. Our sweet tooth also got the better of us a time or two. Although we went a little over budget, we are hoping to make it up next week!

Up next: Providence, Albany and New York!