Chris Christie signed a bill into law yesterday that was a huge win for LGBT children and teens and just humanity in general – conversion therapy, the kind of therapy that purports to turn gay children and teens into straight ones, has now been outlawed in the state of New Jersey when it comes to practicing that “therapy” on minors. New Jersey is the second state in the U.S. to ban this kind of abuse on minors, California being the first. According to an email news blast from Garden State Equality, the New Jersey senate passed the bill banning SOCE with a bipartisan super-majority of 28-9, and the Assembly followed suit with a bipartisan super-majority of 56-14.

Christie’s statement on why he signed this particular bill into law indicated that he had to weigh the risks of exposing children to abuse, risks cited by the American Psychological Association that include self-harm and suicide, versus any sort of benefit:

“I believe that exposing children to these health risks without clear evidence of benefits that outweigh these serious risks is not appropriate.”

He believes that government should tread lightly in the area of restricting parenting decisions, but that in this case he had to intervene. He also stated that, based on the research, he believes the people are born gay, which goes against his publicly stated religious beliefs. Could we be seeing a personal evolution?

Maybe, but here’s the thing:  Christie could have just not signed the bill and it still would have become law. In New Jersey, if the Governor takes no action, a bill that’s been passed by the state legislature becomes a law anyway after 45 days. In fact, he signed the bill just hours before that would have happened, indicating that his support is some kind of political message or move. Perhaps I’m not good enough at politics, but this seems like a weird decision for a man considering a presidential run in an ever-increasingly right-wing radical party, especially since he has vetoed marriage equality and has written some truly asinine things therein. He’s already blatantly denied the New Jersey LGBT community his support… why offer it now? 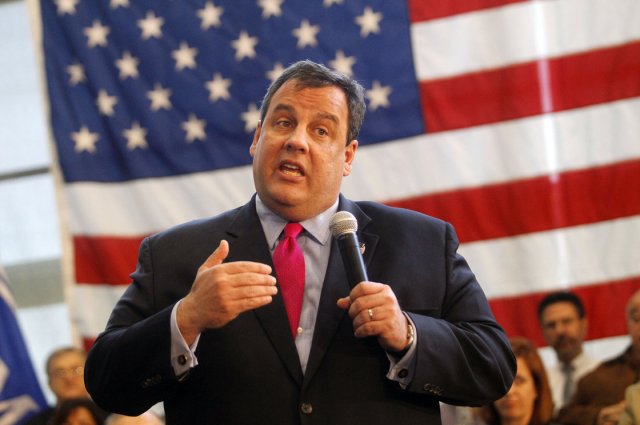 The New York Times reports that Christie’s Gubernatorial race and attitude are, in fact, setting him up for a bigger election. Among many statements from many key players in Republican fundraising, one stands apart as potential reasoning for Christie’s support of the SOCE (sexual orientation change efforts) ban. Dax R. Swatek, an Alabama lobbyist, thinks the presidential climate for the Republican party needs to change in this upcoming election, and that Chris Christie, a more moderate Republican in a blue state, might just be the guy for the job:

…Looking at it long-term, the way the presidential map is, it is going to be very difficult for Republicans to win without going into some states that are purple and blue. To me, the guy can do it.

The same article states that this strategy — the strategy of being likable to more people than just standard issue red state Republicans — closely mirrors the strategy used by Bush Senior, who ran as a “different kind of Republican”:

Senior Republicans who are familiar with Mr. Christie’s strategy say it is most closely modeled after Mr. Bush’s bid in 1998 for re-election as governor of Texas. The parallels are clear. Mr. Bush was considered a shoo-in for re-election to the governor’s office, but he and Mr. Rove became determined to win over Hispanic and black voters to demonstrate the governor’s broad appeal to a national audience. Mr. Bush won that race, with 68 percent of the vote, which included more than a third of the Hispanic vote, offering him a powerful credential when he ran for president two years later as “a different kind of Republican.”

While this conversion “therapy” ban is a win for the New Jersey LGBT community, I think we’re being played like a Presidential game of checkers here. And I’m not sure that this will be very effective where Christie is concerned. Troy Stevenson, leader of Garden State Equality, hit the nail on the head and called Christie out on the weird schism between this decision and his marriage equality position:

We hope that his realization – that there is nothing wrong with our LGBT youth – and that there is nothing about them that needs to be fixed, will lead to a further evolution. It is our truest hope that the Governor will realize as the majority of the legislature and a super majority of the New Jersey public have realized, that the best way to ensure our LGBT youth are protected from the abuse of being ostracized, is to provide them with full equality. We must provide all NJ youth with acceptance, with hope for the future, and yes the promise of the dignity to marry the person that they love.

I guess for now New Jerseyans should celebrate the victory and hope that Christie’s position evolves to a more favorable one, regardless of his presidential aspirations and their effect on his state leadership. Perhaps, if Christie is the golden child that some Republicans claim he is, his evolution could help push the party into being a less bigoted and terrible entity with regards to the queers. But that, of course, might be pie in the sky.

We’re also guaranteed to get some fuss and fights from supporters of this particular brand of child abuse – they’ve already kept the California ban from taking effect, and now people like Arthur Goldberg, co-founder of Jews Offering New Alternatives For Healing, are saying that the New Jersey ban prevents meaningful therapy from being administered. “The decision [to use conversion therapy] should be a joint decision between a parent and child,” Mr. Goldberg said. “By the age of 14, children are old enough to know if they want help or not.”

I take my pie in the sky statement back — THIS is pie in the sky. The idea that abusive households take into account the wants, needs and feelings of their gay children, or the idea that conversion therapy of any sort is meaningful therapy? Pie in the friggin’ sky. Also the idea that all 14-year-olds, crushed by the weight of society’s and their parents’ expectations and the unwarranted guilt and shame heaped upon them, will always be able to voice their displeasure and refuse such therapy? Even if some 14-year-olds can? This is all magical, wishful thinking.

Let’s hope this ban sticks and that this is the beginning of a new era for Chris Christie, New Jersey, and the Republican party as a national entity.