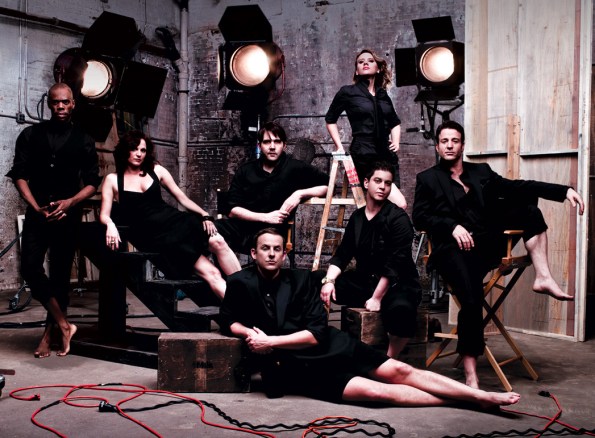 Although men abound on Logo these days/this season, the Big Gay Sketch Show has serious girl power and stars three of our favorite ladies in the whole universe: lesbian Kate McKinnon, bisexual Nicol Paone, and our very own Julie Goldman, star of the Autostraddle Vlog-Series Julie & Brandy In Your Box Office.

In this season of “The Big Gay Sketch Show,” will Fitzwilliam finally get a vagina? Will Chocolate Puddin’ make the cut in “RuPaul’s Drag Race?” All your favorite characters are back with guest stars that include Rosie O’Donnell, Sharon Osbourne, Isaac Mizrahi, Andy Cohen, Bethenny Frankel, Julianna Margulies, Andre Leon Talley, and Rachel Dratch.

We thought we’d ask some questions of the lovely ladies at the helm of the show. Without any further ado… 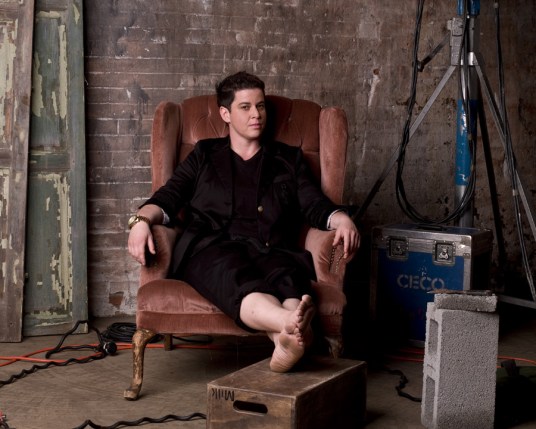 Julie: My favorite sketch from the upcoming season is the one I’m In. Just kidding. Uhhh… I think my fave so far may be The Sapphos Lipps Bar Mitzvah Song.

Julie: My favorite guest star was André Leon Talley. I had no idea who he was and Jonny [McGovern] schooled me. He was so huge and so Gay – I couldn’t take my eyes off of him. He was like a Magical Gay Fashion Extravaganza.

Julie: I would make out with the head of Craft Services. I dont think I need to explain why. Cheese crackers and all the mints I can eat. Who wouldn’t? Hot.

Julie: I just try and be my dykey self and bring the Lesbian Executive Realness. I enjoy being able to be all butchy and then be able to pull out a Liza Minelli or Mariah Carey and wear little dresses and say – yes – believe it. I can actually play women. Shocking. I am happy to represent a lady we dont EVER get to see on TV. 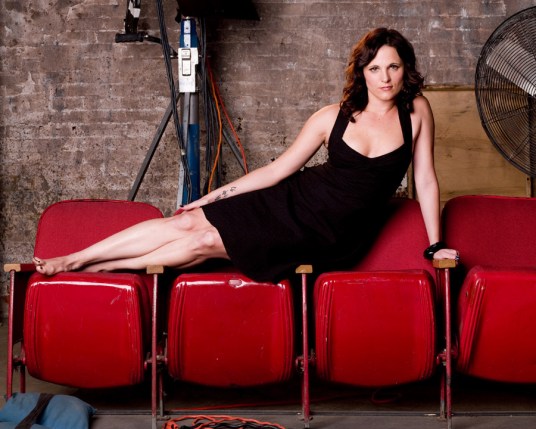 Nicol: My favorite sketch from the new season is “Guess What I had for Lunch” — I laughed so hard when we were filming it and twice as hard when watching it. Basically the sketch is a new game show with 2 contestants and then we have Liza Minelli, Dr. Phil, Amy Winehouse and Raven Simon as the celebrity guests who burp in the contestants face in order for the contestants to guess what they had for lunch. Yummy deliciousness. Some of my favorite answers were semen, salami, leg of mutton and cocaine. Love that shit!

Nicol: André Leon Talley, by far because he cancelled the first time because he didn’t like what he was wearing, which I totally get and then he came back the next week in all his mumu glory looking fantastic. I love that man. Put me in VOGUE.

Nicol: Hmmmm, let’s see well, I’ve made out with Julie, Kate, Paolo, Erica — no not Erica, she wouldn’t kiss women, I guess I would make out with Coleman because he has a GLAAD award and is on Broadway right now.

Nicol: What a great question, thank you for asking that! Well, unbeknownst to the cast of crew of the show what I do to bring vadge power to BGSS is literally rub my golden snatcher all over everything before everyone gets to work. It takes me upwards to 2 hours! I rub myself on the props, the microphones, the headsets that our ep’s wear, the doughnuts at craft service, the costumes, our wardrobe stylist Bobby’s desk, his dog, our wigs, Amanda Bearse’s coffee mugs, the rug, our scripts, etc. LADY POWER!!!!

Unfortunately Kate McKinnon has not yet responded to our email containing questions for this piece. Miss January Jennifer Nieves saw Kate on Sunday at something related to acting or whatever it is those kids do, so we know Kate is  alive & well and can only conclude that she is just busy/doesn’t like us.

As it is now about five minutes before Big Gay Sketch Show showtime and this post needs to go up, we have no choice but to make up answers for her. We are pretty sure these answers are more or less what she would say as they are things that she DID say, just in a different interview and in another different interview as answers to different questions. But that’s really just semantics. 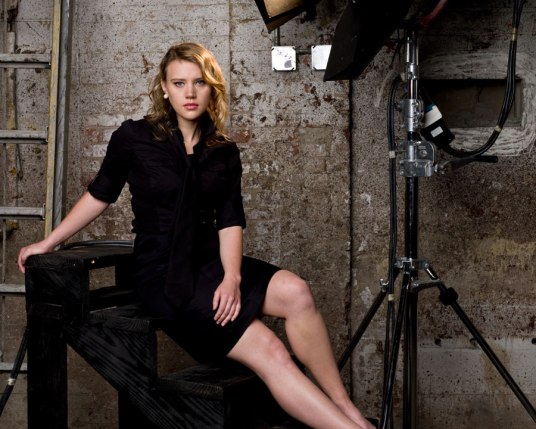 “Kate”: There is a Fitzwilliam sketch, but there is also much more. There are some more celebrity impressions … Among them, I will say … Barbara Walters is on the show now. In all respects of her life.

“Kate”: I would have to say André Leon Talley, because that is what the other girls picked and therefore it is statistically my most likely response.

“Kate”: They say that I was so drunk that I licked a pole in the Spinnaker lounge and I don’t remember that at all, and I had a stomach virus, probably from something I contracted by licking the pole!

Catch the new season premiere of The Big Gay Sketch Show tonight at 10pm on LOGO: