Not too long ago, I was at a WNBA game on Pride Night, seated right next to a high school basketball team. It was the New York Liberty vs. the Chicago Sky, gay players everywhere — Candace Parker, Courtney Vandersloot, Allie Quigley, Stefanie Dolson, Natasha Howard — as rainbows shimmied and shook in the stands. The teenage girl directly next to me clocked my seafoam green Equality cap, my wedding ring, my wife beside me. She told me, excitedly, that she’d come out to her teammates and that’s why they’d brought her here, on this night especially. And then Tegan and Sara‘s “Everything Is Awesome” started blasting and she stood up and screamed, “THIS IS THE BEST DAY OF MY LIFE.”

I couldn’t stop thinking about that game as I was watching High School, Clea DuVall and Laura Kittrell’s TV adaptation of Tegan and Sara’s memoir of the same name, a vulnerable, sincere, highly relatable teen drama about growing up gay in the ’90s. It’s not just about growing up gay, of course, but that’s the main undercurrent for both Tegan and Sara, whom we meet on-screen not as the BFF twin pop duo of modern day fame, but as one sister punching the other sister in the face. Literal growing pains. They’ve been each other’s shadow, each other’s mirror, their entire lives — and now they’re trying to figure out exactly who they are, as individual human beings. Because it’s the ’90s, there’s no BuzzFeed quizzes for them to ask if they’re lesbians, no TV characters to project their experiences onto, no queer YA lit to dive into; they can’t even ask each other about it because they’re hardly speaking. And then they stumble upon their stepdad’s guitar, and as real life Tegan writes in their book, it’s like she already knew what to do with it. 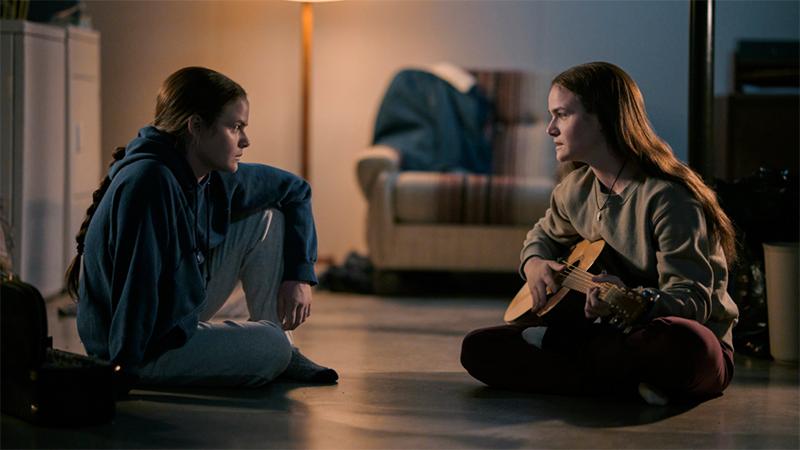 Over the course of season one, through the power of their own songs, both sisters start unraveling the mysteries of their identities, and find their way back to each other.

Tegan and Sara’s complicated relationship isn’t just about being twins, or being teenagers, or being gay; it’s also about the fraught and painful dynamics of teenage friend groups. Tegan and Sara and their pal Phoebe used to be inseparable, but now Sara and Phoebe are freezing Tegan out. It’s not because they don’t love her. It’s because they’ve fallen for each other and are dating in secret. Tegan gets a girlfriend, too; only she doesn’t know it. She’s still not clear on the fact that she’s gay, so when she develops an intense relationship with her new friend, Maya, she assumes they just click. Whereas Maya assumes they’re gonna click and kiss. All of their friendship drama takes place in front of a backdrop of 1990’s thespians, the theater kids of theater kids. It’s a diverse and dynamic friend group, like all the best teen dramas boast.

The story of fictional Tegan and Sara’s casting is already the stuff of legend. Twins Railey and Seazynn Gilliland were working at a pizza place in Fresno, making TikToks like all their friends, when Tegan Quin stumbled onto them and sent their videos to Clea DuVall. Next thing they knew, they were in Canada, working alongside Cobie Smulders, who plays Tegan and Sara’s social worker mom, Simone, to bring the teenage years of the most famous queer twins in history to life. Everyone involved with the show has spoken so fondly of Railey and Seazynn, about the acting and music boot camp they went through, about their dedication to getting this series so right for fans and for the band, about their generous performances and sweet spirits. I’m so happy to say all that comes through on-screen, and even the very few stilted line-readings that make it through play less like stumbles and more like, “Wow, yes, being a teenager is so awkward! Especially being a gay teenager in a small town before even Ellen came out!”  Cobie Smulders goes full Canada on Simone, and the results are as excellent as you’re hoping. (Don’t act like you’ve never wanted to be scolded by Cobie Smulders.) 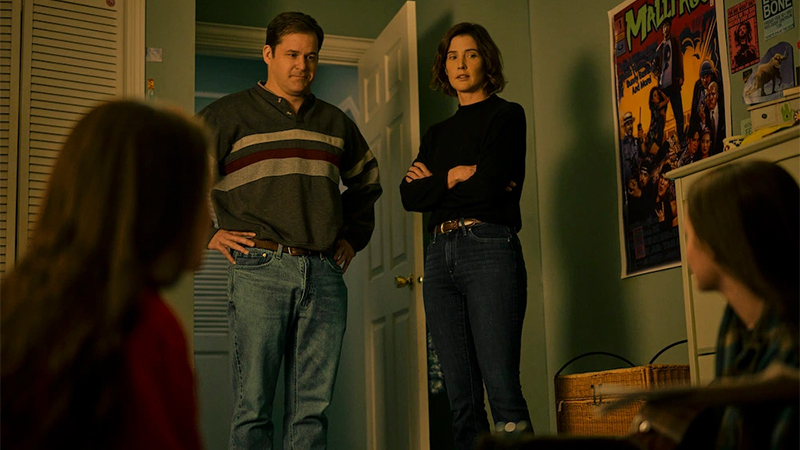 High School accomplishes a lot of impossible things. It honors Tegan and Sara’s memoir. It keeps their story as accurate as possible, and that means including plenty of bratty youthful moments they had the courage to share. It introduces us to snippets of music that will become the songs that launch their careers. And it’s eminently watchable, no matter how little or how much you know about actual Tegan and Sara. It’s just a damn good queer teen drama, one I’d be praising even if it was about two imaginary people I’d never even heard of.

The reason I kept thinking about that WNBA game while I was watching this show l is because I wondered what High School-era Tegan and Sara would think about it, how it would feel to know that their quiet teenage turmoil, their tentative queer exploration, would one day manifest itself in music that’d have other queer teens shouting and celebrating their gayness loud and proud in New York City. No, everything’s not always awesome, but when we wake up, life really is a surprise.