A few weeks ago, the publicity team for “Five Points” reached out to ask if I would be interested in “chatting to Hayley Kiyoko about her work on this project for Facebook Watch and how she developed the character of Lexi for Five Points” and I was like, “you had me at ‘Hayley Kiyoko.'”

Five Points is Executive Produced by your girlfriend Kerry Washington, Thomas Carter (Save the Last Dance, Coach Carter, Roots) and Adam Giuadrone (Being Mary Jane, Black Lightning). I hope that seeing “Kerry Washington” and Save the Last Dance in the same paragraph just now gave you all an opportunity to close your eyes and remember “it’s country and you look country in it.”

Five Points follows a few fateful days in the lives of five teenagers who attend the same South Side Chicago high school — kids who come from radically different class backgrounds and social groups who find their stories intertwined following a complicated sequence of events and a sudden, staggering tragedy. Although Washington has stressed that the show is “not an after-school special,” there’ll be lots of hot topics on the table, including but not limited to gun violence, bullying, depression, drug use and being gay. Though some plot elements of the fast-paced series can feel a little contrived, this show has so much heart and can deliver twists and subtlety where you least expect it. It’s deftly directed and showcases a fresh-faced cast who deliver winning performances and bring refreshing, authentic energy to the screen. It’s also rare and revelatory to have the entire main ensemble be people of color. Generally when teenagers deal with heavy shit, there’s a white boy savior at the center, but there’s no room for that here, and wow that’s f*cking awesome. I had the press privilege of viewing every episode in one triumphant marathon and it was a satisfying watch that left me eager for Season Two. 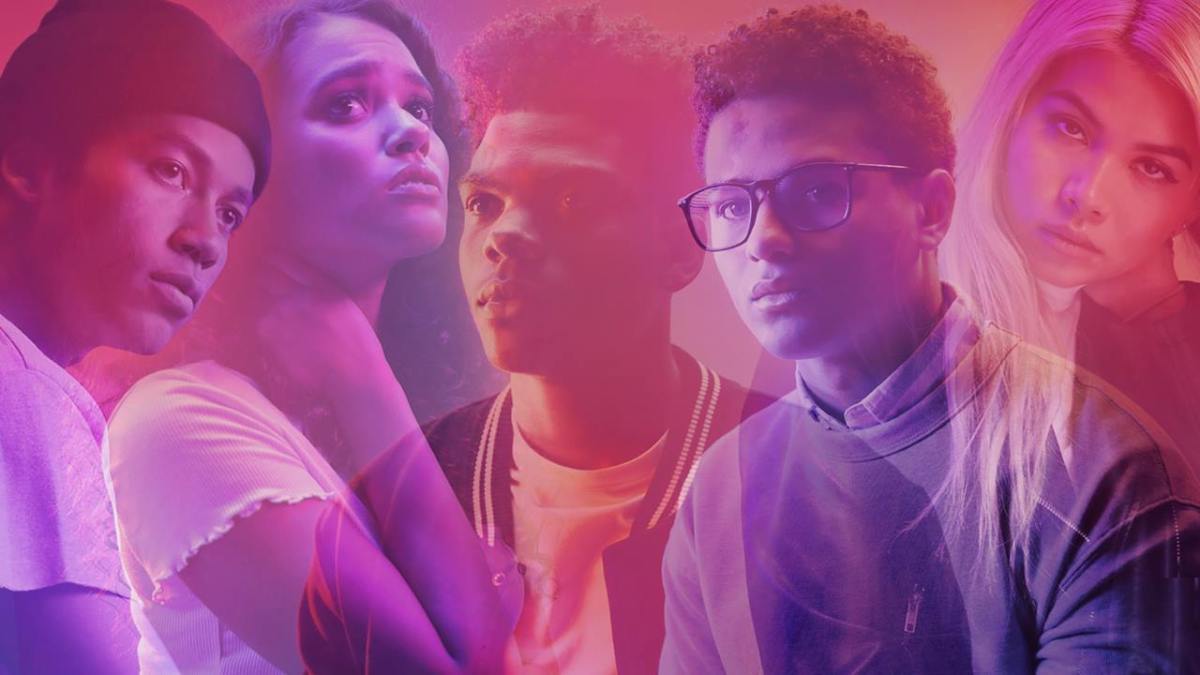 Hayley plays Lexi, a guitar-playing outsider who dreams of being an actress but is too scared to do anything about it and also can never get her Dad on the phone. Her character isn’t gay, unfortunately, but she does wear a lot of layers, including both a flannel and a leather jacket. One of Lexi’s closest friends on the show, however, is an oft-stereotype-defying femme gay man of color, played by Trey Curtis in what appears to be his very first imdb credit.

The first three episodes debuted last night, and subsequent episodes will release every Monday night until we run out of episodes.

So, last Friday morning, after the article I wrote about Hayley in Nylon debuted online, I grabbed ten minutes with her to talk about the show!

Riese: Heeeyyy.
Hayley: You know that I just called you and left you a message?

Riese: Yes, I literally just got the voicemail —
Hayley: Like… anyways…

Riese: How are you?
Hayley: You killed [the Nylon article], you’re amazing, I’m so happy with how it turned out it’s just wonderful, so it’s great to have you doing this too.

Riese: I just wanted an excuse to talk to you again.
Hayley: Yeah of course. Killing it.

Riese: Soooooo, I’m supposed to ask you, “how did you develop the character of Lexi?”
Hayley: I was really attracted to Lexi’s character and was really excited to play her because she’s very sensitive and mysterious. She has a very hard exterior. She’s an outsider. There was something different about her character from what I normally play. She just has this mysteriousness and you don’t really know what’s going on with her until you watch the show and see her story unfold. So I was really excited to play her. 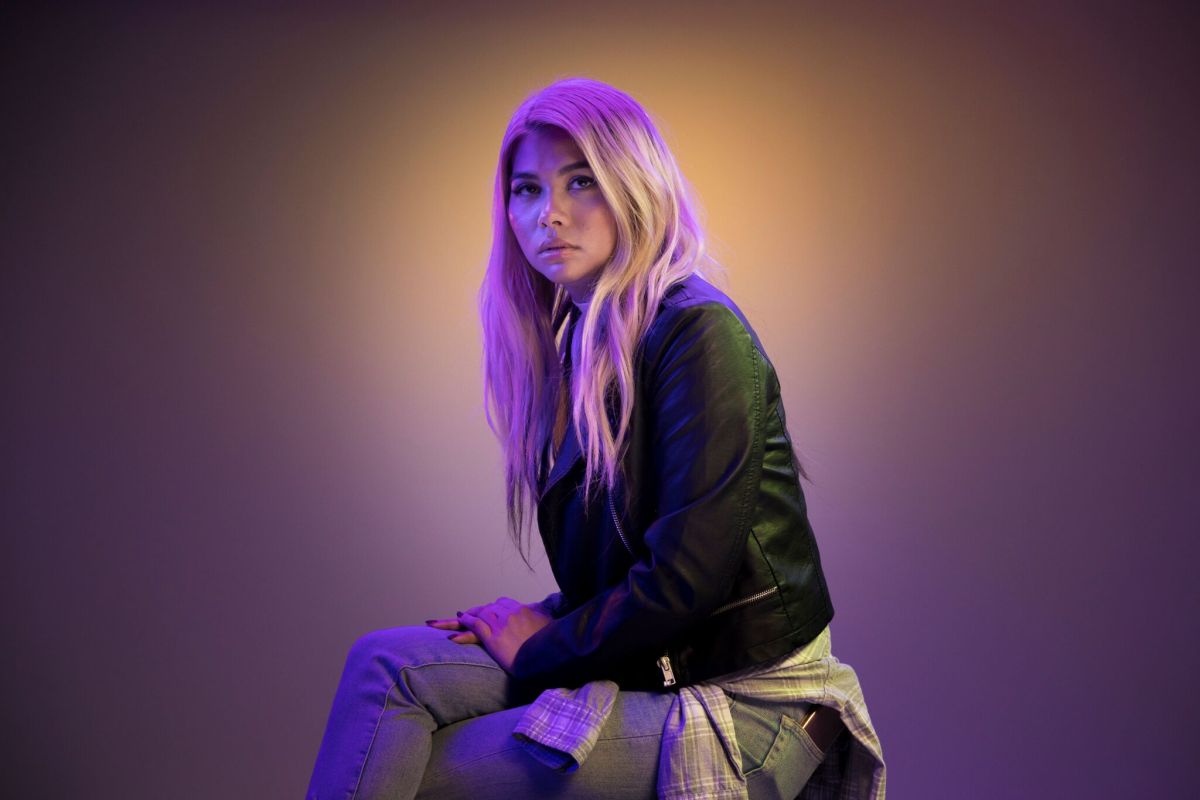 Riese: When did you guys film this?
Hayley: At the end of last year.

Riese: Is it weird this week with everything that’s happening to suddenly be doing press for a show again?
Hayley: It’s honestly really exciting! I had such an incredible time shooting this show. It’s one of my favorite shows that I’ve shot. The actors involved are young and they’re so talented and I think it’s probably one of the most diverse casts people have seen, and so it was just incredible to be a part of it — the story that it tells. Every character is so relatable, going through different days at school and to really be able to represent each perspective and really have all of those moments. I’m really excited for people to see it.

Riese: Was it cool to be on a set or in a cast that was mostly people of color?
Hayley: Honestly, I never really get cast as a lead. When they offered me the role, I was like, are you sure? You know I’m half-Asian, right? But I’m not really playing an “Asian role,” I’m just playing like… a girl. And then once I was cast they started filling the rest of the cast and every single person was so unique and diverse. I was shocked and so excited because I was like, “this is what we need, this is what we need to see!” Because this is what the world looks like and so to be a part of something that feels so modern and “of the times” was really cool. 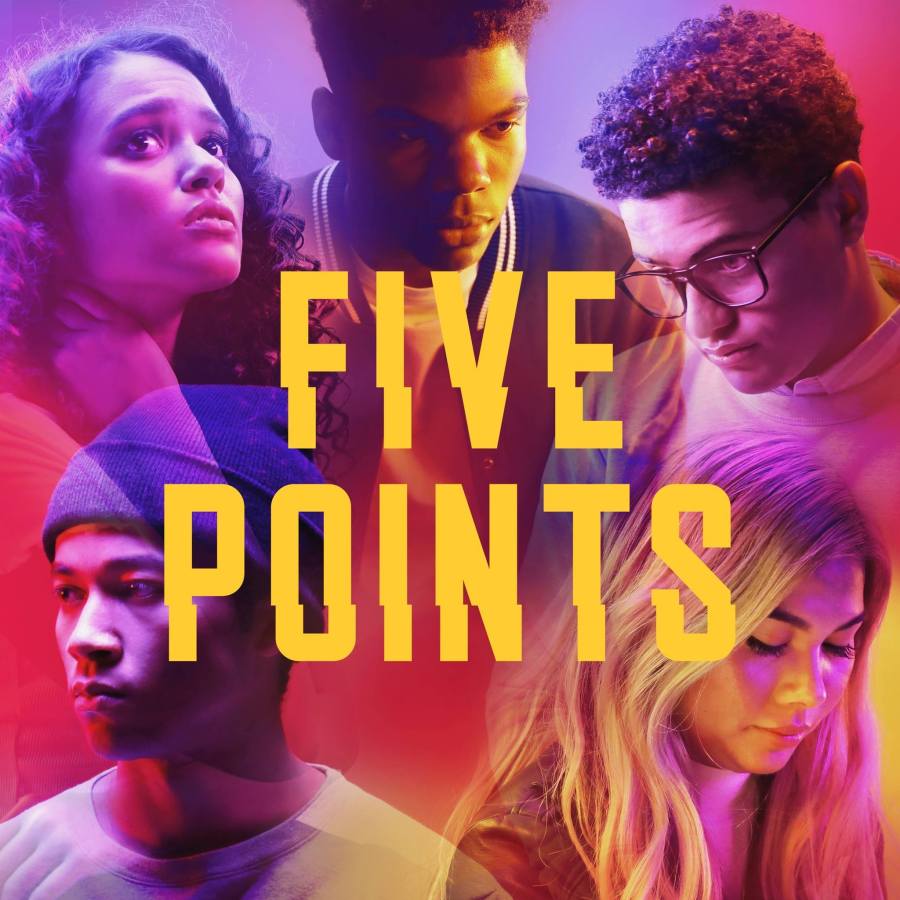 Riese: Did you work with Kerry Washington directly at all, was she actually on set?
Hayley: Yeah, she’s been so supportive of this show and really just giving us such good advice on how to kind of tackle a show like this because there’s a lot of controversy that’ll probably come out with what goes on in the scenes. It’s real life. This show really tackles real life situations and will cause discussions. So she’s been really helpful with that — she’s just so incredibly kind and talented, so it’s been really cool to have her be a part of it.

Riese: How will this show be different because it’s on Facebook? I’ve read some interviews with Kerry Washington about the benefits of a more interactive platform —
Hayley: I mean the concept is being able to just click the watch tab and be able to watch the show and if you like the page you get notifications when the show’s up. So it’s exciting to be a part of something new that they haven’t really done before. It’s gonna be really interesting and cool to see how that connects with everyone — and again, I think that the content of the show is so powerful. Telling this one story from five different points of view and how creative it is to be able to see different things from each character and what’s going on and as you watch it unfold in every episode and you’re like “omg, this happened during that. It’s one big puzzle piece and it’s exciting and thrilling so I think people are gonna really enjoy it.

Riese: What do you think of the storyline with [spoiler] as the closeted-to-themselves gay person?
Hayley: Honestly, the character of [spoiler] makes me really emotional. He is struggling and he puts out these negative actions because of it. And it’s really heartbreaking to watch but it’s something that I’ve experienced, like throughout my life, and have witnessed. I think when people are bullying other people they’re going through something and they’re projecting their insecurities by attacking others. It was honestly hard as a bystander to watch these scenes unfold because it felt so real — because it is real and something that happens on a regular basis. You just want it to stop and you want them to be honest with themselves and take action in a positive way. So that’s a really interesting character. 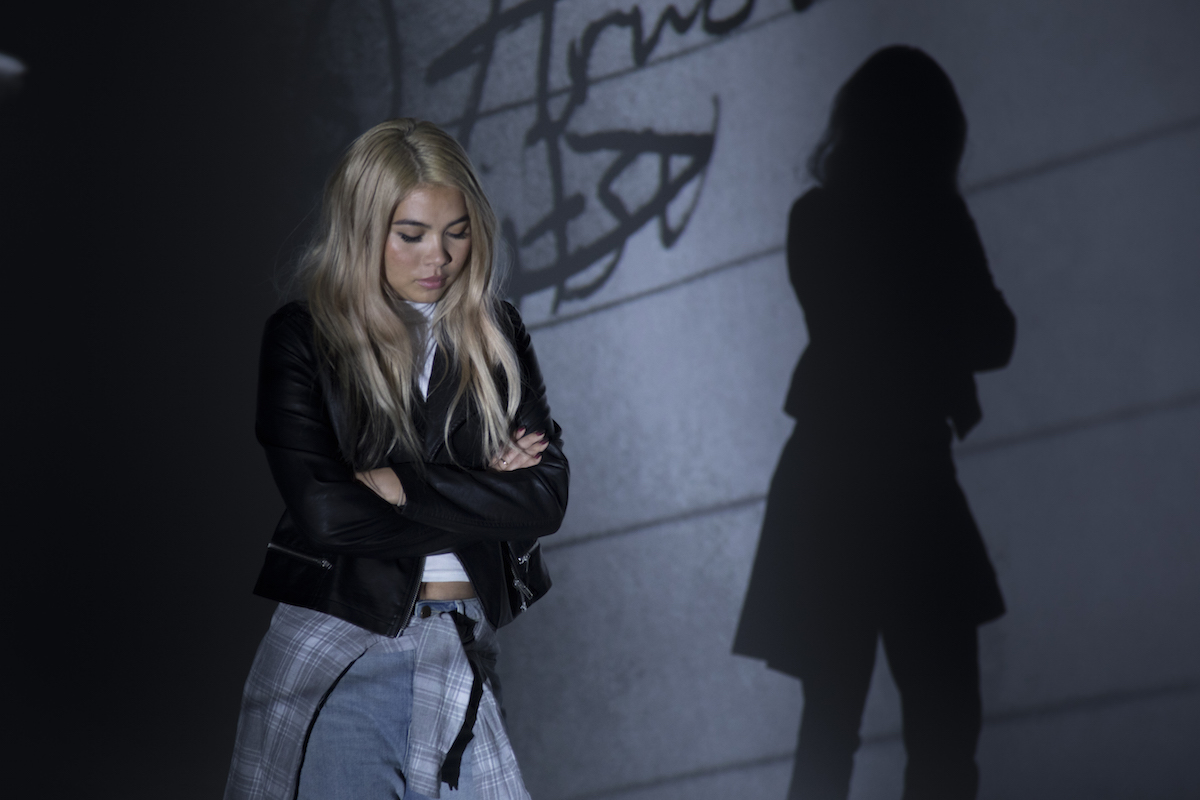 Riese: So this is a crazy week for you, yeah? You’re on tour now, right?
Hayley: Yeah I have a show tonight for 2,000 people! I haven’t really figured out where I am, I’m like in DC? But I’m in Virginia. I don’t know where I am.

Riese: It’s confusing, DC is like a “district” within a city but it’s also physically part of a state and not a city—
Hayley: Like I flew into Virginia but I’m in Maryland but I’m kinda playing DC but I’m not. Everything’s just so close together! So today’s day one. I’m so excited to be back, and it’s gonna be an exciting month with a TV show and Nylon and the tour… here we go! I was just jumping on my bed this morning like HERE WE GO!!

Riese: The Kehlani video is so good!
Hayley: Oh yeah did you like it?

Riese: Yes! It’s so good. I love it.
Hayley: Good, I’m glad. I’m happy that people are enjoying it! So lots to see, lots to watch this month!

Five Points premiered on Facebook Watch on Monday, June 4th. You can catch the first three episodes now and subsequent episodes will release on subsequent Mondays!