The first pictures of Wynonna Earp season three are here and while they’re just promo photos I should warn you that Waverly and Nicole straight up look like they’re posing for engagement pics. Also the season premiere is coming five full days early, and there’s a trailer dropping this very weekend. 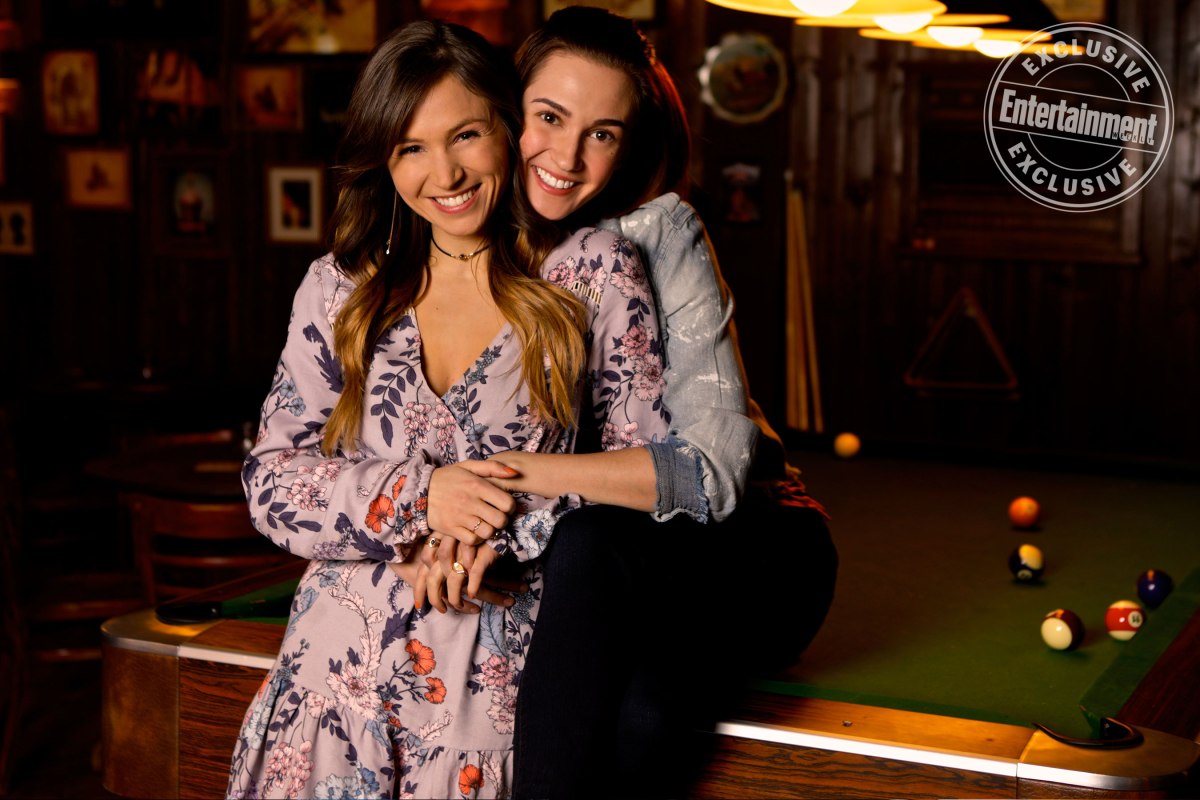 You can watch the first episode of season two of The Bold Type RIGHT THIS SECOND on Hulu! There’s so much Kat and Adena, y’all, in ways you absolutely are not expecting but will be delighted by!

We hate making you wait sooooooo long. So here you go. Watch the first episode of Season 2 now, only on @Hulu. 💁🏻‍♀️ #TheBoldType pic.twitter.com/B1eowBCqZ3

I was on vacation last week so — mercifully — I missed all the Roseanne hot takes and got to simply rejoice in the fact that her show was cancelled. But I guess now ABC is thinking of keeping it alive by spinning it off with Sara Gilbert? Let it die, man.

Samira Wiley chatted with Jasmin Rosemberg over at Variety about the evolution of her red carpet fashion. Did you know her dress for the Emmys last year was modeled after Whitney Houston’s first album cover? I did not! But now I do!

This interview with Cate Blanchett and Sarah Paulson, which entered 30 Days of Carol territory somewhere in the middle, is the wackiest thing I have seen on morning TV in a minute.

Get the waterproof mascara because @hodakotb could not stop crying from laughing during her interview with @MsSarahPaulson & Cate Blanchett (and even had to call in @savannahguthrie for help)! #Oceans8 pic.twitter.com/eKyd28dzO8

Imposters has been cancelled.

Republicans apparently think Netflix is “turning too blue” which is hilarious because wait’ll Shonda Rhimes starts weaving her magic — unrestrained, for the first time, by broadcast networks — over there.

One Day at a Time creator and showrunner Gloria Calderon Kellett chatted with Danielle Turchiano over at Variety about “creating space for everyone,” but really about how she decorates her office to empower her to create the greatest show on TV. “You light a candle, you say a prayer, you set an intention.” I love this woman.

Here’s a good look at the shows currently exploring gender identity and gender expression in younger characters, with quick quotes from the folks who are writing those characters.

After the sunsets and the dooryards and the sprinkled streets; after the novels, after the teacups, after the skirts that trail along the floor; after the most convoluted endgame in lesbian TV history, Alison DiLaurentis left Emily Fields, I guess, and that’s how The Perfectionists begins?

I’m sure by now you’ve heard the GLORIOUS news that Dolly Parton is getting a Netflix show where every episode is based around one of her iconic songs, of which there are ten thousand, and so I look forward to twenty seasons of gay Jolene! Lily Tomlin is the one who broke the news, on accident, because people kept asking her and Jane Fonda about a 9 to 5 reunion.

You don’t have to illegally download Killing Eve anymore; it’s coming to Hulu. (Also, would you like to overanalyze Eve and Villanelle’s relationship? Well, Hypable’s got you covered!)

Hailee Steinfeld is gonna play Emily Dickinson in a new comedy called Dickinson, which: A) a comedy about Emily Dickinson? Okay! and B) They better keep her bi!

Two important pieces of Wonder Woman news. Number one, the sequel is going to be set in 1984! Number two, LYNDA CARTER WAS SPOTTED NEAR THE FILMING LOCATION.

Looks like that awful Heathers reboot is finally, really dead.

And, finally, congrats to the GOAT.

Heather has written 1441 articles for us.