Between her singing, her dancing, her intelligence, and her literal slaying, it cannot be denied that M3GAN, the eponymous killer doll of the delightful new horror movie M3GAN, has TALENT. A multi-hyphenate legend! Companion, parental figure, AND murderer! There is nothing she cannot do! And her looks? Her looks kill, too. And if you find yourself wanting to dress like M3GAN — not even as a costume but literally just to become M3GAN in your everyday life — I’ve got you covered.

Before we delve into specific clothing options, some notes: You must middle-part your hair to become M3GAN or otherwise acquire a middle-parted dirty blonde wig and just like barely curl the bottom third? Idk, M3GAN is rocking a very specific White Girl hairdo that I never know how to describe — not straight, not curly, not even wavy? I guess it’s almost like the boring TV hair that so many characters have. Personally, my favorite M3GAN hairdo is her post-murder teased look: 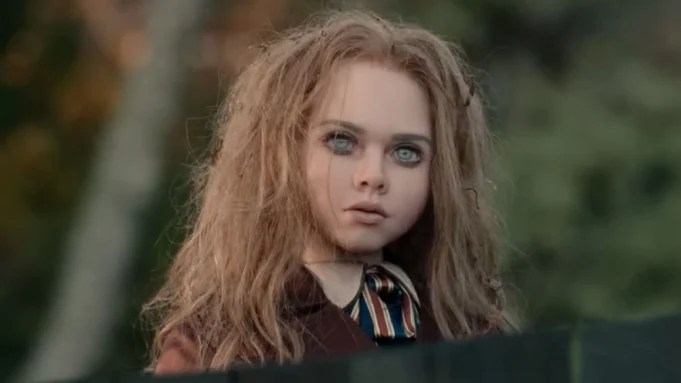 There are lots of compelling arguments in favor of M3GAN being a queer icon, but I argue that the most convincing piece of evidence is the fact that she has found the one outfit that works for her and wears……..only that. Queer people love a uniform! M3GAN has her one look, and the only thing she does to sometimes change it up is throw a dramatic coat over it. That was basically also my approach to “fashion” when I lived in Chicago. 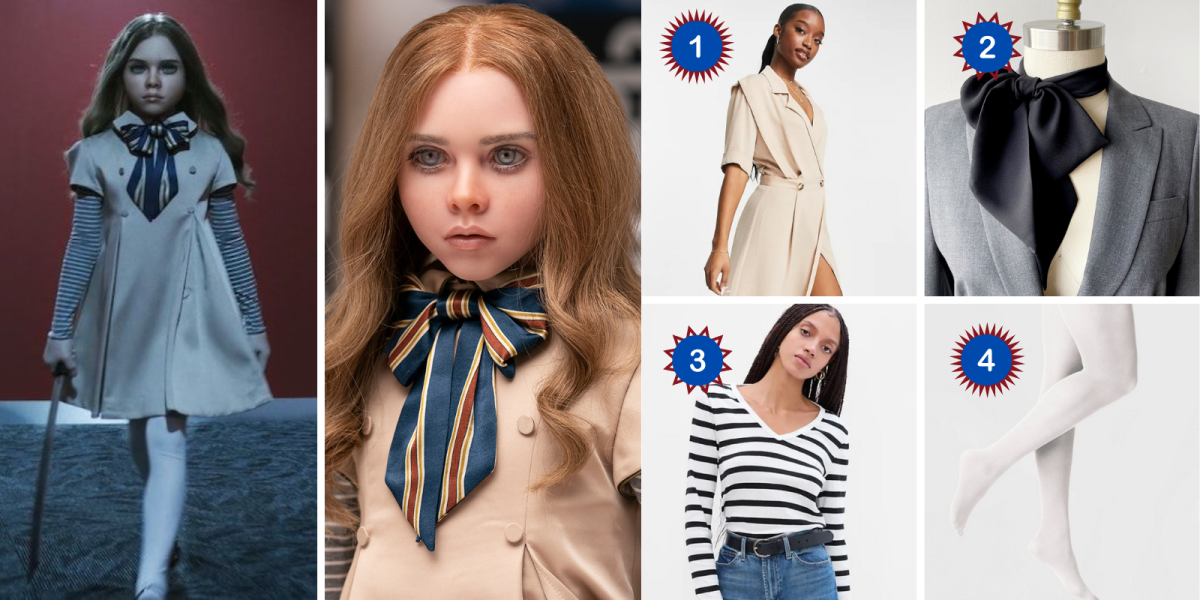 Again, this is not a costume, so I’ve taken some creative liberties in my replication of M3GAN’s signature look, creating an everyday modern M3GAN-esque wardrobe for you to wear while, I dunno, dancing down a hallway with a very large blade in hand. You have all the essential doll-like touches here: a very large bow, an A-line dress, stripes, tights. Now go forth and threaten your enemies in boarding-school-femme style.

Throw a Coat on It 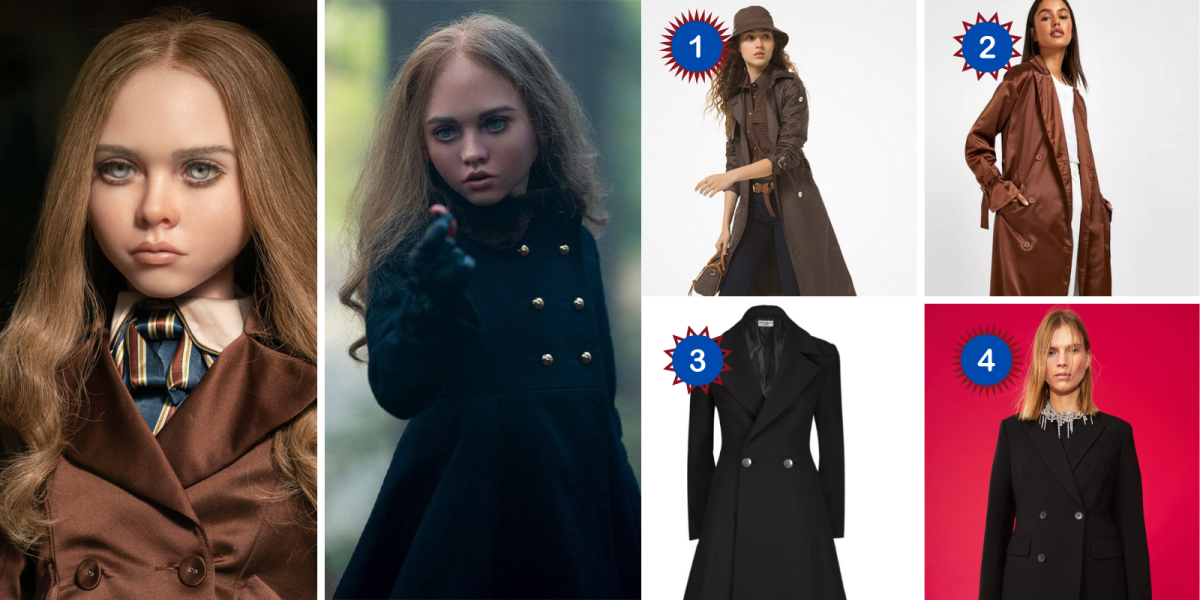 M3GAN understands the power of a really good coat. She also makes some subtly interesting choices in this department, like opting for a satin-y trench rather than a more standard material for the style and really dolling it up with the fur-collared double-breasted A-line coat. I’ve selected more modern, grown-up interpretations of these. I recommend finding a coat that is conducive to dramatic movement — an Atomic Blonde coat, if you will. Nothing takes violent action to the next level like the swirly WHOOSH of a coat.

Kayla has written 470 articles for us.