According to the wedding website my fiancée and I are using, we’re getting married in exactly 137 days, nine hours, and 28 minutes. The website also includes a “seconds” barometer for the countdown, but I could do without that level of granular planning! To be honest, I could do without the countdown entirely. As I’ve written about a bit already for Autostraddle, I’m getting married this summer and I’m actually, for the most part, really enjoying the planning process. But give a Capricorn a countdown, and she’s going to feel a little anxious!

Due to the enthusiasm of our readers and of Autostraddle’s senior staff (a couple of whom are also now engaged!), I thought it would make sense to write a dedicated wedding column as our wedding site continues to (un)helpfully count down the days, hours, minutes, and seconds (lol) to the big day. Immediately after pitching this column idea, I became a little bit anxious. I’m not an expert, I’m not having a traditional wedding, and I’ve worked really hard to enact some boundaries around my personal writing that make it difficult to share as openly as I once did. Was I the right person to be writing this column? Would it be interesting and/or useful to anyone? Would it feel good to me? Was I being a little silly to add one more thing to my Wedding To Do List?

After I calmed down, I reminded myself that no one is an expert when it comes to being a bride or planning a wedding — unless they work in the wedding industry, and even then, no one has had a wedding until they, well, have had a wedding. And of course, it’s silly to worry about whether or not my wedding is traditional when writing for a bunch of queers. As for my own boundaries, I promise to listen to my heart and only share what genuinely feels good here. As a way to mitigate making this feel too much like a diary or a personal essay series (which it is not!), I’m going to do a good amount of interviewing other people — actual experts in the industry and fellow queers who are also planning weddings.

So without further ado, allow me to introduce you to my new little column called Blush and Bashful (please tell me you get the reference), running biweekly right here on Autostraddle dot come for the next few months, right up until my website wedding countdown hits 0 and I’m walking down the aisle to say I do. 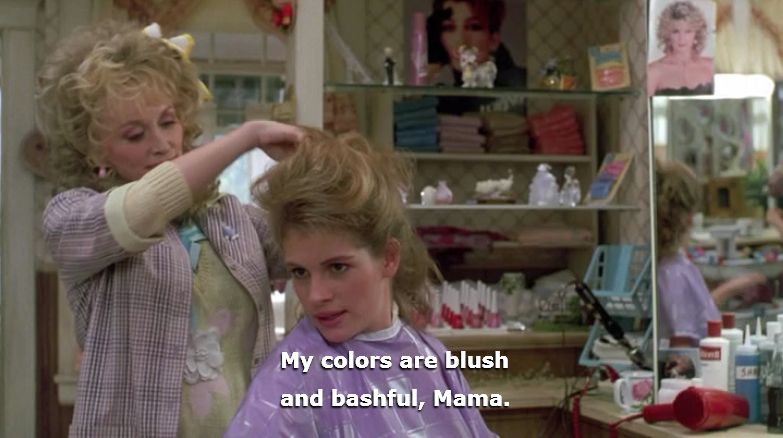 I’ve written this before, but the truth is I never really thought I’d be a bride. I wasn’t one of those girls who thought about my wedding when I was growing up. In 7th grade, my best friends and I had a notebook we passed between the three of us and wrote extensive notes in during class, and the two of them were always sketching their “dream engagement ring” or “dream wedding dress” and I just couldn’t relate. It’s not like I was so radical and anti-marriage — I fully thought I was straight back then, and definitely assumed I’d marry some guy — I just didn’t really care about planning for the future party. I was more interested in creating blackout poetry with print outs of Indigo Girls lyrics — go figure.

As I grew older, the idea of marriage seemed incredibly far away. Gay marriage wasn’t legal when I first came out, but beyond that, it just wasn’t part of the game plan for most of the queers I considered (and still consider) my chosen family. And I guess in some ways, I just wasn’t ready. I was in my twenties. I was having a nice time, or a terrible time, or a messy time, or just like, a time. I remember my most serious girlfriend from that time period was eight years older than me, and when we broke up I told her honestly that I just didn’t think I ever wanted to settle down with someone and build a life. She was convinced I was looking for someone else, and I wanted to assure her that wasn’t true. I think I’ll be alone forever, I told her. I think I like it that way. I don’t want to be alone forever, she told me, just as honest. We were in the basement of my favorite teashop trying not to make a scene. I didn’t get it.

I could explain it in so many ways, but I guess who cares. I wanted to be alone for a long time, and I was — and then one day I realized I didn’t want that anymore. I could find other ways to be “not alone” but I happen to have found and fell in love with a dyke who loves me and wants to grow old with me. We want to play Wingspan and have kinky sex and host dinner parties for our friends and drive to Southern Oregon and fly to Boston and raise babies and grow garlic and build a home together until we don’t want to anymore. And we want to get married and host a wedding to celebrate our love. So we’re gonna do it!

Perhaps shocking absolutely no one, as soon as I realized I was going to have a wedding, I slipped very easily into the role of Bride. As much as my younger self didn’t want to plan our a fantasy wedding to a mystery man, my 34-year-old self has embraced her earth sign femme sensibilities and feels as though she was born to plan a wedding. Growing up is weird and surprising and fun.

Here are some details about our wedding, along with the little bits of wisdom I’ve acquired from the experience so far:

So! That’s an introduction to me, my wedding planning, and the position from which I shall be writing this column. I’m excited for future installments where I’ll write about how to choose engagement rings, what shopping for a wedding dress as a fat dyke was like, the art of balancing traditions with creativity, and so much more. To conclude, I leave you with the most perfect Julia Roberts gif of all time:

Blush and Bashful is a biweekly queer wedding planning column.

Join A+!
Related:Blush and Bashful