Straddler On The Street: Cheryna, 21

Cheryna is one of the amazing campers who submitted to be a Straddler On The Mountain/Street in person at A-Camp in May, so I automatically love her! (Yes I really am that easy.) She currently lives in the Bay Area with her girlfriend Emily, another Straddler and camper, but I won’t say too much about her because she’s slated for her very own Straddler profile in the near future.

Cheryna was in the Bombshell cabin at camp, also known as the most adorable group of humans ever to throw each other not-so-secret birthday parties on the mountain and apparently also known amongst themselves as Team Twerk? I dunno, I’m not on the team, I just heard about it. Anyway! Cheryna is from Florida but “totally did the classic U-Haul” move with Emily last October – they made it from Florida to California in five days flat and now they’re taking the West Coast by storm. Read on to learn even more and to see a cute photo of a really cute cat, because it’s Monday and I know you need that. 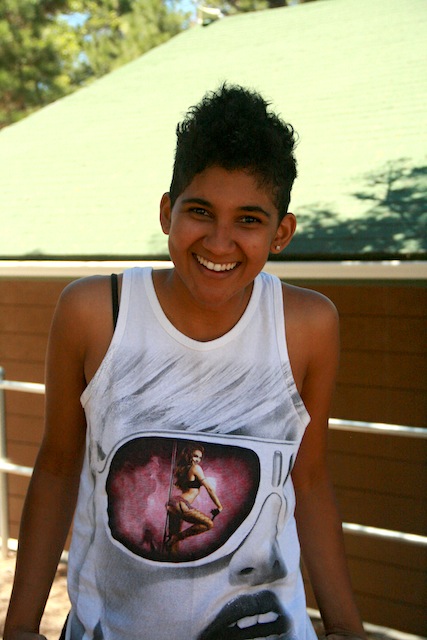 We met at university. We both went to Full Sail University in Winter Park, Florida. It’s a media industry trade school with university accreditation. [We met at] the first “GSA revival” meetup to make posters.

Cuties! So you decided to move together after you graduated?

It was after Emily graduated. I graduated a year before she did and had been working in the area. We started dating a handful of months before the move happened which helped. She was determined to move out to the Bay and I had been looking for the opportunity to move out of my folks’ home and see if I could establish myself on my own without the backing of my family. Which is really hard.

Yes, it is very hard. Do you have a good relationship with your family?

I do. My siblings are amazing, the few cousins I’ve got down there and my aunt and uncle. They are all so supportive and always want me to move back because they miss me and whatnot. My parents are supportive, or as much as they can be. They don’t really being up the issue that I’m a lesbian but I think the move has really started to change that.

Sometimes moving can help a parental relationship so much. At least that was my experience.

Agreed! It’s been the most helpful with my mom since she calls me every two days!

Oh man, my mom gets sad if we don’t talk every day.

Oh my mom wishes I’d call her everyday. But I mainly just call to find out recipes and to see how the rest of the fam is doing.

Yes I totally do that as well, but then she gets cranky… you mentioned in your Straddler submission that you are of Dominican descent. Is that an important piece of your identity?

It is. It’s how I [had] built my life before I came to Oakland, where there are no Dominican people that I’ve been able to find and talk to. Also no Dominican food which is how my mom [tries] to rope me back home. She sends me pictures of all her creations and I just drool on my phone. But I have been learning and can make some mad delicious stuff and and and have even been teaching Emily a thing or two.

Awwwww. Do you have any thoughts about being queer and Dominican? I know that’s kind of a loaded question but I’d love to hear your perspective.

That’s so funny that you mention that because last night I went to an event called “Girl Talk” and one of the speakers talked about that very same question, different pieces making our identities whole. I’ve never actually seen my Dominican part and my queer part as two separate things. I was born Dominican-American and grew into my queer self.

That makes a lot of sense.

I haven’t put much thought into my own personal story of intersectionality, because I’ve never had to mark a line in the ground to where one [identity] ends and another starts.

That’s great. And again, thank you for sharing your thoughts. I like to ask the intense questions first so I can follow up with cute questions like, “Tell me about your cat!”

Whenever you are ready!

Her name is Izzy. She’s 7 years old and pretty compressed compared to other cats her age. Which is totally adorable and makes everyone fall in love with her in a second.

Tiny. She’s tiny and chubby. Nobody put her in a compressor or anything of the sort.

HAHA WHEW. I just wasn’t sure what I should be thinking…

Hahaha no, she’s just a chubby baby, a big baby really. She wines and dines me all the time.

Oh my god send me a picture. Maybe all Straddler profiles moving forward will have cat pictures… 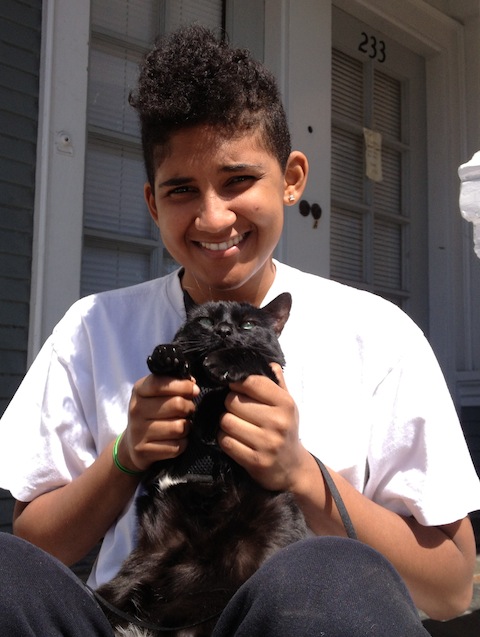 what if every straddler profile moving forward includes a photo of a cat? even if the person being profiled doesn’t actually own a cat? WHAT THEN?!

I’ll work on it! Okay so you and Emily are in California and you have the cutest cat… tell me some things you do with your days!

Well about a week ago Emily made a tumblr entitled “me and girlfriend and my cat.”

Emily is the best at tumblr.

She wins at tumblr… [What else do we do with our days?] We take random adventures. We’re new to the area [so we] don’t know jackpoo.

Tell me about one of your most recent adventures.

We had just finished doing laundry one late night. We loaded up the car with all the clean clothes, and I realized that one of the headlights was out. But Emily and I had already agreed on going to Fentons Creamery and getting choco milkshakes, cheeseburgers and french fries. There was no going back on the idea. So we braved the 10 minute drive to get there. Emily kept saying, “We are so going to get pulled over,” and I was like, “No way, it’s so close there’s no chance.”

We did get pulled over. I panicked and explained to [the police officer] exactly what we were gonna do. We got a warning notice. But we still went to Fentons and enjoyed our police encounter / headlight out / driving extraveganza!

Oh my god I love that you explained what was going on honestly to the policeman.

I had to! And as he was walking away I wanted to open the door and let him know that we were going to be passing through again and to not stop us but that wouldn’t have worked out so well for me so I didn’t.

Haha, that is a wonderful story. Next I wanna talk about A-Camp! How many have you attended?

Can you tell me a little bit about your camp experiences?

Why not! September camp, I didn’t really know what I got into. Emily told me all about the first one and I couldn’t miss out on the second one. It was a very different space. All these awesome people talking about issues that either I’ve been avoiding or haven’t even stopped to consider in my own life. On the flip side, all the laughing and joking and bonding with cabin mates and non cabin mates was more than words can say.

I’ve never had an actual queer community and September camp was the first one I’ve been a part of. It’s strange not knowing what you’re missing out on until you experience it and then BAM! more pieces fit into the jigsaw.

Yes that is so real.

I took May camp really slow because of that and tried to connect more with strangers and attend more workshops than panels because of the smaller group setting. I loved nerdcrafting.

I’m so glad you had a good experience at both camps. Switching trajectories, what are some of your favorite movies?

Favorite movie of all time is Lara Croft: Tomb Raider because yes. I’ve also been really into Bollywood for quite some time. Two good [Bollywood movies] that I recommend are Kuch Kuch Hota Hai and Bachna Ae Haseeno.

Ash is one of my favorites of all time. Autostraddle did an article about Malinda Lo and that book. It’s why I picked it up and read the shit out of it.

Yes, we interviewed Malinda Lo! This question is silly but it’s my favorite: do you have any celeb crushes?

Hmmm… Amy Adams and Heather Graham. I don’t know why [I have a crush on] Heather Graham but I do. Oh, I just thought of a third! Zoë Saldaña. She’s one hot Dominican.

I LOVE HEATHER GRAHAM. I think it was Austin Powers: The Spy Who Shagged Me, to be honest. Much to my chagrin.

It must be Austin Powers because I can’t explain why I love Heather so much.

I was looking at lesbian websites during the second or third months of university, like November/December 2009, and found Baby Autostraddle and Autowin.

Yes, I love when people have been reading forever. It makes me feel safe.

Come into my arms of safety.

Even though the road may seem dark, there is always a street lamp coming up. It’s something I said to myself earlier this week. I was talking about work, the lack of it really. It ended up being my way of staying motivated while looking for all kinds of new opportunities. So, AS community, never give up on the fight! 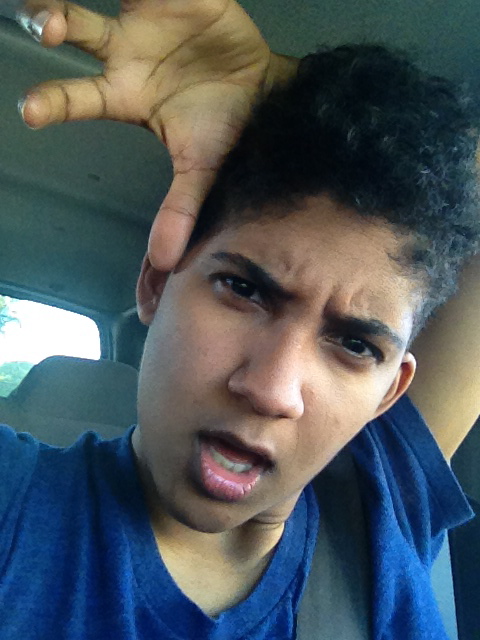 “never give up on the fight!”