A 9-year-old me sat cross-legged on my bed with a sticker album on my lap. I’d flipped to the New Kids On The Block page, where the floating heads of Joey, Donny, Jordan, Danny and — whoever the other guy was — made eyes at me.

I stared long and hard at their smug little faces. I had to marry one of them — but who? They all looked the same. There was the guy with the hair, the weird one, the other guy’s brother, the cute one. I closed my eyes, did a little circle with my index finger, then plonked it down randomly. I’d landed on Joey.

Smearing poppy-red Christian Dior lipstick all over my mouth — courtesy of my mom’s unattended vanity table — I planted a dozen kisses in Joey’s general vicinity. Then, with a stray sock, I wiped the gunk off of my lips and stared long and hard at the page. It looked like the work of a love-sick super fan. Perfect.

Now, I was prepared. At recess, when my friends and I huddled around the monkey bars talking about NKOTB, and someone asked who I’d marry, I wouldn’t hesitate: “Joey,” I’d say, confidently. And if they wanted proof, I’d pull out the stupid sticker album.

Like boys, marriage felt totally irrelevant to me — which made me feel like a weirdo. To throw my friends off the trail, I became a fake NKOTB fangirl, pulling out my sticker book at every opportunity. New Kids were my (clean, unshaven) beards.

It didn’t take long for me to realize I liked girls as much as I hated boy bands, but I didn’t act on that knowledge until in my last year of university. Through a dating site, I met a helluva woman named G.

G was impossibly smart, beautiful, five years older, with a dark sense of humour. She loved hockey and her family. She even had her shit together, with a steady job, Honda Civic and mortgage. For reasons still unknown to me, she fell hard for a 22-year-old me: a blue-eye-shadow-wearing, no-car-having, 6th year undergraduate student with undiagnosed ADHD. A real catch!

We were quite the smitten kittens. I couldn’t imagine marrying her, but I could definitely imagine my stuff in her closet. Within months, we’d moved in together, adopted a rescue cat and come out.

As I’d expected, my friends and family had mixed reactions. The majority were surprised (“Wait, you’re gay?”), but delighted (“Hurray! You found love!”). A few needed time to get over their discomfort and/or denial (“But what about your New Kids phase?). A small handful asked incredibly inappropriate questions, mistaking me for an ambassador for all LGBTQ people everywhere (and forgetting the Internet existed).

But there was one inappropriate question I was kind of looking forward to. It was 2005, the year gay marriage had just been legalized in Canada (hurray!). People here were talking about it at dinner parties, mall restrooms, dentist offices. It was all over the media. And yet, precious few straight people asked us if we’d get hitched. For a time, I chalked it up to politeness, since our relationship was new and my partner is a private person. But years later, even after we’d celebrated a handful of anniversaries and bought two houses, it was much the same.

It began to feel less like politeness than homophobia. We realized that at weddings, we were always seated at the singles’ table, with college kids or the groom’s dead brother’s high school buddies (that actually happened). When conversations veered towards marriage, it was the cohabitating straight couples sitting beside us who were asked if they planned to get married — even brand-new couples. It would have been polite to ask G and I, who’d been together more than five years at that point.

The rare times we were asked, I’d laugh and say we were too cheap. “We’d rather put the money towards a trip,” I’d say. And then there was tuition, since we were part-time students, and the cost of owning a home. It seemed there was always something to replace or fix. We’d talked about it a lot, but the thought of spending thousands of dollars on a big party seemed needlessly extravagant.

Of course, money wasn’t the only thing that turned us off. Neither of us were comfy with the public spectacle of the thing, especially G. She didn’t like the thought of publicizing our private relationship. We also felt a bit blah about marriage itself, which can feel like an outdated institution. And there were practical worries, too — like how would we plan a big event, with so much on our plates?

We even worried if getting married would jinx us. We knew divorcees in their 20s. My therapist told me that couples who marry after eight years have a high statistical probability of getting divorced soon after. If we wanted to get hitched, we should do it soon, she said.

The cons were lengthy, but there were some definite pros: A big party! Seeing out-of-town family and friends! Presents! Fancy outfits! Romance! And, of course, validation of our relationship. We were tired of being treated like teenagers who hooked up at a party (or worse: roomates).

On several occasions, we got very close to pulling the trigger. At one point, we imagined doing a surprise wedding, using either a graduation or anniversary party as the pretense. Another time, we seriously considered a heli-wedding, which involved flying to a mountain meadow in a helicopter with just a marriage commissioner, photographer and witness. More than once, we figured we’d just elope.

But we stayed on the fence, thinking that marriage could wait. Having a baby was different. Once we’d decided we wanted to start a family, we got to work. By some miracle, I got pregnant with our daughter in 2012. As ambassador lesbians, we knew we’d face all kinds of inappropriate questions again (try the Internet first, people!), but this time, we had a communications plan. When people asked how we got pregnant, we’d say “with some help” (or when people were jerks: “doggie style”). We were going to be assertive, but funny. 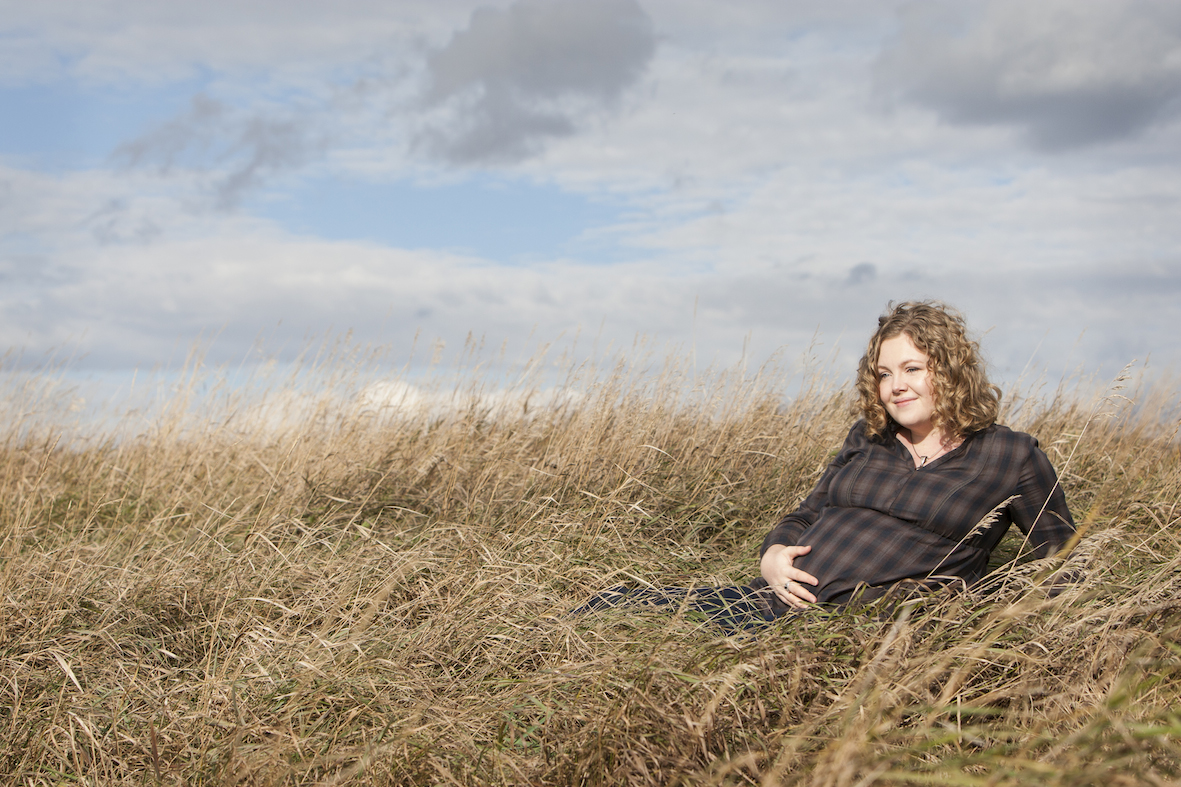 As expected, people asked personal questions — including one we hadn’t anticipated: “Are you going to get married?” I was shocked. Now that a baby was in the picture, people were finally asking the question. Like before, I joked about being cheap (ha ha) but now I wasn’t sure how to answer…or if I liked the question. Why were they asking now, eight years into our union?

All we can do is speculate. But there’s one thing I know for sure: the idea of marriage has taken root again. We wonder if it’s the best thing for our daughter. After all, we want her to be proud of her family and, if getting married validates our relationship to the community, maybe that would help.

She’s only two years old, so hypothetical questions aren’t really in her vocabulary. But it doesn’t stop me from asking her what she thinks.

Like my daughter, I’m still wrapping my head around the idea of marriage. I can’t imagine getting hitched any better than I could as a nine year old. The idea of walking down the aisle without tripping, saying vows and standing beside my shy wife in front of a crowd of people, is all a bit boggling.

But I can totally imagine my daughter as a flower girl, dressed in a frilly white dress and hat, skipping along in black patent mary janes, with a basket of rose petals. I can see her beaming with pride and excitement. I can imagine her telling her friends at school about her moms getting married.

So, if she wants us to get married one day, I’d say yes — and I know G would, too. But for now, we’ll worry about finishing up school, fixing the roof and planning a trip to Florida.

Caitlin Crawshaw is an award-winning writer living in Edmonton, Alta., with her partner and daughter. As a freelance journalist, Cait writes mainly about health, science, business, and education. As an creative nonfiction writer, Cait channels her urge to over-share into essays and literary rants. Sometimes, she paints and illustrates, too.

Caitlin has written 1 article for us.