I don’t really know how many times you’re allowed to show up to an event or comment about it on the Internet before it starts to weird people out. Right now, with SIGNIFIED, I’m probably somewhere between there and that step where you start making your own merch for them and selling it at their events. It’s not that I’m obsessed, it’s just that I’m really fucking excited.

I talked about SIGNIFIED last week in anticipation its arrival in DC for two screenings followed by discussion led by its creators, Anna Barsan and Jessie Levandov. In case you missed us discussing this last time, or the time before that, let me briefly refresh you. SIGNIFIED is a webseries and multi-platform documentary project depicting a diversity of individuals who have  recognized it as their right and their calling to have a voice in the queer community and in communities outside of that. Moved by their own experiences, as well as the experiences of others, they are individuals whose worlds have failed to reflect and represent their identities and lives, and who have decided to take their voices into their own creative hands. SIGNIFIED highlights the value of art and creation in activism; it’s about the compulsory need to TALK ABOUT IT. Whatever it is. Because, for an artist, no statement or sentiment will ever be as true as that moment when you’re making art about it. 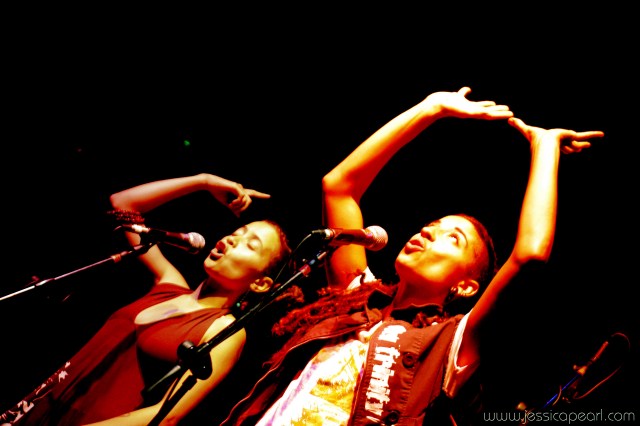 Barsan and Levandov spent last weekend with their film in DC, and although I originally planned to attend only the first screening, the moment I stepped into the first venue, it was clear that I had to stay as involved as possible with this project while it was in town.

Because, you see, there’s something to be said about physical space. Theoretically, I understand that queer people are everywhere; they have to be, especially in big cities. But most of the ‘mos I’ve encountered while living in DC for the past three years have more or less been quiet queers or party lesbians. Not that there’s anything wrong with that! I definitely find myself in both of those categories from time to time, but truth be told, I’ve struggled to find strong, self-assured, unapologetic young queer people (and especially queer women) who have found it within themselves to come out, and who have also kept their queer identities relevant in their everyday lives. People who realize that it’s not wrong to still be struggling, and that being proud doesn’t end with your rainbow phase. 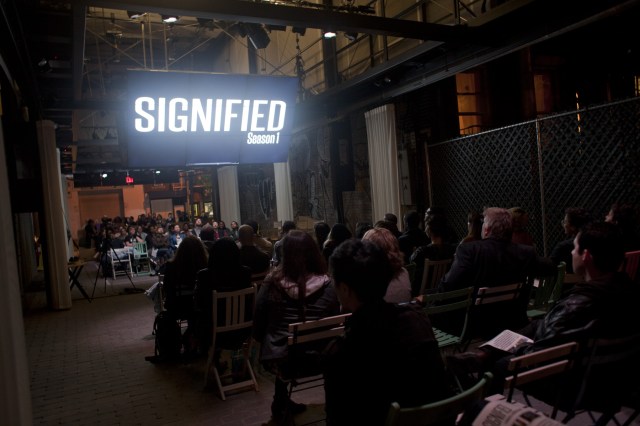 Look at all these cool people watching this cool film. Don't you just want to know them all? Via thisissignified.com

That’s the beautiful thing about SIGNIFIED — the creators and the project are living what they’re talking about. Barsan and Levandov interview people who sought to create space and to give voices, and in turn, with their documentary, they go and create those spaces themselves. It’s a process that feeds into itself, and it’s a mission that’s true to itself as well. As Brooklyn Boihood founder Genesis Tramaine says in her interview, creating spaces for ourselves is self-care. And that’s a reason that SIGNIFIED – as well as all of its interview participants – is so important. Because no one else is going to create those spaces for us. Because anyone who has struggled with identity knows that it’s hard to believe that you exist until you see yourself reflected somewhere else. We are stronger than we know because we can create this space. We can be seen in the way that we want. That’s real.

As a person who finds her activism in writing, I’ve always worried about being pigeonholed as an LGBT niche journalist. I was worried that the things I would have to talk about and the events and issues I would cover would dwindle down until I was left alone sleeping on a pile of irrelevant newspaper clippings (do newspaper clippings even still exist?) with a faded ‘You Do You’ sticker on my laptop. But it’s becoming increasingly clear that that won’t be the case. Because the conversation isn’t over. It’s not even anywhere close to ending. Despite the ‘gay agenda’ being moved forward via legislation, identity is becoming even more relevant. As we move closer to a world where gay people are legally considered equal, it becomes more and more important to assert our difference and to demand respect for our various identities. Because there is nothing wrong with them! There’s no reason to be ashamed. That’s why we should get to have the same things. Because yes, we’re different, but we’re not wrong. 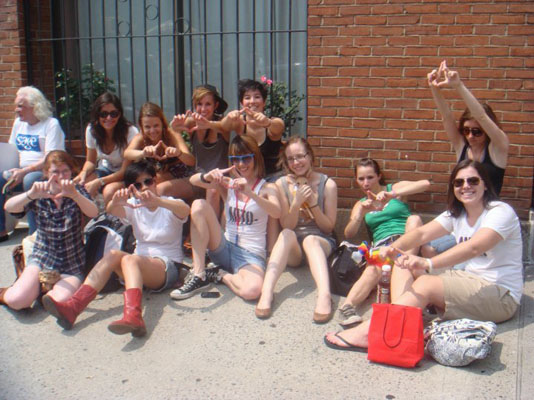 the auto-family also makes me feel this way

SIGNIFIED, as well as the conversations it has and the spaces it creates, is important because it reminds us that activism exists in every day living. As in, sometimes existing is the biggest tool in activism that we have. That’s the thing about visibility — it makes existing easier. Because for some people, coming out to themselves is as loud and as powerful and as earth-shattering as occupying Wall Street.

SIGNIFIED’s next event will be a panel discussion at the New School in New York on Sunday, November 20. Help support the project and keep these two rad independent artists going here.