/I’ll admit, it’s been awhile since I tuned in to a new network sitcom. I still watch black-ish and mixed-ish faithfully, of course, but with an anxious pandemic mind and a filled-to-capacity TV tracker, ya girl wasn’t actively seeking out 22 minute time-fillers. And then I found out that Sasheer Zamata (of Saturday Night Live and Woke fame) would be playing queer on ABC’s new family sitcom, Home Economics, so I checked out the first few episodes! 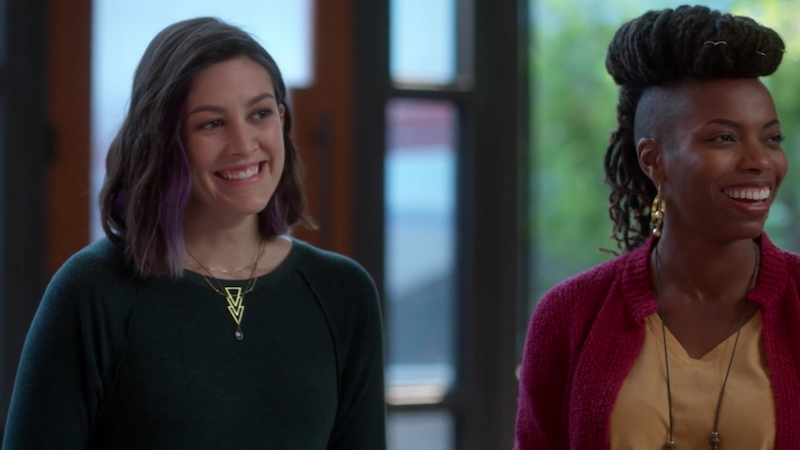 Home Economics centers on the three adult Hayworth siblings, “one in the 1%, one middle-class, and one barely holding on.” That’s right, we’re tackling class (sort of) and money (kinda) with this one. Each episode, thus far, begins with narration from eldest sibling and struggling author, Tom. Unbeknownst to his siblings, Tom aims to recover from his recently flopped novel by writing a book about his family. The somewhat dopey yet business-savvy youngest brother Connor is the 1%-er who won’t let you forget that he bought his new house from Matt Damon.

And that brings us to middle-child, bottom rung of the sibling economic ladder, and lesbian sister Sarah who, we find out in the pilot, just lost her job as a therapist for low-income, at-risk kids. Sarah and her wife Denise (Zamata) live in a small Bay Area loft with their two kids, Shamiah and Kelvin, and, lest you forget they are pewrs, they drive an older model car with roll-up windows. Rounding out the cast is Karla Souza, whose performance as Tom’s wife, Marina, is fantastic! 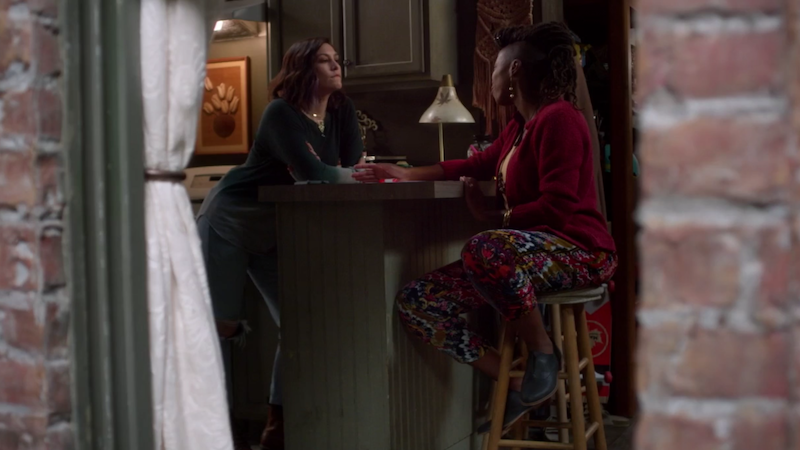 Sarah and Denise have an easy way of communicating that feels authentic, and both actresses bounce off each other extremely well. So far, Zamata’s Denise has played the voice of reason, constantly reining in her wife who often gets carried away, but I really hope we get to learn more about Denise separately from Sarah. I routinely got genuine laughs every time Denise was able to get through to Sarah with just a Look. You can tell that Sasheer Zamata has given many a well-meaning white woman that very same Look, and it is relatable as all heck. 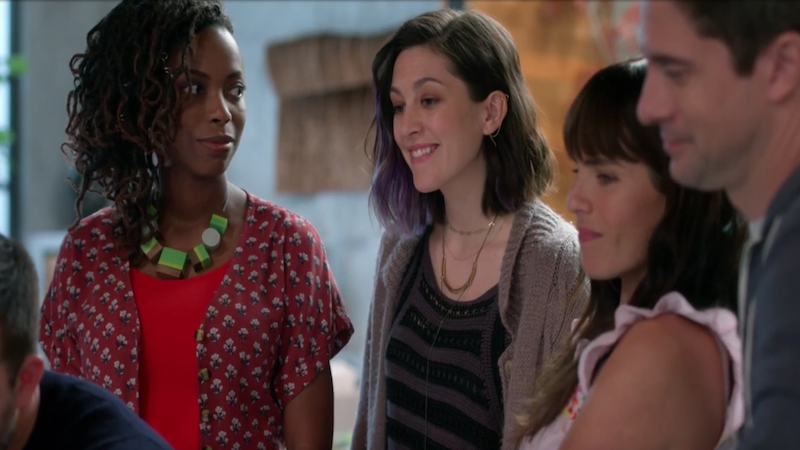 Pilots are notoriously difficult, and the first few episodes of Home Economics definitely aren’t perfect. They lean fairly heavily on Sarah and Denise as “woke” (ugh, I hate that word, but it fits here) queer archetypes (they’re vegan! Their kids ask what their cousin’s dolls’ pronouns are!) rather than as people, so I’m hoping as the show progresses, we get to see a bit more depth; or at least, as much depth as a 22 minute sitcom can get into. But without giving much away, there’s a plot line about Sarah and Denise’s differing opinions on weddings that I thought did a great and hilarious job of capturing very real conversations that I’ve had with my queer friends and even with my family about the topic.

I’ve had a lot of fun with the first few episodes of Home Economics, and I hope future episodes give Sasheer Zamata a bit more to do than just react to her in-laws’ white nonsense, even though those reactions are hilarious. If you’re looking for something light and easy with a dysFUNctional family dynamic and casual queer rep, I definitely recommend checking it out.