Secretary of Defense Leon Panetta has announced that the Pentagon will start providing some benefits to same-sex couples in the military. According to Out-Serve SLDN, the benefits that will be extended all fall under the Family Well-Being category, and include the following: 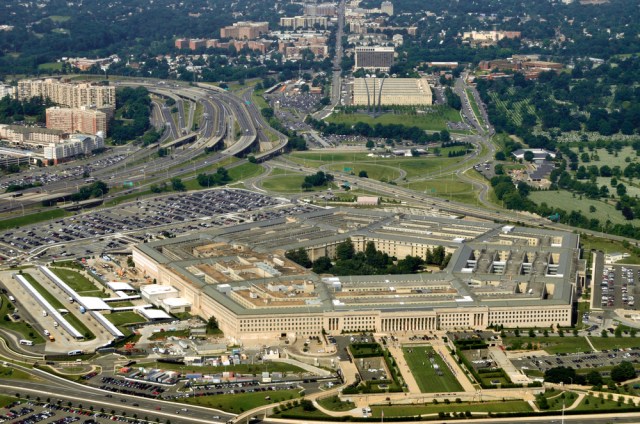 The Pentagon hopes to extend these benefits by August 1st, but has committed to extending them by no later than October 1st, 2013. They also do a remarkable amount of realizing that not all states recognize domestic partnership or equal marriage, so they erase that location privilege by requiring same-sex couples to sign a military-created document called a “Declaration of Domestic Partnership” rather than relying on the current legal status of a same-sex couple’s relationship.

You may notice a few huge somethings missing from that above list, though. There are so, so many benefits that the military is legally unable to extend to same-sex military couples because they are blocked by the Defense of Marriage Act (DOMA). Things such as medical and dental care, command sponsored visas to accompany service members stationed abroad and survivor benefits.

This has been hailed as the Pentagon going just about as far as it could possibly go with DOMA still in place. Allyson Robinson, Out-Serve’s executive director, is quoted in Queerty:

“Secretary Panetta’s decision today answers the call President Obama issued in his inaugural address to complete our nation’s journey toward equality, acknowledging the equal service and equal sacrifice of our gay and lesbian service members and their families,” Robinson said. “We thank him for getting us a few steps closer to full equality – steps that will substantively improve the quality of life of gay and lesbian military families.”

And Defense Secretary Panetta acknowledges the artificial ceiling that DOMA puts on his and the military’s options in the matter:

Additional benefits, such as health care and housing allowances, are by statute currently only available to spouses and therefore cannot be made available to same-sex domestic partners of Service members under current law. In the event that the Defense of Marriage Act is no longer applicable to the Department of Defense, it will be the policy of the Department to construe the words “spouse” and “marriage” without regard to sexual orientation, and married couples, irrespective of sexual orientation, and their dependents, will be granted full military benefits.

It seems that Leon Panetta and the Department of Defense have dispensed this information with the authority and efficiency of the U.S. military, just as they handled and continue to handle the repeal of Don’t Ask Don’t Tell. It’s something to get psyched about – baby steps. And hopefully seeing this kind of statement from the U.S. Department of Defense will be enough to support the repeal of DOMA, which is being heard by the Supreme Court this year in the form of U.S. v. Windsor. Even with people in power constantly coming to the defense of the LGBT population and marriage equality, it’s been a little tough for me to personally get psyched about this development because the military needs to drastically overhaul the way they care for all their personnel and veterans. Take, for example, the article in Esquire about the sniper who killed Osama bin Laden who now has basically nothing to show for his sixteen years in the military, not even a job.  And that kind of overhaul in benefits and care for everyone, it just seems like such a daunting task. There are so many baby steps there that sometimes it’s hard to remember to just put one foot in front of the other.

In the meantime, if you’re one of the service members affected by this huge news, you can learn more by going to the handy Out-Serve FAQ. Out-Serve SLDN is the “association of actively serving LGBT military personnel and is a non-partisan, non-profit, legal services, watchdog and policy organization dedicated to bringing about full LGBT equality to America’s military and ending all forms of discrimination and harassment of military personnel on the basis of sexual orientation and gender identity.”